Chinese scientists say a new supercomputer is so fast it has successfully run an artificial intelligence model as sophisticated as a human brain.

The achievement puts the Newest Generation Sunway supercomputer on par with Frontier, the latest machine built by the US Department of Energy, which earlier this month was named the world’s most powerful.

The Chinese team used the Sunway machine to train the AI model – called BaGuaLu which means “alchemist’s pot” – with 174 trillion parameters, rivalling the number of synapses in the brain for the first time.

The results were presented at a virtual meeting of Principles and Practice of Parallel Programming 2022, an international conference hosted by the US-based Association for Computing Machinery (ACM) in April.

A member of the research team confirmed the presentation’s authenticity in June but asked not to be named because of the issue’s sensitivity.

Communication between the nodes at speeds of more than 23 petabytes per second, for instance, simulates a change of mind. One researcher said the machine’s parallel computing ability mimicked human thinking “like eating while watching television”.

By combining critical technologies such as hardware-specific intra-node optimisation and hybrid parallel strategies at a scale never seen before, the scientists said they had achieved a “decent performance” from the unprecedented “brain-scale” AI model. 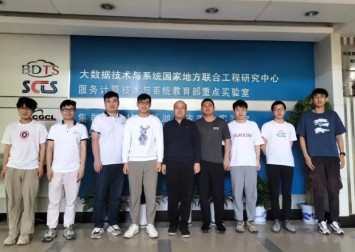 Like its predecessor the Sunway TaihuLight, the new machine uses home-designed chips with unique features such as energy-saving and broad communication bandwidth, according to publicly available information.

The TaihuLight, developed by the National Research Centre of Parallel Computer Engineering and Technology in Wuxi, in the eastern province of Jiangsu, was number one on the Top500 list of supercomputers from 2016 to 2018.

The list, which ranks the 500 most powerful computer systems in the world, has not received any Chinese performance data submissions in recent years. It is unclear why China, which has 173 machines in the rankings – more than any other country – stopped contributing to its compilation.

Some industrial experts suspect the Chinese authorities might want to withhold crucial information to avoid provoking unilateral sanctions from the US.

China has been developing three exascale supercomputers – capable of performing at least one exaflop of calculations per second – since 2016. It is generally believed these machines will reach the same level of performance as the new Sunway.

According to a social media post in Nov by Sunway user Zhejiang Lab in Hangzhou, eastern China, the new machine had achieved a speed of 4.4 exaflops. No further details were given.

Chinese supercomputers were once regarded by some critics as vanity projects, with limited applications in academic research or industry. But the situation has changed significantly, according to the scientists using these machines.

Researchers used the new generation Tianhe supercomputer – another exascale machine – at the National Supercomputing Centre of Tianjin, for the rapid screening and discovery of pharmaceuticals to combat the coronavirus.