A computer network cable is seen above a Chinese flag in this illustration photo from July 12, 2017.

China’s top cyberspace watchdog has ordered internet platforms to weed out and censor “unhealthy” content in its latest squeeze on Big Tech.

Guidelines issued by the Cyberspace Administration of China (CAC) on Wednesday (Sept 15) emphasised that online platforms are responsible for managing their content, and told them to enhance both their self-censorship and the censorship of content generated by their legions of users.

It is part of Beijing’s drive to create a “clean and healthy” cyberspace, free from the information it deems harmful to society, which has recently come to include apolitical content such as stock market analysis and celebrity gossip.

Tencent Holdings, one of the country’s biggest technology behemoths, was quick to show it was complying with the new directive, purging thousands of independent financial news accounts from its popular WeChat platform.

It is the latest in a long line of measures taken by Beijing to purge what it sees as unhealthy content from the online realm as part of an ongoing crackdown on the country’s enormous internet industry.

Last month, Chinese regulators ordered platforms including Weibo, China’s top microblogging site, to remove some of their celebrity content in a bid to reduce what they see as frenzied idol worship among young fans.

The authorities have also waged a campaign against “black mouths” – commentators who try to manipulate stock prices with online posts on various social media platforms.

“Some internet platforms still fail to have an adequate understanding of their responsibilities, and can’t accurately identify their roles, fulfil their obligations to the fullest degree, build out a comprehensive system or compliantly manage various practices online,” the authority said.

“Consequently, to some extent, illegal and unhealthy information was banned but not eradicated.” 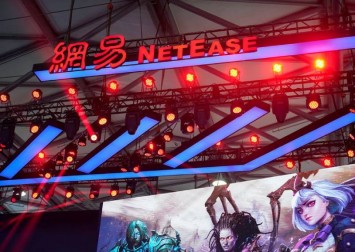 The new guideline spells out that platforms must follow the country’s political leadership and adhere to the principle that “the Communist Party rules the internet”, meaning they have to steer public opinion in the correct direction.

They must also accurately handle the procedures around sending out alerts to users and strictly control the frequency of these push alerts.

In a statement on Wednesday, Tencent said it had conducted an investigation into “self-media” outlets specialising in financial news and information. The term self-media typically refers to publishers that are independent of the country’s propaganda apparatus.

Tencent said that it had penalised 2,320 WeChat public accounts and purged a total of 29,160 posts from the platform. Among the banished financial news accounts is the popular Fortune Big Bull Cat, which it said has been “permanently silenced”.

While many accounts have been shut down for good, others will be muted for the next 30 or 60 days, depending on their individual circumstances, Tencent said.