E-cigarette companies currently operate in a regulatory grey area in China, as no national-level rules exist that provide standards for the safe manufacture and sale of nicotine salt-based e-cigarettes.

Are electronic cigarettes a safe alternative to smoking?

“E-cigarettes are sometimes viewed with suspicion because we have incomplete knowledge,” said Relx co-founder and head of R&D and supply chain Wen Yilong.

The company unveiled a new bioscience laboratory on Thursday to study the health effects of vaping.

It will also examine the impact of Relx products on animal cardiovascular, respiratory and nervous systems by testing them on mice. 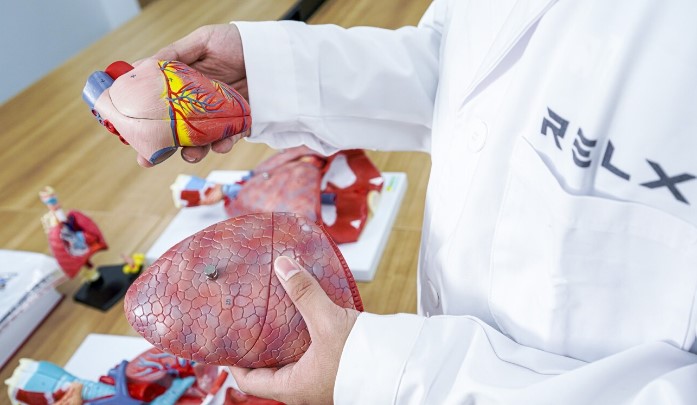 “The Relx bioscience lab’s mission is to explore the unknown,” Wen said at a press conference on Thursday. “We want to collect evidence through a scientific approach and strive to prove the potential for e-cigarettes to be less harmful, and in doing so, provide users with the option to choose an alternative.”

The move comes after recent regulatory crackdowns on online e-cigarette sales in China, which is the world’s largest market for smokers with 300 million smokers – or almost a third of the global total – according to the WHO.

Last November, state tobacco monopoly China Tobacco and the country’s tobacco regulator which oversees it jointly announced a ban on online sales of e-cigarettes in the country.

The notice required e-commerce platforms and individual online vendors to not only suspend online sales, but also withdraw any online advertisements for the products to “strengthen the protection of the physical and mental health of minors”.

On July 14, regulators also expanded the ban to short video and live-streaming platforms.

E-cigarette companies currently operate in a regulatory grey area in China, as no national-level rules exist that provide standards for the safe manufacture and sale of nicotine salt-based e-cigarettes.

Beijing-based Relx, founded by former Uber China head Kate Wang in 2018, is the biggest player domestically. It accounts for 68.8 per cent of the total market share, the company said, quoting data from Nielsen Research in April. 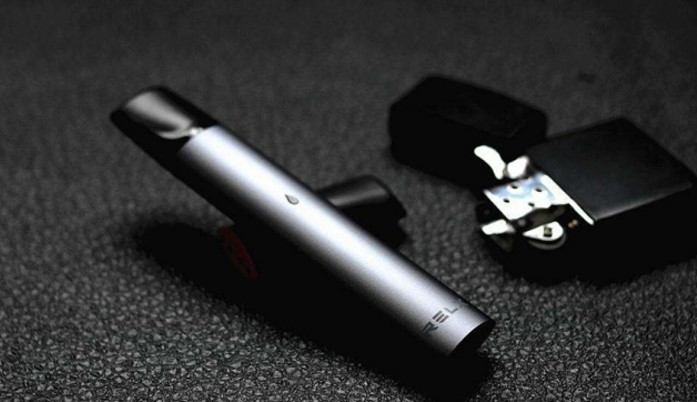 “As an innovative product, it’s inevitable that e-cigarettes face many doubts from the start,” Wang said at the press conference on Thursday.

“Many characteristics haven’t been answered scientifically, and that’s why we decided to advance to science.” Relx said on Thursday that it plans to partner more universities and scientific institutions in the next 10 years, and open more labs to study the long-term effects of vaping.

It is currently collaborating with six Chinese universities including the Sun Yat-sen University and Shenzhen Institutes of Advanced Technology, as well as two hospitals and nine scientific research institutions.

Before the November ban, online channels accounted for 15 per cent of the Chinese company’s sales. But it has moved quickly to adapt its strategy, opening more than 1,000 of its current 2,500 offline stores across China from January to May this year.

Relx products are now available at over 100,000 places in mainland China, including convenient stores and corner shops, and are also sold in 53 other countries worldwide. 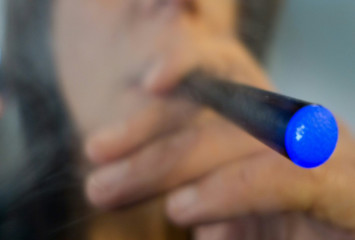 Other once-popular vaping brands, however, are not faring so well. Smartisan-owned Flow has only a dozen employees left after heavy job cuts, leaving many unpaid during the Covid-19 pandemic, according to Chinese news site Sina Tech.

Meanwhile Yooz, started by celebrity entrepreneur and Forbes 30 under 30 member Cai Yuedong, launched its new vape product in April at the price of only 9.9 yuan (S$2), compared to its usual price of around 100 to 300 yuan.

Shenzhen-based e-cigarette manufacturer Smoore International Holdings, on the other hand, recently reported a 40 per cent rise in profits for the first six months of the year.

The company, which sells half its products in the US and only 18.6 per cent in mainland China, became the world’s richest vape manufacturer after it raised more than US$900 million (S$300 million) in an initial public offering on the Hong Kong stock exchange in July.