A handout photo. Chinese smartphone giant Oppo has established a 5G research and development lab in Shenzhen, where the company is building its new headquarters. Comprising four interconnected towers that resemble fluid glass missiles, the complex is expected to be completed in 2025.

Chinese consumer electronics firm Oppo, the world’s fourth-largest smartphone vendor in the past three quarters, has teamed up with Swedish telecommunications giant Ericsson to pursue advances in 5G technology, with the goal to fill the void left by US-blacklisted rival Huawei Technologies Co in the mobile industry.

In partnership with Ericsson, Oppo last week unveiled what it describes as an upgraded communications laboratory in Shenzhen, where it will conduct 5G research and development activities – from software protocol updates and regional tuning to testing – for upcoming smartphones.

Oppo’s lab in Shenzhen, where the company has relocated from its previous base in the neighbouring city of Dongguan, will focus on exploring potential killer apps that could fully realise the promise of 5G mobile technology, while improving user experience in terms of power consumption, according to Chris Shu, Oppo’s vice-president and general manager of product strategy and cooperation.

Shu said Oppo will rely on its own software capabilities to push new developments in 5G mobile technology even though some of the lab’s equipment are sourced from abroad. “Many of the equipment came in without a code,” he said in an interview last week. “A box won’t be meaningful unless we develop the technology on it, so that we can explore the most cutting-edge technologies.”

This 5G lab by Oppo, China’s second-biggest smartphone vendor in the second quarter behind Vivo, marks the company’s latest high-profile move to position itself as a new force in Shenzhen, known as China’s Silicon Valley , which has long been home to Huawei.

Oppo is currently building its new headquarters in the city, where the highest of four planned towers will contain 42 storeys to reach a height of 200 metres, according to the website of its designer Zaha Hadid Architects. This complex is set for completion in 2025.

While Vivo, Oppo and Xiaomi have now become China’s biggest Android smartphone vendors, their combined efforts have so far not been enough to provide volume growth in the industry’s largest market as Huawei falls behind. Smartphone shipments in mainland China decreased to 74.9 million units in the second quarter, down from 90.7 million in the same period last year, according to data from tech research firm Canalys.

It has scrambled to adapt its operations to tighter restrictions imposed last year , covering access to chips developed or produced using US technology, from anywhere. The firm’s latest flagship smartphones, the P50 and P50 Pro, do not support 5G because of US sanctions. 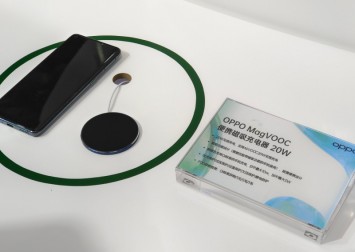 “Oppo’s moves to boost its premium device offerings, including incorporating OnePlus as part of that strategy, could help it seize the opportunity in the market,” said Yang Wang, a senior analyst at Counterpoint Research.

The operations of Oppo and affiliate smartphone brand OnePlus were merged in June, which is said to result in a 20 per cent cut in employees at the company’s software and devices teams, according to a report by Bloomberg last week.

Oppo did not immediately reply to a request for comment about that report.

While Vivo, Oppo and Xiaomi have recently launched new premium smartphone models, competition in that market segment is expected to intensify because Huawei remains a major domestic player and Apple ’s new iPhone 13 line has been launched with lower-than-expected prices, according to Counterpoint’s Yang.

Oppo and Vivo, both of which were helped to establish by Dongguan-based consumer electronics giant BBK Electronics Corp , were the world’s fourth- and fifth-largest smartphone vendors last quarter, respectively, with shipments of 33.6 million and 32.5 million units, according to Counterpoint.

Read Also
Don't buy Chinese phones, throw them away if you have, Lithuania says 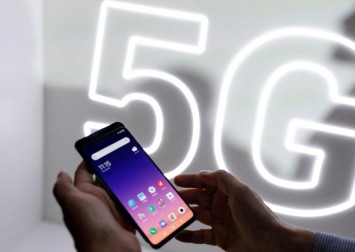 Beyond China, Oppo’s other top-performing markets the past year include Europe, where its smartphone shipments grew 177 per cent from 2019, and India with an increase of 115 per cent.

The company has pushed aggressively into Europe to meet demand for 5G smartphones amid the roll-out of the next-generation mobile technology in countries across the continent, according to Oppo’s Shu. It is working with major 5G mobile network operators, including Vodafone, Orange, Telefónica and Deutsche Telekom, to sell its latest smartphones.

Despite those initiatives, analysts see 5G as not a defining factor for most consumers to buy their next smartphone.

“User experience of 5G connectivity has so far been underwhelming among early adopters,” Counterpoint’s Yang said. “The realities of the 5G market is that among Android handset vendors, it is difficult to make their premium devices stand out among peers.”