More than 4,000 PlayStation 4 games have been published worldwide, according to a post on the PlayStation blog in March, but there are significantly fewer games available in the China market.

Japanese tech giant Sony has disabled a back door in the mainland Chinese version of its PlayStation 4 gaming console which allowed gamers to bypass China's strict content controls to log onto foreign servers and download games from overseas versions of the PlayStation Store.

In the latest system update this week, the back door - which could be exploited by holding down specific buttons while resetting the machine - appears to have been disabled, although some social media users noted that players that had already activated the back door were able to continue accessing foreign servers after the update.

Chinese gamers had been using the system back door due to the limited games available for the console in China, where all games have to be approved by authorities before becoming available to the market.

More than 4,000 PlayStation 4 games have been published worldwide, according to a post on the PlayStation blog in March, but there are significantly fewer games available in the China market.

Sony said in a news release in April 2018 that more than 150 games were available for its Chinese console, and data from the State Administration of Press and Publications in China shows that the government agency has only approved eight PlayStation games since then.

As a result, the system back door was "a critical secret feature for anyone who has bought the Mainland China version of the PlayStation 4", Charlie Moseley, founder of the Chengdu Gaming Federation, said.

Earlier this month, Reuters reported that a social media user on China's Twitter-like microblogging site Weibo attracted heavy criticism from thousands of Chinese game enthusiasts by posting that he had reported the PlayStation 4 back door to authorities.

Sony suspended its PlayStation Store in China earlier this week, saying in a Weibo post that the store was down for a "system security upgrade", without providing a reopening date.

Due to the ongoing suspension, new PlayStation users in China have no way to download games online and can only buy physical games on Blu-ray discs. 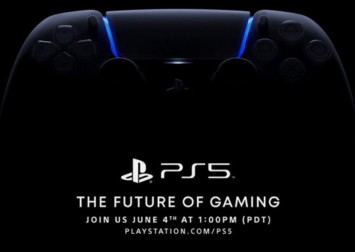 China lifted a 14-year ban on console gaming in 2014, and big players including Sony, Microsoft and Nintendo have all officially launched localised versions of their devices in China since.

Sony is a dominant player, with data compiled by Niko Partners showing that the PlayStation 4 accounted for nearly three-quarters of the 510,000 consoles in China last year.

But console companies have faced regulatory challenges to providing users with a variety of games.

The local version of the Nintendo Switch, which was launched last year to much fanfare and anticipation, has struggled to retain interest due to its lack of support for multiplayer smash hits such as Animal Crossing.

Since it only officially supports four games at the moment, gamers are instead turning to grey market, imported Nintendo Switch consoles that are going for as much as twice the regular retail price on e-commerce sites.

"After consoles were 'unbanned' in China a few years ago, there was a period of great optimism and apparent prosperity … but it has been a bumpy ride," said Daniel Camilo, a gaming business developer at game publishing firm APPTUTTi.