TikTok logos are seen on smartphones in front of a displayed ByteDance logo in this illustration taken Nov 27, 2019.

Chinese apps, led by viral short-video platform TikTok, made up five of the world’s top-10 earners of app store revenue in the first half of 2021, a sign of how digital spending habits have shifted during the Covid-19 pandemic.

ByteDance -owned TikTok, whose numbers include revenue from its Chinese version Douyin, was the highest-grossing non-game app from January 1 through June 23, both in overall revenue and sales derived solely from app store payments, according to preliminary data from app analytics firm Sensor Tower.

Consumers are estimated to have spent more than US$920 million (S$1.2 million) on TikTok and Douyin over the six-month period. 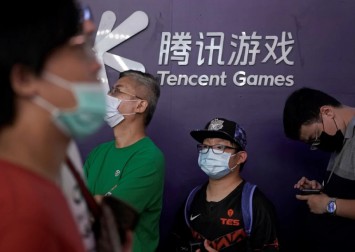 Worldwide consumer spending in mobile apps reached US$64.9 billion across Apple ’s App Store and Google Play, up 24.8 per cent year on year. Sensor Tower’s numbers for app store revenue in China only account for money made on Apple’s iOS, not the many Chinese app stores on Android.

Google Play is blocked in China.

Chinese consumers were already big mobile spenders before the pandemic, but this trend has accelerated during lockdowns and quarantines over the past 16 months. The entertainment sector has been the biggest beneficiary, especially streaming platforms and video games.

Chinese game developers have also continued to do well during this period, making up half of the top 10 revenue earners.

Tencent was again the biggest winner, with its titles Honour of Kings and PUBG Mobile, including the Chinese version Peacekeeper Elite, taking the top two spots, pulling in about US$1.5 billion each. Genshin Impact, from Shanghai-based miHoYo, came in third at US$848 million.

In the video-streaming space, competition has ramped up, with tech giants shelling out millions of yuan on exclusive prestige content to attract more subscribers. The deluge of content and rise of short videos has caused some friction, however. 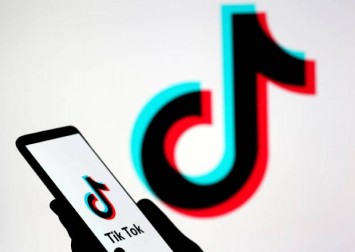 Earlier this month, iQiyi, Youku and Tencent Video all called out short-video platforms for allegedly profiting off of copyrighted content. Short video summaries spliced together from clips of popular shows have become popular on some platforms.

Although consumer spending on mobile has reached a record high, growth is slowing in some areas compared with the first half of 2020, which was the height of pandemic lockdowns in China.

For Google Play, however, spending growth picked up slightly, growing 30 per cent to US$23.4 billion, four percentage points higher than in 2020.

Download growth has also slowed. Across both stores, there were an estimated 72.5 billion downloads of apps and games, up 1.7 per cent year on year. This is far behind the explosive 25.7 per cent growth seen in the first half of 2020.

Not even TikTok has been immune. Combined with Douyin, the short-video apps saw downloads fall 38 per cent in the first half of the year to 384 million.