A popular Chinese childcare blogger has apologised for leaving her six-year-old daughter alone at home to punish her while the rest of the family visited an amusement park.

Zou Yue, also known as Zhou Yueyue, said she had wanted to teach her daughter a lesson about finishing her homework on time, but apologised to her 1.5 million Weibo followers after her “tiger mother” style of parenting triggered a public outcry.

The cartoonist and mother of three, who is based in the southern city of Guangzhou, said she now felt ashamed of what she had done and should be promoting “correct parenting ways”.

She continued: “I had a frank and good conversation with Xiaomi [her daughter] afterwards.”

On Saturday, the entire family went to Chimelong Ocean Kingdom in Zhuhai city except for Xiaomi as she failed to finish her “study tasks” assigned by her mother before they set off, according to a since-deleted post by Zou.

She was left alone from morning until midnight, when her father drove back home to pick her up after she finished the tasks plus extra assignments given by Zou as punishment.

The father took her to the park on Sunday only after she finished a new day’s assignment, and she “had a very good time in Chimelong”, Zou wrote.

“Before returning home, she told me, ‘I won’t waste time in future. I can only play after finishing my study tasks’,” Zou said.

Read Also
If you don't want your kids to be ill mannered, stop doing these 5 things 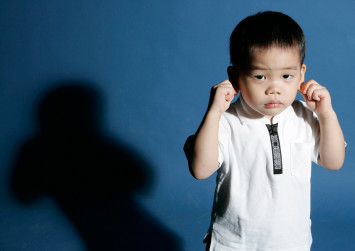 She said before leaving her alone, she taught the girl how to boil water and cook instant noodles. She kept tracker of the girl through remote surveillance and said a domestic helper and neighbour would have been able to help if needed.

She only agreed to pick Xiaomi up when the girl got scared at night and finished the assignments.

Many internet users criticised Zou for putting the girl in danger and setting a very bad example for other parents.

Some also are concerned about potential mental damage to the girl. “She may not remember how fun Chimelong was when she grows up, but she’ll definitely remember the fear of being abandoned at home all alone,” one user wrote.

“I’m very disappointed that many mothers actually supported her. If you’re like her, you’re pushing away the person who loves you unconditionally,” another said.

Chinese law does not specify how old children must be before they are left at home alone.