Move aside Xiaomi! Someone is faster than you in copying the designs of Apple's products.

Another Chinese company had managed to manufacture and sell clones of the Apple Watch at the International Consumer Electronics Show (CES) 2015 last week.

According to Mashable, one of its journalists stumbled upon Shenzhen-based Hyperdon displaying and selling fake Apple Watches in one of the smaller halls at the tech show.

Officially called "Smart Watch", the wearable looks like the Apple Watch with a crown at the side and a similar-looking interface.

"The watch's screen only displays when it's turned on, and many of its icons are blatant ripoffs of Apple designs. The pairing process took a few tries, but once connected to my iPhone 6, I was able to make phone calls and play music through the watch. It even vibrates when I get a call," wrote the reporter. 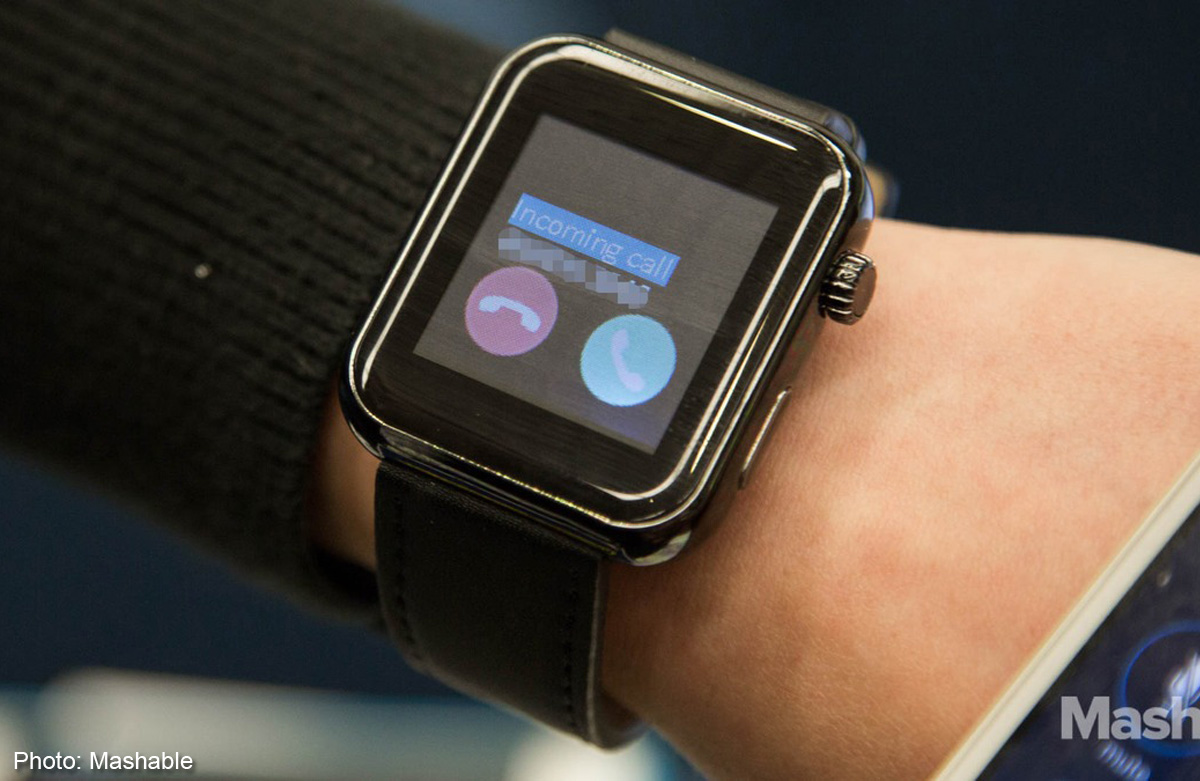 Mashable also reported that the Smart Watch has features such as a pedometer, stopwatch, alarm, and an "Anti-lost" function that the reporter has yet to figure out. It is also able to receive notifications from WeChat and other third party apps.

A Hyperdon staff reportedly told Mashable that the battery life of the Smart Watch is 180 hours.

The only thing that Hyperdon failed to copy from Apple is the price; the journalist was quoted a "wholesale" price of US$27 (S$36), although its retail price was US$30. In addition, the Hyperdon staff claimed that the Smart Watch is already available on retail shelves in the United States and China. 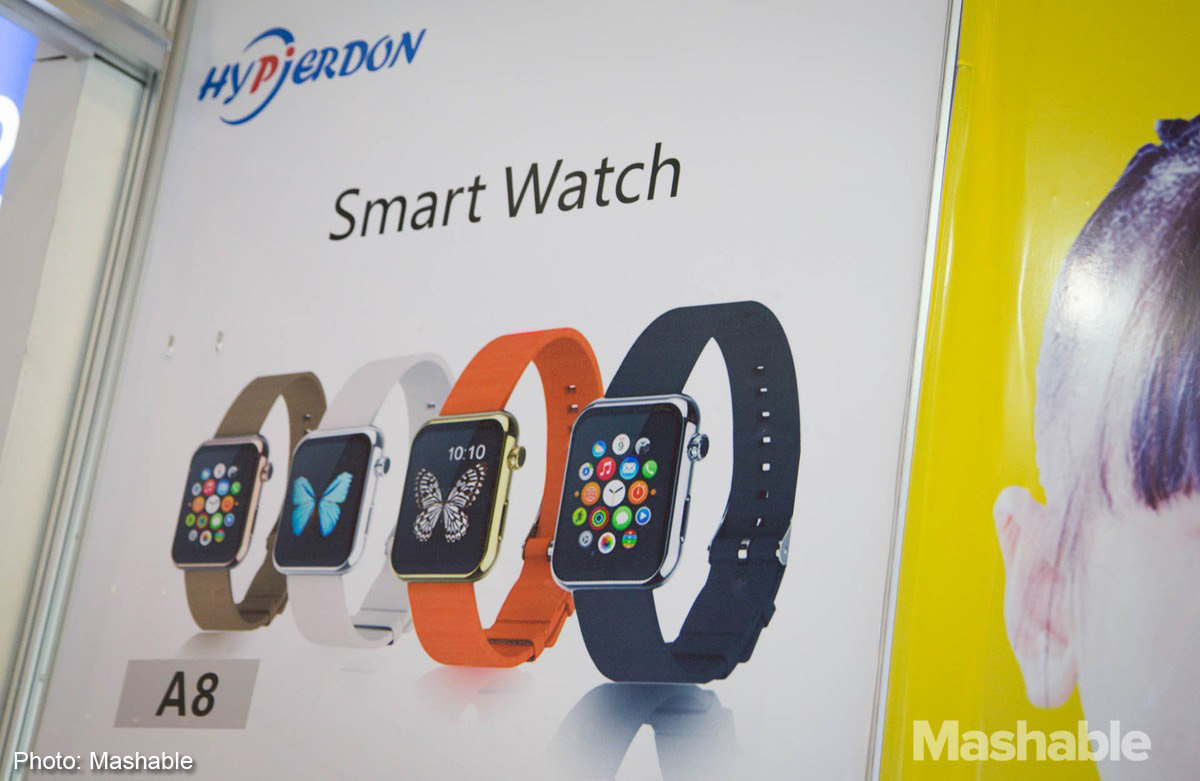 If you are waiting for the real deal, Apple states that it will be available early this year and the base model starts from US$349.