The logo of Alibaba Group is seen during Alibaba Group's 11.11 Singles' Day global shopping festival at the company's headquarters in Hangzhou, Zhejiang province, China, on November 10, 2019.

Revenue at internet companies in China grew 4.9 per cent year-on-year to 344.6 billion yuan (S$68 billion) in the January-to-April period, but the growth rate slowed from 20.2 per cent during the same period a year ago, according to the Ministry of Industry and Information Technology (MIIT).

Most of the revenue came from companies located in the tech-dominated eastern region of China - including Beijing, Shanghai, Zhejiang and Guangdong province - where companies generated 287.8 billion yuan of revenue with 5.7 per cent year-on-year growth, according to data released on Wednesday.

By the end of April, there were 3.59 million apps on the domestic internet market, while gaming apps retained a leading position with around 884,000 apps, representing about a quarter of the entire domestic market.

Although people have been turning to online services during the Covid-19 pandemic, China’s economy shrank 6.8 per cent in the first quarter, the first contraction since quarterly records began in 1992. 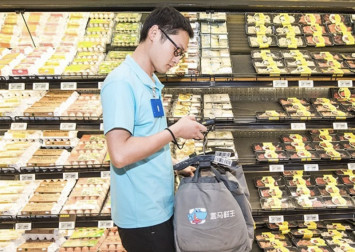 While online consumption in general has been boosted by lockdowns and social distancing, many internet-related businesses that intersect with the offline world have been hit hard and are cutting costs through lay-offs, salary reductions and hiring freezes.

The global health crisis, which has killed more than 355,600 people worldwide, has hit smaller Chinese tech companies the hardest.

However, some sectors such as online education, remote working and gaming, have seen a surge in their traffic.

The effects of the health crisis have also seen many traditional businesses turn to live streaming as an important new sales channel.

In April, the number of new merchants using Taobao Live grew by 150 per cent year-on-year, according to information from e-commerce giant Alibaba Group Holding. Alibaba is the parent company of the South China Morning Post.