A Chinese collection of non-fungible token cartoon monkeys is accused of plagiarising Bored Ape Yacht Club, one of the world’s most popular NFT projects, but the creator insists that his works are original.

The project, named Bored Wukong, features hundreds of 2D and 3D avatars of Sun Wukong, or Monkey King – a legendary character featured in the classical Chinese novel Journey to the West. Similar to most NFT avatar projects around the world, the monkeys from Bored Wukong come in different styles, including one dressed as painter Vincent van Gogh and another dressed as an Egyptian pharaoh.

NFTs – digital assets whose ownership and uniqueness are verified by blockchains – exploded in popularity last year, with digital artworks fetching tens of millions of dollars in auctions and online marketplaces.

While Chinese state media have repeatedly warned against the financial risks around NFT trading, vibrant communities of NFT enthusiasts have nonetheless popped up around the country.

The first Bored Wukong avatar, which was sold last November for 99 yuan (S$21) and resold in December for 1,888 yuan, is currently listed for sale at 8,888,888 yuan, according to the item’s transaction history on Chinese NFT marketplace NFTCN. 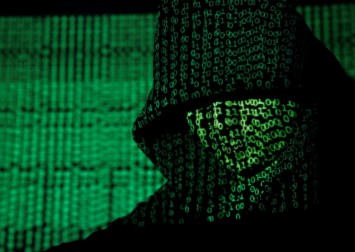 Wang Wendong – creator of Bored Wukong and a lecturer at the Central Academy of Fine Arts in Beijing, according to the project’s website – defended his works in a WeChat article, saying that the face shape of his monkeys is different from that of Bored Apes. Wang said that he manually drew each of the monkeys to make sure everyone was wearing different clothes and accessories.

Wang also invoked examples of celebrities who supposedly look alike – such as actors Heath Ledger and Joseph Gordon-Levitt. “If we talk about film stars, then people will no longer think of plagiarism. Instead, they will just say the stars look similar, right?” Wang wrote. The artist then suggested that his detractors may be attempting to bring down the prices of Bored Wukongs.

Wang and Yuga Labs, the US team behind Bored Ape Yacht Club, did not respond to a request for comment sent by the South China Morning Post on Friday.

Wang, who has released 390 Bored Wukongs so far, currently ranks as the second most popular creator on NFTCN by transaction volume. The Chinese NFT marketplace uses its own ethereum sidechain – a blockchain that runs in parallel to Ethereum Mainnet and operates independently. Items on NFTCN are traded in yuan.