A handout photo. Overseas users – many of whom are Chinese – are turning to online health consultation services backed by Chinese tech companies amid the pandemic.

Concerned about being infected with Covid-19 but reluctant to venture out for a check-up? You are not alone and solutions are out there.

Overseas users - many of whom are Chinese - are turning to online health consultation services backed by Chinese tech companies, as more countries around the world impose lockdowns to fight the pandemic.

Service providers Baidu, JD and Chunyu Doctor have seen over 320,000 queries combined from overseas users since they launched their free-of-charge telemedicine consultation platforms earlier this month.

This surge follows increasing demand for online health services at home amid the coronavirus outbreak - which can be spread by respiratory droplets and human-to-human contact. The disease first triggered public alarm in January in China, resulting in the lockdown of the original epicentre in Wuhan and other areas of Hubei province.

"While some technologies, such as AI-enabled fever-detection devices, are being rolled out quickly in response to the outbreak, other developments, such as the widespread adoption of electronic medical records, could improve the system's efficiency and transparency in times of crisis," it said.

Alibaba is the owner of the South China Morning Post.

There have been hundreds of thousands of inquiries from overseas users since the platform was launched, according to Alibaba Health.

The number of daily queries has jumped nearly three times week-on-week over the past seven days, said Alibaba on Tuesday, adding that staff from nearly 200 Chinese embassies including those in the US, Japan, Italy and Germany have been active on the platform.

Baidu said on Monday that its platform has provided over 250,000 medical consultations to overseas Chinese users, while total domestic queries had reached over 32 million since the outbreak. 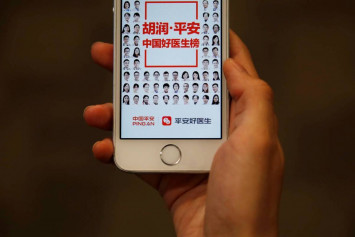 The consultations are backed by an online medical team composed of doctors from public hospitals who have received training in the diagnosis and treatment of the novel coronavirus, according to the company.

JD Health, the subsidiary of e-commerce giant JD.com, is also offering 24-hour consultations to overseas users. Over 300 doctors on its platform had received over 50,000 inquiries as of Friday, including 3,000 in English.

The JD Health platform has in total attracted over 3.2 million visitors, according to the company.

Chunyu Doctor said its platform had provided free medical consultations to over 20,000 overseas users in more than 30 countries since its launch a week ago.

Most of the incoming inquiries have been from Italy, the US and Spain where the outbreak has spread quickly in recent weeks, according to the Beijing-based start-up.

More people have died from Covid-19 in Italy than in China. The pandemic has now infected over 332,000 people and caused 14,510 deaths globally as of Monday, according to the World Health Organisation. Britain is the latest country to impose a national lockdown.