Technology companies have long been among the most generous with employee perks, dangling carrots ranging from unlimited leave to free meals.

The reasoning was that hiring the best talent was hard, keeping them was even harder in an ultra-competitive industry and required more than just a relaxed dress code and stock options.

In China, tech companies have been known to send employees to Europe for team building exercises. Others hand out the latest iPhones to employees as a reward. The flip side of the perks was the hard-charging "996" culture, short from 9 am to 9 pm, six days a week.

At Beijing-based search-engine operator Baidu, extravagance is under review. Once ranked among the biggest tech companies in China along with Alibaba Group Holding and Tencent Holdings, the company founded by Robin Li Yanhong has seen its stock price slump 34 per cent this year. After a first-quarter loss and warning by Li at the start of the year that "winter is coming," the company is in cost-cutting mode. 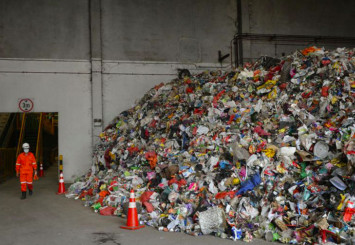 In a notice published on Baidu's internal website on Tuesday, the company criticised extravagant behaviour such as staying at five-star hotels for team-building activities, flying business-class or first-class on business trips, and dining at high-end restaurants.

It also frowned upon wasteful actions such as using three to five pieces of hand towels to dry hands when one would do the job, not switching the lights off when leaving the office, and using disposable paper cups when employees can bring their own cups.

"Cutting cost and anti-waste is the basic management requirement for any company, which wants to have a long-lasting business to provide true value to the society, industry and users," according to the notice, the contents of which the company confirmed. "But our management and co-workers have gradually lost the cost awareness as the industry boomed and the company grew. The behaviour of waste happens frequently."

The article went on to exhort employees to adopt an ownership mentality of "living a frugal life", examining unreasonable expenses and avoiding waste at the workplace. It was based on a meeting between Li and senior executives of the company, according to Baidu.

In May, the company posted its first-ever quarterly loss since its initial public offering in 2005. In August, after the company posted a 62 per cent slump in quarterly profit, Li said in a letter to employees vowing "groundbreaking changes from top to bottom, involving company structures, personnel moves and business consolidation". He promised the changes would bring about "positive and profound impact, enabling Baidu to walk farther and steadier". 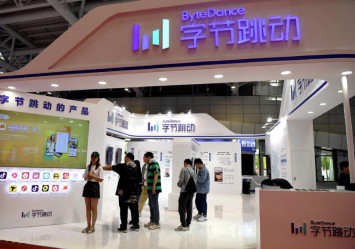 Baidu has had a stranglehold on search in China with 70 per cent of the market, especially after Google exited in 2010.

But a shift in internet usage patterns has chipped at that dominance, with the rise of self-contained super-app ecosystems by rivals like Alibaba and Tencent.

Meanwhile, new competition in online search has come in the form of ByteDance, which operates the popular short-video app Douyin - its international version is TikTok - and news aggregation app Jinri Toutiao. The start-up said recently that it was building a "general search engine for a more ideal user experience".

Baidu has invested heavily in autonomous driving and smart speakers. Alibaba is the parent company of the South China Morning Post.