People walk past a Tencent sign at the company headquarters in Shenzhen, Guangdong province, China, Aug 7, 2020.

Tencent Holdings and Alibaba Group Holding are among the top 10 most valuable brands in the world as Chinese consumer internet companies continue to mature despite antitrust scrutiny and intense competition at home.

Kantar, a London-based data and consulting company, published its annual BrandZ report on Monday (June 21), evaluating 18,500 brands in 51 markets around the world, ranking the top 100 using a calculation based on the financial value of the parent company and the ability of the brand to grow sales.

The top 100 brands were worth a combined US$7.1 trillion (S$10 trillion), according to Kantar.

Tencent, owner of Chinese super app WeChat, took fifth spot, up from seventh last year, with a brand valuation of US$241 billion, while e-commerce giant Alibaba (owner of the Post) fell from sixth to seventh with a valuation of US$197 billion.

Chinese firms consolidated their presence on the Kantar rankings this year, with 18 brands named to the top 100 brands list, compared with 17 in 2020. Social e-commerce giant Pinduoduo and Tencent-backed real estate platform Ke, also known as Beike, are the two new Chinese names on the list this year. 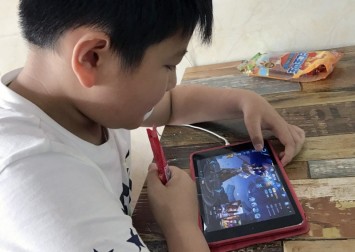 "After such a difficult year, Chinese brands still achieved strong growth and became an increasingly important force in the world," said Doreen Wang, Kantar president of Greater China and chair of Kantar BrandZ.

"After entering a new stage of development, more Chinese companies are aware of the need to shift from Chinese speed to Chinese quality, and from Chinese products to Chinese brands," she said.

Chinese brands were also among the fastest-growing group on the list. Of the five brands in the top 100 that more than doubled their value in the past year, four are Chinese - Pinduoduo, online delivery giant Meituan, liquor maker Moutai and short-video platform TikTok. US carmaker Tesla also doubled its brand value.

Zoom, the video conferencing platform founded by Chinese-American entrepreneur Eric Yuan, joined the top 100 list for the first time, ranking 52nd, as more people relied on the app for work and education during the pandemic.

Even though more Chinese names are gaining a presence, US brands still dominate, with 56 American brands accounting for 74 per cent of the top 100 brands' total valuation, according to Kantar.