Footage of the quarantined woman jogging prompted a torrent of criticism.

Chinese people have been naming and shaming their compatriots online for refusing to follow self-isolation or quarantine rules during the Covid-19 outbreak.

The naming and shaming has so far netted several victims, including a Chinese-Australian woman who was ordered to leave the country by the Beijing city authorities for going out for a run while under quarantine.

The mass explosion of infections around the world has driven thousands of overseas Chinese to return to China, where the contagion has showed signs of waning in recent weeks.

As of Thursday, mainland China reported a total of 80,967 confirmed cases of infection while the world's tally surged to over 240,000.

Italy's death tolls also surpassed that of China with 3,405 cases on Thursday, exceeding the combined total of 3,250 fatalities from across mainland China, Hong Kong, Macau and Taiwan.

China, where the coronavirus that causes the disease was first reported, has since imposed stringent border control measures and quarantine procedures to stem imported cases from entering the country.

So far, the mainland has reported 228 imported cases.

The worries that the foreign arrivals might herald a new wave of infections in China was heightened on Tuesday when the pharmaceutical company Bayer China issued a statement saying it had fired an employee after a video of her jogging without a mask triggered outrage on social media.

In the video, the woman, who was identified by her family name Liang, entered into an argument with the security guards, yelling "Help, someone is harassing me!" when she was asked to put on a mask and stay at home. 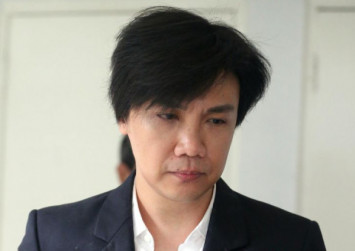 As soon as the video went viral on China's internet, Chinese netizens went further and exposed more details about the woman's background on the web. Some also called for her expulsion.

"Get out of China!" dozens of people posted on WeChat, one of China's popular messaging apps.

On Wednesday, Beijing police issued an order saying that Liang had violated her visa conditions and asked her to leave the country within an unspecified date.

The name-and-shame fury was not only directed at overseas Chinese who have come home recently; people who have breached restrictions after moving around the country have also been targeted.

The Guangxi-based Nanguo Morning Post reported this week that a fruit trader who worked in Wuhan, the centre of the epidemic in China, would face trial for breaking the government's quarantine rules after he returned to his home in Laibin city for the Lunar New Year.

The man, who was only identified by the pseudonym Wei Zhen, was also named and shamed on China's web by his neighbours calling him the "king of poison" for not following the rules to self-isolate at home and report his whereabouts to local officials. 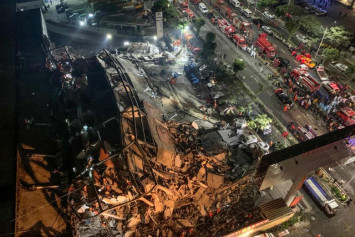 After he was later confirmed infected, officials decided to charge him with violating China's quarantine regulations.

In an interview with the newspaper, Wei said the naming and shaming had put tremendous pressure on him and his family.

"My daughter is studying at primary school," he said. "What's happened has affected her a lot.

"Although she has told me that she does not blame me, I feel I have let her down."

You Wei, a law professor at East China University of Political Science and Law, said public exposure by Chinese netizens - commonly known as "human flesh search engines" - could cause enormous harm to people who were accused of committing misdeeds.

"With their private details released on the internet, people will suffer from unnecessary pressures, including online negative remarks, discrimination and media reports," You said.

The professor added that the authorities and mainstream media should take the lead in guiding public opinion in discussing such cases and protecting people's privacy at the same time.

"While the public can sometimes be enraged in such circumstances, the authorities should keep a cool head," said You. "Protecting people's privacy is the foundation of a rule-by-law society."