Coronavirus a boon for Deliveroo, Foodpanda as Hong Kong diners opt to eat at home 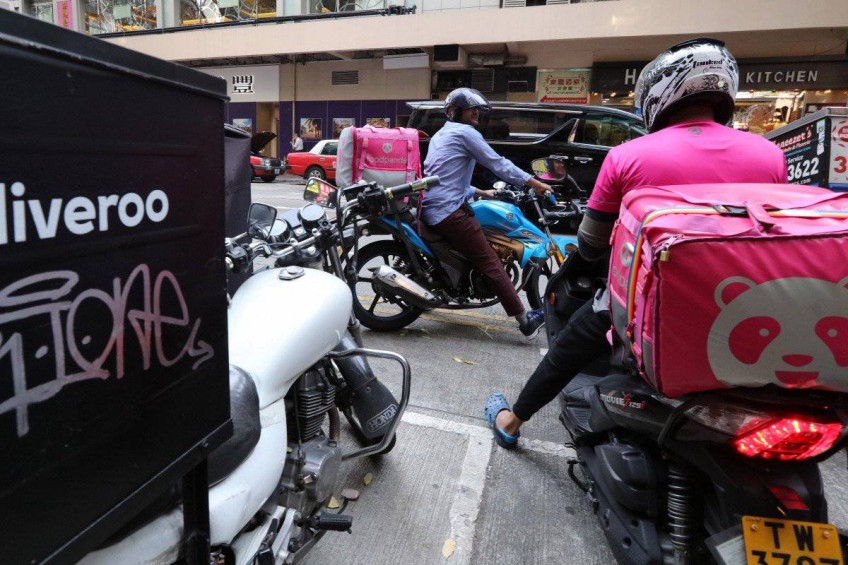 The coronavirus outbreak is proving a bonanza for food delivery companies such as Deliveroo and Foodpanda as more people choose to eat at home.
South China Morning Post

Global food delivery operators are enjoying a significant boost in demand in Hong Kong amid the coronavirus outbreak, entrenching the eat-at-home habit built over months of anti-government protests in the city last year.

Deliveroo, the UK-based online delivery platform that launched in Hong Kong in 2015, is taking the opportunity to expand its physical presence in Hong Kong by setting up more of its Editions kitchens. Foodpanda, owned by German outfit Delivery Hero SE, has reported an 80 per cent increase in demand over the Lunar New Year holiday period.

"We have also seen a higher demand in areas outside the central business district, such as Kowloon and New Territories, in line with the increased cases of people working from home," said Arun Makhija, chief executive of Foodpanda Hong Kong.

It is becoming common of late for people to make rice or staples and order food as part of a "family dinner" at home, said Brian Lo, general manager of Deliveroo Hong Kong. Many consumers have opted to stay home to avoid crowded public places amid the viral outbreak, he added.

The surge in demand is in contrast with what is going on in mainland China, where consumers are shunning delivery services on concerns some drivers have been infected by the deadly virus, causing orders to slump by half or more. As a result, Yum China's chain KFC and Pizza Hut have started their own contactless delivery services, while Meituan Dianping has also initiated the same move at the end of January.

In Hong Kong, Deliveroo has recorded a 60 per cent increase in order volume, month-on-month, in January, with the pace of growth dramatically accelerating in early days of February, Lo said in an interview on Feb 3. Its Editions kitchens recorded a 40 per cent rise in volume, he added.

The first Editions kitchen was opened in Hong Kong in 2017 in Wan Chai while a kitchen in Sai Ying Pun was added in Dec 2018 amid demand during anti-government protests. Plans are afoot for one in Quarry Bay and Kowloon this year, Lo added.

An Editions set-up comprises of six or seven fully-equipped kitchens, where restaurant operators can lease a space in to reach delivery customers that might be out of range from its main outlet. Leasing allows such operators to minimise their fixed costs, he added. Deliveroo takes a percentage cut of their delivery receipts.

These developments come amid a decline in Hong Kong restaurant receipts, with the latest government figures showing a 14.3 per cent year-on-year drop in fourth quarter last year to HK$26 billion (S$4.7 billion). For all of 2019, they declined 5.9 per cent to HK$112.5 billion.

The rising demand for food deliveries has coincided with instructions by businesses for their employees to work from home, as well as orders for self-quarantine, to limit the risk of human transmission of the coronavirus.

"We anticipate the demand will probably grow continuously due to the flexible working arrangement," CEO Makhija said in an email on Jan 29. "We have also seen a higher demand in areas outside the CBD, in line with the increased cases of people working from home."

Foodpanda has also started working on its own version of a takeaway-only kitchen in Hong Kong, in partnership with Locofama Group, which runs an organic restaurant in Sai Ying Pun, the company said.

Restaurant operator Ivan Fernie, whose IWP Limited also manages restaurant projects, was brought in to help develop the Deliveroo's Edition kitchens. He said the key advantage to restaurant operators was the low amount of capital required to expand their business.

While home delivery food may not match the quality of those served in a restaurant setting due to time pressure, old habits die hard, he said.

"People will always want to eat out in Hong Kong, that will never change," he said. "But they might eat in a little more regularly."