Despite backlash, Fortnite won't remove its BRUTE mechs from the game

The Fortnite Brute mechs are still around, and players aren't happy.

The Brute is here to stay, says Fortnite's makers.

Epic Games, which develops the super popular videogame had recently introduced Brute, a controversial feature which some players claim gives others an unfair advantage at winning the game.

The Brute is a mech (a large tank-like suit that hosts a player) with vast amounts of power capable of taking down enemies with little or no effort. Newbies or less skilled players with Brute have a higher chance of emerging victorious thanks to this new addition.

Players who have spent hours honing their skills on Fortnite are unhappy that this is even possible, and are currently bombarding social media sites with the #RemoveTheMech movement, asking Epic Games to rid the game of the new feature. 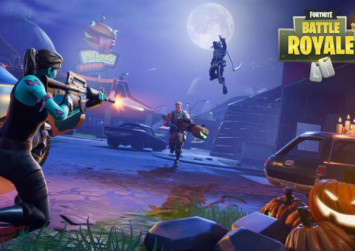 However, Epic Games says that introducing Brute was their way of levelling the playing field. "The mission of Fortnite is to bring players of all skill levels together to have a fun experience where anyone can win.

"For example, everyone having a shot at that first elimination or Victory Royale moment and the satisfying feeling that comes with it. Right now, we know there are players out there who have never had that opportunity," the company states in a blog post.

The post claims that the new addition provides more spectacle and entertainment for the players, giving them new ways to enjoy and experience the game.

Let's hope the explanation finds its way to these Fortnite fans: