Douyin takes down more than 3,500 videos about war in Ukraine

Chinese short video-sharing app operator Douyin has cracked down on users "who make a joke out of news events".

Douyin, operator of the Chinese version of hit short video-sharing app TikTok, said it has taken down more than 3,500 videos and 12,100 comments related to Russia's invasion of Ukraine, as the war has become a hot topic online in the world's largest internet market.

ByteDance-owned Douyin said it is continuing to investigate violations "such as vulgar ridicule, content that makes fun of the war, incitement to hype false information and unfriendly comments", the app operator said in a statement on Monday (Feb 28), citing provocative posts like "type 'Ukraine' to see explosions effect".

Its action comes after China's major social media platforms announced on Saturday their initiatives to clamp down on misinformation and other inappropriate content amid local internet users' increased interest in the war in Ukraine.

Videos, such as those calling for the "capture of beautiful Ukrainian women", spread inappropriate values and harmed the platform's atmosphere, Douyin said on its WeChat account on Saturday.

ByteDance, the world's most valuable unicorn, on Monday said it had no further comment on the issue.

Efforts being taken by Douyin, Tencent Holdings' WeChat and microblogging service Weibo reflect Beijing's call for caution over online comments about the military conflict, which could stoke anger towards Chinese citizens abroad. 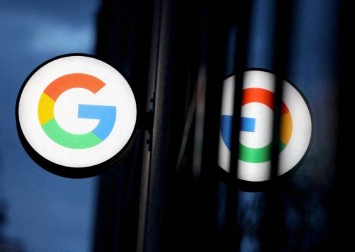 Russia's incursion into Ukraine has sparked heated debate on Chinese social media, where there are users sympathetic towards the plight of Ukrainians and others who mock the war and cheer on Russia's aggression.

A "Ukraine" keyword search on Douyin shows a special topic page which links to ByteDance-run news aggregator Jinri Toutiao, containing sections such as "live streaming", "on-the-ground reporting", "voices from locals", "refuting the rumour" and "explanation of the war situation".

Douyin content creators based in Ukraine have been regularly updating their situation on the platform.

A user from eastern Shandong province named Jason, who has nearly 900,000 followers, filmed a video when he and his girlfriend heard sirens in Ukraine at midnight. It showed how all the people in the building where they live had to move to an air raid shelter.

Douyin, which has more than 600 million daily active users, finds itself playing a role to help shape the Chinese public's understanding of the war in Ukraine. This is in light of Beijing's refusal to directly endorse Russia or to call its military operation an "invasion", which has created divisions among Chinese social media users.

At the same time, TikTok has emerged as a part of Russia's war arsenal to shape opinion through orchestrated disinformation. Various international social media platforms — including Facebook, Twitter and YouTube — have removed accounts used for misinformation. TikTok has not yet made any public announcement on this issue.

TikTok is widely popular in both Ukraine and Russia, where soldiers have been warned to avoid posting to avoid revealing troop movements.

READ ALSO: The events leading up to Russia's invasion of Ukraine