When the coronavirus pandemic hit and shops around the world had to close their doors, consumers in Southeast Asia and elsewhere were forced to turn online for their retail therapy – sending sales receipts for e-commerce platforms skyrocketing, even as bricks-and-mortar businesses suffered.

Singapore - based Shopee saw its sales in Indonesia increase by more than 120 per cent in the first four months of 2020, compared to the same period last year, according to Chief Commercial Officer Zhou Junjie, with upwards of 185 million orders placed through the platform in the country.

Although Zhou declined to share how the company had fared in other markets, he said he believed the move towards e-commerce across the region was “broad, deep and irreversible”, adding that Shopee was the top-ranked app by monthly active users in Taiwan , Indonesia , Vietnam and Malaysia .

The region’s e-commerce sector was already tracking massive growth before the pandemic, increasing almost 600 per cent in just four years, from US$5.5 billion (S$7.6 billion) in 2015 to US$38 billion last year, according to a report from Google , Temasek , and Bain and Company last year, which forecast the sector would exceed US$150 billion in value by 2025.

The coronavirus only accelerated that trend, with Shopee and other online retailers like it expecting consumers tochange their shopping behaviours for good.

Amid the pandemic and its associated lockdowns, many across Southeast Asia have found their selling and buying options “essentially limited to e-commerce”, according to Richard Wong, vice-president and head of ICT for the Asia-Pacific at research consultancy Frost & Sullivan.

He said that the number of online transactions for groceries and takeaway food in the region grew by between 50 and 400 per cent from March to May this year, with some players witnessing their gross merchandise value increasing by at least 50 per cent over the same period. 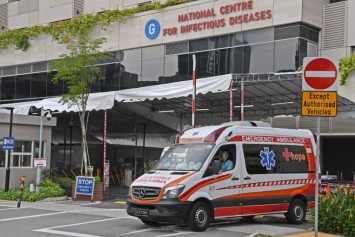 Fellow e-commerce leader Lazada, meanwhile, said in a statement that its online grocery arm Redmart had seen weekly average sales more than triple in Singapore amid the pandemic, adding that it helped farmers in Malaysia sell some 1.5 tonnes of vegetables that would have otherwise been discarded.

And it was not just the established regional platforms such as Shopee and Lazada that had benefited, Wong said, pointing to increased competition from more localised players like Sendo in Vietnam, and Tokopedia and Bukalapak in Indonesia, which “have an edge in attracting new users due to their localised content, ability to attract local businesses which were previously not on e-commerce, and local promotion campaigns”.

According to statistics from Malaysia-based online shopping aggregator iPrice, in the third quarter of last year, Shopee and Sendo were neck and neck when it came to web traffic in Vietnam.

But Sendo serves both business and retail customers, and as of February had more than 300,000 sellers and 10 million buyers in all regions of the country, especially rural areas.

In Indonesia, Tokopedia had the first-mover advantage and now controls the biggest slice of the country’s e-commerce market.

It works by connecting buyers with sellers so there is no need for huge, capital-intensive logistics facilities, making the outfit attractive to investors. In January, it received US$500 million from Singapore’s state investment agency Temasek.

The opportunities are there for the taking. The internet economy report cited earlier found that while the sector in Malaysia, Thailand, Singapore and the Philippines is growing by between 20 and 30 per cent annually, Indonesia and Vietnam are leading the pack with growth rates above 40 per cent a year.

Previous challenges – such as the logistics of e-commerce – had also transformed into opportunities for start-ups and established players alike, said the report, with “digital payments … rapidly spreading online and offline”.

However, in a region where most consumers still largely deal in cash, there are also opportunities for cash-on-delivery services to be developed – such as the one Australian logistics technology start-up Shippit is hoping to offer out of its new Singapore office in partnership with Canadian e-commerce platform Shopify.

“Shippit can be seen as an e-commerce enabler: by providing cash on delivery as a new service, we allow online retailers like Shopify to access a huge section of the market that they would not be able to reach,” said Lavneesh Arora, the company’s director of market development.

The opportunities are so apparent that even traditional bricks-and-mortar businesses are looking to get a slice of the pie.

Suntec City, a shopping centre in central Singapore, held a live-stream “Shopping Festival” over three days in June on its own app – with interactive sessions including products available only through a live-stream, and discounts on more than 40 brands at 16 stores that were taking part in the event.

Anthony Yip, deputy chairman of Suntec City operator APM Property Management, said the company had taken inspiration from webcasting and digital shopping in China – especially the US$128 billion in sales e-commerce giant Taobao generated last year from the 400 million users who watched more than 60,000 live-stream shopping shows on its platform.

“This tells us consumers are always eager for more ‘experience’ from their online shopping,” Yip said.

A live-streamed shopping event “combines the interactive element of an offline store with the entertainment element from an online live-stream for the audience,” he said. “This way, our shoppers get to interact with and purchase our tenants’ products from anywhere while still getting the full physical experience of coming into the mall.”

Read Also
307 new Covid-19 cases in Singapore, including 1 in community and 5 imported 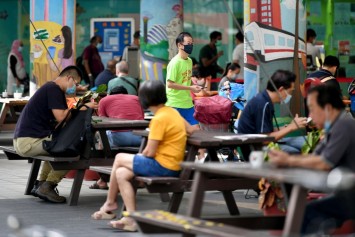 Suntec City is not alone in trying to turn online shopping into an experience. As Shopee’s Zhou said: “e-commerce has evolved into something more than just ‘swipe, tap, spend’. Our platform is increasingly a social space where people come together to interact and connect with others.”

As well as live-streams, live chats and games, users of Shopee’s app were also able to watch K-pop concerts this summer, thanks to a partnership with South Korean entertainment and mass media company CJ ENM. KCON, as the event was known, ran over a week in June.

It gave app users access to free concerts from more than 30 K-pop acts, as well as exclusive interviews with their favourite stars. Shopee declined to share sales data from the event, but said the seven-day promotion attracted millions of views.

Even individual entrepreneurs have made forays into the sector. Chloe Ng, 34, a merchandiser in Singapore, began selling beauty products on Instagram during the city state’s partial coronavirus lockdown earlier this year.

Using the handle Ctingxbeauty, Ng put out advertisements, created posters and shared the testimonials of happy customers. On good days, she said she could make up to $600 (US$435). “I didn’t realise the power of Instagram until I started out on this,” Ng said.

“The good thing about this is that you manage it at your own time, stocks inventory and capital start-up are low, and you can earn extra cash. If you have time to scroll through social media, you will have time for this.”