E-wallets: How I survived a week without cash and cards 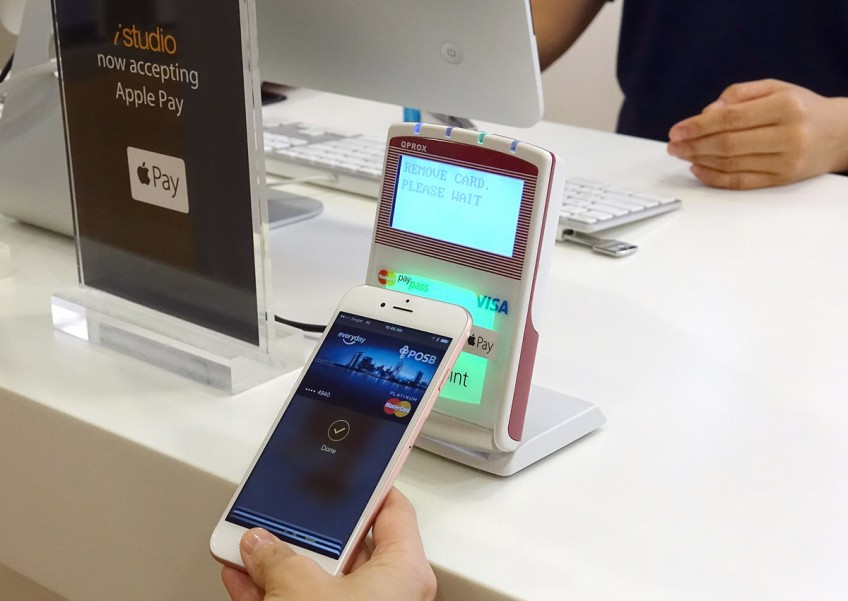 But I managed to survive using only Apple Pay, Android Pay and Samsung Pay to purchase things

The brief was simple. Spend a week using only Apple Pay, Android Pay and Samsung Pay. Just tap and pay with my smartphone. No cash, coins or even physical credit cards.

To do so, I would have to plan my days carefully. For example, I could have meals only in restaurants that support mobile e-wallet payment, do my grocery shopping in some supermarkets and and top up my car's tank in select petrol stations.

Restaurants that officially support these mobile e-wallets are just a handful, like PastaMania, Din Tai Fung and McDonald's.

With McDonald's closest to my office, I ended up going there almost every day to have my lunch. Grabbing a cup of coffee means having to go to Starbucks or ToastBox, instead of my office canteen.

Thankfully, shopping for groceries was much easier.

Most of the major supermarkets, such as FairPrice and Cold Storage, support all three mobile e-wallets. Making payment at the supermarkets' counters was a breeze.

But I did find one inconvenience when shopping without cash at the supermarkets.

I couldn't use the trolley, as I had to slot in a one-dollar coin to use the shopping cart. Good training for my biceps with the supermarket basket, I guess.

You can now use credit and debit cards to top up ez-link cards at MRT stations' General Ticketing Machines (GTMs) islandwide, but only Singapore-issued UOB Visa, MasterCard and JCB cards are accepted for now. I observed that these GTMs accept contactless credit cards for payments, so they should be able to accept mobile e-wallets too.

As I use a UOB Visa card on both Apple Pay and Android Pay, I was able to top up my ez-link card using both e-wallets. Samsung Pay does not support UOB cards currently, so no luck here.

For me, the bigger issue is trying to top up my CashCard, as carpark CashCard top-up machines usually accept only Nets. And my old car still uses the old in-car unit that does not support ez-link cards.

I thought I had found a way to top up my CashCard. Go to 7-Eleven or Cheers outlets and ask the cashier to top up the CashCard, and pay using the e-wallet.

But my mission failed, because only cash is allowed when topping up CashCards, according to a 7-Eleven cashier. So I had to ask my wife to help me top up.

Paying for petrol was much easier. I used Samsung Pay and Apple Pay at Shell and SPC petrol stations respectively. All went without a hitch.

Throughout the week, I found myself using Samsung Pay most often. This is because it works with both contactless payment readers and traditional magnetic stripe payment readers, which are more ubiquitous and allow transactions of more than $100.

But, even at supported outlets, the most difficult part was convincing the cashiers that Samsung Pay works on their payment readers, as they are so used to swiping cards.

I usually had to give them a tutorial: "Just tap the phone on the side where you usually swipe the credit card."

I also found that most still needed me to sign on the paper receipts when using Samsung Pay.

There is no need to do so, according to Samsung.

Even for Android and Apple Pay, with which you just have to tap and pay, it was not so straightforward. Many cashiers seemed quick to reject them. But I have found ways to bypass the reluctance. I would tell the cashiers "Visa PayWave", and tap my smartphone without their noticing.

My week of going cashless and paying with just my phone required more effort than usual and tested my patience, but I survived. Still, I think mobile e-wallets are not ready for prime time - at least until stalls at hawker centres and coffee shops start having the right payment readers.

Being a typical Singaporean, I still very much prefer the more affordable and tastier hawker centre fare, like bak chor mee or chicken rice.

Not being able to eat at hawker centres was torturous.

Heck, I couldn't even use the toilet at the hawker centres, since I had no coins to pay the 10-cent or 20-cent toll.

So when the deadline passed, the first thing I did was to satisfy my craving: I grabbed my wallet and cash and headed for my favourite chicken rice stall at my neighbourhood coffee shop.