A handout photo. NFT buyers of Hong Kong singer Edison Chen’s latest project complained that they did not receive their purchases immediately after payments.

A non-fungible token project launched by Hong Kong actor Edison Chen kicked off its sales in chaos, as buyers complained about missed deliveries hours after paying for the digital assets.

The project, named Red NVLPE and consisting of 8,888 NFTs across eight collections, opened for presale on Tuesday (Feb 15) to select members, followed by a public sale at noon on Wednesday.

On Discord, a group messaging platform popular among NFT communities, buyers said they had been waiting for up to 12 hours, but had yet to receive their purchases.

Such occurrences are rare in the NFT world, where buyers at a public sale – more commonly referred to as a public mint – usually receive their purchases nearly instantly after payment. Public mints are typically conducted using smart contracts, programs that run on a blockchain and automatically transfer NFTs to buyers.

Red NVLPE, however, appears to have taken a different approach by manually transferring NFTs to buyers’ wallets.

“After you minted on the website, your NFTs will be minted on the 2426C OS account, and will be transferred to you,” a group chat moderator wrote in Red NVLPE’s Discord channel in response to buyers’ inquiries, referring to the name of Chen’s web3 platform. “It might take 10 minutes, it might take one hour [or] four hours but don’t worry the NFT will be sent to you!”

Sweet – a New York-based NFT solution provider that worked on Red NVLPE – and a representative for the project did not immediately respond to a request for comment.

NFTs, representing data whose ownership and uniqueness are verified on a blockchain, have drawn wide attention around the world since last year, when people started snapping up cartoon avatars and digital artworks for millions of dollars. 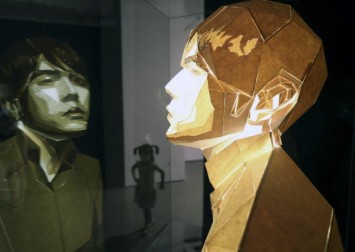 Many celebrities, including those in Asia, have jumped on the bandwagon to cash in on their huge followings, with some publicly endorsing NFT projects and others launching their own.

Last month, two NFT projects with ties to Chen and Taiwanese pop star Jay Chou briefly soared to the top of the 24-hour sales chart on OpenSea , the world’s most popular NFT marketplace.

Chen’s new NFT project has drawn more than 44,440 members in its Discord channel, but initial sales appeared weaker than some people had expected. Data on OpenSea showed that the average prices for most collections had fallen since they were put on the market.

While some buyers were still waiting to receive their purchased NFTs, others said they received more NFTs than they had bought.

“As some of you are aware, last night, a small number of lucky accounts were accidentally airdropped a free NFT,” another project moderator said on Discord on Wednesday, citing an “internal issue” in the minting process that was “quickly resolved”.

The project also announced in Discord on Tuesday night that it fixed an issue called “mint limitations”, without elaborating on what it means.