For all the success that Singapore’s legion of popular YouTubers have achieved – and some, like JianHao Tan with his media empire, have achieved a lot – they aren’t without their critics. The most vocal and beloved of these is satirist Sneaky Sushii.

With 105,000 subscribers on his YouTube channel, Sneaky Sushii is small fry compared to some of the YouTubers and social media figures he frequently attacks.

Still, he has carved out a niche for himself in Singapore’s saturated YouTube scene and made criticising popular figures into something of a career, armed with scathing one-liners like: “Just because you got a few people to sign up for a free yoga treatment doesn’t make you the next [serial entrepreneur] Gary Vaynerchuk.”

Jay – who declines to reveal his full name – says he dropped out of film school to become a full-time YouTuber because he wanted to make content that he’d enjoy watching himself. That, and he simply couldn’t stand the “shallow” formula that most other popular channels follow.

“Find a semi-hot influencer, gather the ‘t**** committee’ and put them in all of your thumbnails. That’s like 90 per cent of the job done,” he deadpans in his first video, “How Not To Be A Singaporean YouTuber”, which has since been removed from his YouTube channel but can be viewed on Facebook.

He adds: “And don’t forget to insert that spicy future bass soundtrack.”

With an editing style heavy on memes and pop-culture references, the 20-something-year-old tears down the formulaic content of popular Singaporean channels, calling out the exploitation of women’s bodies for clicks and bemoaning modern internet culture for the shallow cesspit that it is.

Fans love him for it.

“It’s rare to find a Singaporean YouTuber that’s not a normie,” one commenter posted on Jay’s channel, referring to people with mainstream opinions and tastes. “Hope you keep it up.”

“The birth of a legend right here,” wrote another, while one comment made the dark prediction: “You’ll be the next funny man – and public enemy. Just don’t release your [profile] image. There will be many arrows aimed at you now.”

With the praise, of course, comes an equal measure of criticism: “Look at the amount of subscribers you have before opening your f****** big mouth and [posting] s*** about Singaporean YouTubers … The amount of hard work they put into every video is much more than your useless contents [sic],” reads one heated comment on Jay’s Instagram page.

Others were more succinct: “They work hard, shut up and get out of here – you’re making a fool of yourself.”

Jay remains unfazed by the criticism. “I’m here to create dope-a** satirical videos – and if you don’t know the meaning of the word, you’re probably not my target demographic.”

He bears no grudges about what he sees as a mainstream Singaporean YouTuber’s tried-and-tested formula for success – even paved as it is with copious amounts of cleavage and recycled content.

“It really depends on what kind of legacy the creator wants to leave behind,” he says. “Do they want to be known as a creator who uses t*** to gain views? If they have no qualms about that, then mazel tov [‘good luck’]. But I just think it’s a bit shallow.”

It’s not just the blatant use of sex to attract clicks that has Jay up in arms. He says that it’s indicative of a creative scene that would much rather stick to a well-trodden path than to innovate.

“A lot of content creators tend to err on the side of caution when it comes to making content,” he says. “I think it’s just a cultural thing. In Singapore, we’re not encouraged to take the road less travelled – most people see making YouTube videos as a hobby that will never amount to anything.

“But the result of that is a lack of new YouTubers to add to the vibrancy of our local scene – and the ones who try just end up making the same boring content because it’s tried and tested. Or they join the bigger channels as talent.” 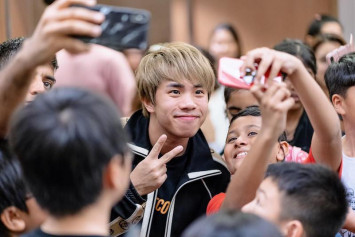 He believes this aversion to risk casts a shadow on Singapore’s creative industry that extends beyond its YouTube scene.

He often refers to the “cultural cringe”: the revulsion that some Singaporeans feel when watching locally produced content from broadcasters such as Mediacorp, which serves as the national public broadcaster.

He says a lack of a distinctive “Singaporean identity” makes local productions feel disingenuous, or as if they are merely aping their Western counterparts.

“Singapore is a weird country,” he says. “We’re a highly Westernised country, but with deep traditional values – some might say it’s difficult to pinpoint exactly what the ‘Singaporean identity’ is.”

He highlights the widely panned series Singapore Social, which was produced by a UK-based team in the style of a racy American reality show – unsurprisingly, he says, the concept fell flat; and Tanglin, a Mediacorp-produced serial drama that netizens have derided as “badly inserted government propaganda”, as examples.

“That ‘cultural cringe’ is apparent when we try to emulate foreign productions, but fail miserably due to our subpar media industry, or because we’re trying to be someone we’re not,” he says.

Some of Jay’s targets have said they bear no grudges. On Jay’s video entitled “The Problem With YouTubers in Singapore”, JianHao Tan – the country’s most popular YouTuber and founder of marketing company Titan Digital Media – left a reconciliatory comment calling for his fans to let up on the hate messages.

“To my fans watching this, before you defend me, please just watch the whole video – he makes some good points,” Tan’s comment reads. “This scene needs more creators of all kinds, so let’s just be more accepting and positive to everything.”

For his part, Jay also makes an effort to highlight Singaporean YouTube channels that he feels better represent the country’s multifaceted creative industry, such as Our Grandfather Story, a documentary-style initiative that puts the spotlight on overlooked stories and people across Southeast Asia.

Ultimately, Jay says that he’s not on a one-man crusade to change how the country’s social media machine runs: he just wants to create offbeat content that doesn’t involve the use of listicles or boobs.

“I wouldn’t say that I’m trying to start a revolution or anything,” he says. “I’m just making videos that are entertaining, and if I can provide some insight into the topic, that’ll be good. People shouldn’t take my videos so seriously.”