"There is something missing in conventional social media right now. We have social networks like Facebook, KakaoTalk, Twitter and Naver for communication. But they're all based on text, pictures and movies," Sweeney said in an exclusive interview with The Korea Herald.

He was in Seoul to attend the company's "Unreal Summit 2019" held Tuesday-Wednesday at Grand Intercontinental Parnas. Unreal is the name of the game developing engine that is the most touted brainchild of Epic Games' with more than 7.5 million users globally as of 2018.

"I think the next step is going to be having social experiences where you can get together with your friends in a virtual world, wherever you are," Sweeney said.

This would give people greater ability to display emotions and interact more personally, erasing the negativity that is often sparked online.

Sweeney said there are "many exciting projects to announce in 2019," but declined to elaborate.

South Korea accounts for the US-based firm's largest overseas revenue, he said, but refrained from sharing the exact statistics. 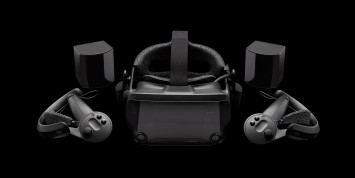 "We noticed a huge set of high-end developers building great games in Korea. We already had a number of customers here that we've been helping from our home in North Carolina. We really wanted to better support them (by having a local office)," Sweeney said.

While Epic Games' revenue is the combined result of the performance of Unreal Engine services, the 250 million-user game "Fortnite" and game-purchasing online shop Epic Games Store.

"Fortnite" failed to appeal to Koreans and the store was belatedly launched here in April due to local regulations. Which would mean that the revenue from Korea mostly stems from the engine services here.

"We originally built Unreal to support game developers making games like ours. But we quickly found that people outside the gaming industry started adopting it because real-time computer graphics look very close to reality," Sweeney said.

For example, an architecture firm may preview a building's construction or an automaker a car's design even before they're made. Unreal is also used on movie sets to combine human actors and computer graphics in real-time so that the directors know how best to shoot. Korean broadcaster MBC uses Unreal for its shows, as do Korean game companies Nexon and Netmarble.

Addressing the next generation of developers and programmers in Korea, Sweeney said that the future will be built digitally.

"Every company in the world needs digital content production. People who learn modern technology, learn digital artwork and learn to programme are going to have great opportunities for the future," Sweeney said.

Often referred to as "Fortnite billionaire," for placing 214th on Bloomberg Billionaires Index with a net worth of over US$7.21 billion (S$9.90 billion) as of May -- Rupert Murdoch places 213rd -- Sweeney says there is not a normal day in his life.

"Epic has a very fast-paced business. We're constantly building new technology that didn't exist before and expanding our lines of business for a wide variety of customers across all industries," said Sweeney.

The most fun part of his job is programming, Sweeney says. "With programming, it's entirely my brain. You sit there, you look at the screen, you type as fast as you can. It's a different world of mathematics and computation. All human concerns go away." Sweeney identifies himself more as a programmer than a businessman, which affects and shapes his decisions.

"Epic began as a group of game developers. So we've always had the first-hand experience of the challenges that game developers go through," Sweeney said, "As soon as we opened up Unreal (to others) we aimed to solve the problems they faced which we've had ourselves. We succeed when our customers succeed."

Epic Games Store, the online platform where people can purchase various games made by indie programmers and companies other than Epic, gives 88 per cent of the profits to developers and takes only 12 per cent, as compared to other platforms take more than half the share of sales.

"The game industry is becoming the most influential player within the entertainment industry. Greater even than the movie industry," Sweeney observed. "We are grateful to Epic's friends, and for the many things we are able to achieve as a community." 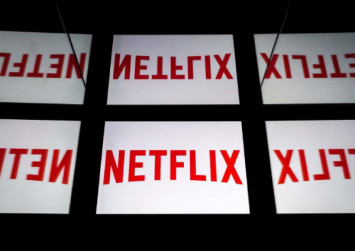 A large portion of the profits Sweeney makes goes to nature preservation in North Carolina. In 2008, Sweeney purchased 160 square-kilometers of land for an undisclosed price, to stop development in the area. The size of the land is equal to that of Liechtenstein.

"North Carolina is a very interesting place. It's where the Avalanche mountains reach their highest peak," Sweeney said. Each mountain is a bastion for unique wildlife. It's a great honour to be doing successfully with Epic, to the point where I can fund really interesting things outside of work."

His love for nature for now is centred on North Carolina only, where he can see for himself what is happening to the environment.

Sweeney started Epic in November 1991 at his age of 20, while he was still a student studying mechanical engineering at the University of Maryland, through the launch of his first game "ZZT."

Epic has 200 offices around the world. The company builds video games, but the major task is continuously reinforcing Unreal, which powers other video games. The latest 4.22 version update was made in April, enabling "real-time ray-tracing" which makes realistic light reflections and movements.