Experts: Parents could benefit from knowledge of online games

A primary school student in Shanghai plays games on a laptop on March 14.

With calls for internet enterprises to design and offer more creative and safer online games for children, experts said adults should also learn more about the games from a balanced perspective, with joint efforts to protect children's rights in cyberspace.

Parents, educators and policymakers all need to familiarise themselves with game culture and understand more about the relationship between online games and children's rights if they want to prevent children from becoming addicted to the internet and help them gain personal development through online playing, according to experts from China and abroad.

They shared their opinions during a workshop at the Internet Governance Forum focusing on online gaming and children's rights.

The workshop was jointly hosted by the China Federation of Internet Societies and United Nations Children's Fund both online and offline early this month in Beijing.

In recent years, media headlines often highlighted children's addiction to online games and extreme cases in which youngsters harmed others or themselves after being influenced by the games, triggering public concerns.

Two boys in Hunan province, for example, were sentenced to 10 months and seven months in prison for theft after they stole money on several occasions to support their online play, an official website of the Supreme People's Court, the country's top court, reported in 2017.

In another case, a middle school student, also a game addict, was sentenced to eight years in prison for intentional homicide after he killed his grandmother when she refused to let him play online, a Shanghai-based news portal, The-Paper.cn, reported in August.

Read Also
Minecraft over mindfulness: How playing video games can help you through quarantine 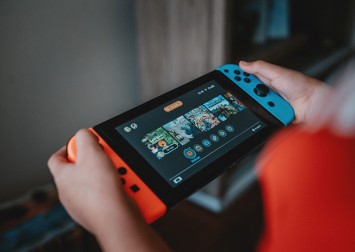 Such tragedies shocked the public, leading many adults, especially parents and educators, to begin criticising online gaming as a waste of time and money, and also pushing governments and lawmakers to strengthen online protection for youth through policies and legislation.

In October, for instance, the Standing Committee of the National People's Congress, China's top legislature, adopted an amended Law on the Protection of Minors, clarifying that internet service providers are obliged to prevent children from becoming addicted to the internet by controlling the amount of time that students under the age of 18 spend playing video games.

Highlighting the necessity of improving governance of online games and the importance of removing improper content from cyberspace to ensure a safer online environment, the experts at the workshop said children's rights to play should still be guaranteed, and all walks of life need to seek better ways to guide children to find personal development through online playing.

Sun Jing, director of the Game Research Center at entertainment company Perfect World, called for parents and educators to first learn about games and then help their children select games and promote their game literacy.

"We need to have safety for our children, for these young users, and we have to develop more games to help them change pure entertainment into creativity and productivity," she said, suggesting governments offer more funding for game research, including industrial innovations and public game literacy.

Read Also
Is your teen addicted to gaming? Here are the signs 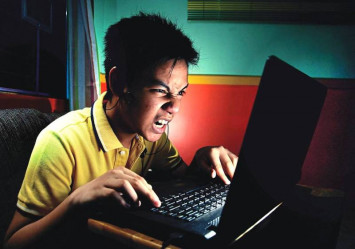 Manisha Pathak Shelat, professor from the Mudra Institute of Communications in Ahmedabad, India, who participated in the workshop online, said games are changing and that game design also involves a lot of learning.

In her opinion, parents, educators and policymakers should understand game-related concepts and keep an unbiased view instead of stigmatising online gaming.

Bai Yufan, a 13-year-old gamer, said at the workshop that gaming gives children a chance to make friends and spend time with them. 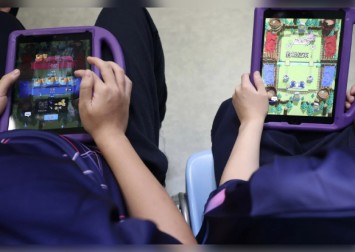 Zheng Lei, general manager of the user platform department at Interactive Entertainment Group of Tencent, a Chinese internet and technology giant, said online games can also be a new way to protect juveniles in cyberspace, adding they are trying to put more social values into video games and develop systematic game designs in fields such as traditional culture and youth care.

According to Zheng, online games, as one of the most important achievements of digital technology, have a unique and consistent cultural influence on young people, so industrial practitioners should think more about how to equip teenagers with a balanced mindset and high-level game literacy to help them benefit from the "toys" of this era.