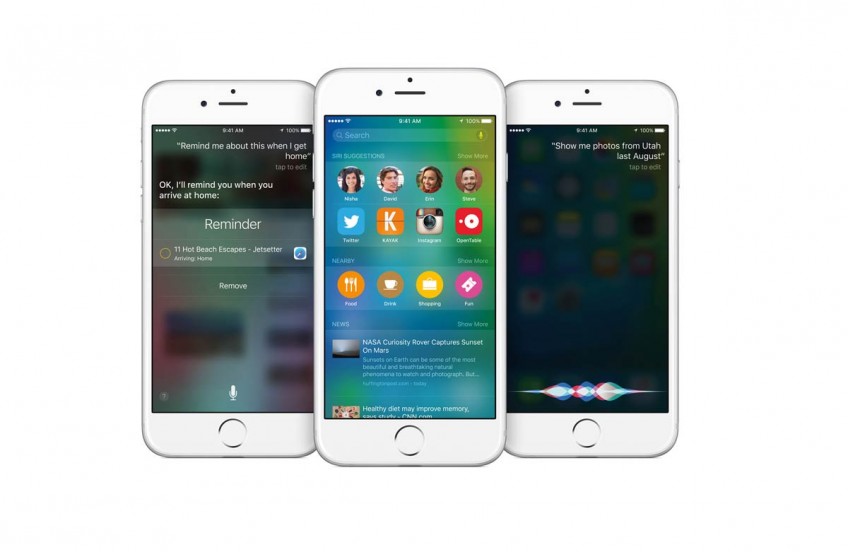 For the first time, the new iOS 9 will be available as a public beta next month. It will be available later this year as a free software update and will have many new features. Here, we highlight some of the most salient features you may find relevant.

This is essentially Apple's answer to Google's contextual intelligent assistant Google Now. It lets your iPhone learn and anticipate what you want, based on the location, time of the day and the app you are using.

It will then present the most relevant information in the context or automatically provide a solution for you. For example, you will get a reminder for what time you should leave for your next appointment based on current traffic conditions.

If you are alerted to an incoming call from an unfamiliar number which may have appeared in an e-mail message before, iOS 9 will look for it automatically and show you who the caller might be.

Unlike Google Now, which stores your moves in the cloud, Apple emphasises that all this information will be stored on your own device to safeguard your privacy.

As a result of proactive assistance in iOS 9, Siri will get even smarter. As Apple software chief Craig Federighi demonstrated during the keynote address, you can ask Siri to show you photos taken from a particular place at a particular time.

Or if you find an appealing vacation spot while browsing in Safari, ask Siri to remember it and remind you to tell your spouse when you get home.

Some may see this as a prelude to the 12.9-inch iPad Pro that has been widely rumoured to be coming out soon.

But these functions have been long awaited.

Slide Over lets you bring up an overlay with a pull from the right edge of the screen to pick a secondary app to use.

Split View allows you to view two apps side-by-side on the iPad. You can resize and use both apps at the same time.

Picture in Picture, as its name suggests, lets users play video in a moveable resizable window that overlays a screen on which you have another app active.

Apple has heard you and added power-saving features. In iOS 9, your iPhone will know not to switch on the screen, even if a message comes in, when it is laid face down on a surface.

A new Low Power Mode will extend your battery life for up to three hours when activated.

Instead of the four-digit passcode, iOS 9 will let you set a six-digit one for better security. The new passcode can be numeric or alphanumeric. Changing your passcode from four to six characters is optional. But it would make it harder for a would-be hacker if he had to work out a six-digit or six-character password.

It is odd that this feature was not mentioned during the WWDC keynote. You can now show the iCloud Drive app on the home screen in Settings, so that you can access files and documents the same way as with Dropbox and Google Drive.

This article was first published on June 17, 2015.
Get a copy of Digital Life, The Straits Times or go to straitstimes.com for more stories.