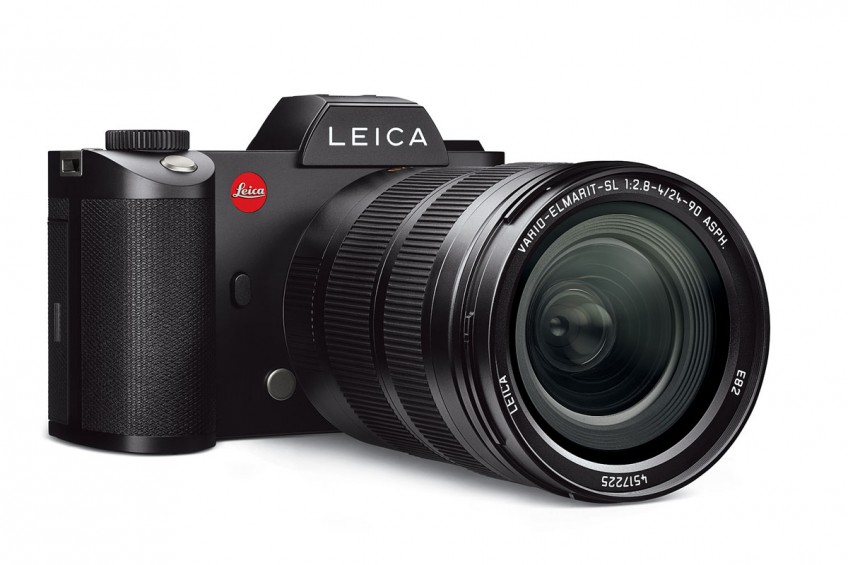 The rumours are true. Leica launched a full-frame mirrorless camera - the SL (Type 601) - last night in Wetzlar, Germany, that is named after Leica's first SLR, the Leicaflex SL.

Pre-orders start today, with the camera available on Nov 16. Its price is not yet known.

The Leica SL has a 24-megapixel full-frame CMOS image sensor with Leica's Maestro II image processor for a quick shooting speed of up to 11 frames per second (fps). The ISO range is from 50 to 50,000.

Leica claims the SL has the fastest autofocusing (AF) speed in any full-frame system cameras in the market. From my hands-on trial, the AF does feel fast but I am not too sure if it is the fastest.

The SL's electronic viewfinder (EVF) has a stunning resolution of 4.4 million dots with a refresh rate of 60fps. It is the best EVF you can find in any camera, according to Leica. I have to agree, as I have never used an EVF that sharp before.

The 2.95-inch display, with 1,040,000 dots, might not be tiltable but it is a touchscreen. You can tap on the display to focus or tap to activate shutter release.

There is also a monochrome LED screen (128 x 128 pixels) on the top right of the camera to show vital information, such as current shooting mode, shutter speed, aperture and ISO.

Unsurprisingly, the Leica SL has taken its design inspiration from the 1968 Leicaflex SL. As such, it looks very much like a DSLR camera. In fact, it reminds me of a Sony A7R II that is bigger, but without the numerous buttons and controls.

The body weighs 890g (with battery). It is supposed to be resistant to dust and water spray.

Machined from two solid blocks of aluminium, each SL's body is finished by hand, making every piece unique, according to Leica. The build is solid and sturdy. The front grip is very pronounced and makes holding the camera really comfortable, despite its weight.

It has two SD card slots, both supporting UHS-II SDXC cards, to cater for more storage needs or direct backup.

All lenses for the Leica T camera can also be used on the SL without an adapter. For other Leica S, M and R system lenses, you will need to use the appropriate adapters.

The button layout is a bit unconventional. Most high-end DSLR and mirrorless cameras have a main mode dial and command dial at the top, as well as many dedicated buttons at the rear.

With the SL, you get a big command dial on the top right of the camera, just behind the shutter release. Behind this command dial sit two buttons for exposure compensation and video recording.

At the rear of the camera where your thumb usually rests, there is a smaller clickable command dial. Near the EVF, there is a rubber joystick that you use to navigate the menu interface. This can also be used to move the AF point.

There are two long rectangular buttons on each side of the display. The left upper button brings you to camera settings while the left lower button allows you to change image settings.

On the other side, the upper button takes you to favourites while the lower button lets you change the setup of the camera.

The controls might be unconventional. But after using the camera for a while, the button layout actually makes a lot of sense and is quite intuitive.