Five Bluetooth portable speakers, from Sony, Bose and others, for the beach, your lockdown balcony or wherever this summer

Portable wireless speakers are good for use around a hotel room or in a tent, and if they’re waterproof you can also take them to a swimming pool, hot tub or even a shower while on holiday.

With many of us confined to our homes this season, though, “outdoor electronics” are coming into their own as a way of providing much-needed entertainment in our outside spaces and on our balconies, too.

Here are five of the latest and greatest wireless speakers for the outdoors that wirelessly connect to any smartphone, tablet or laptop via Bluetooth. 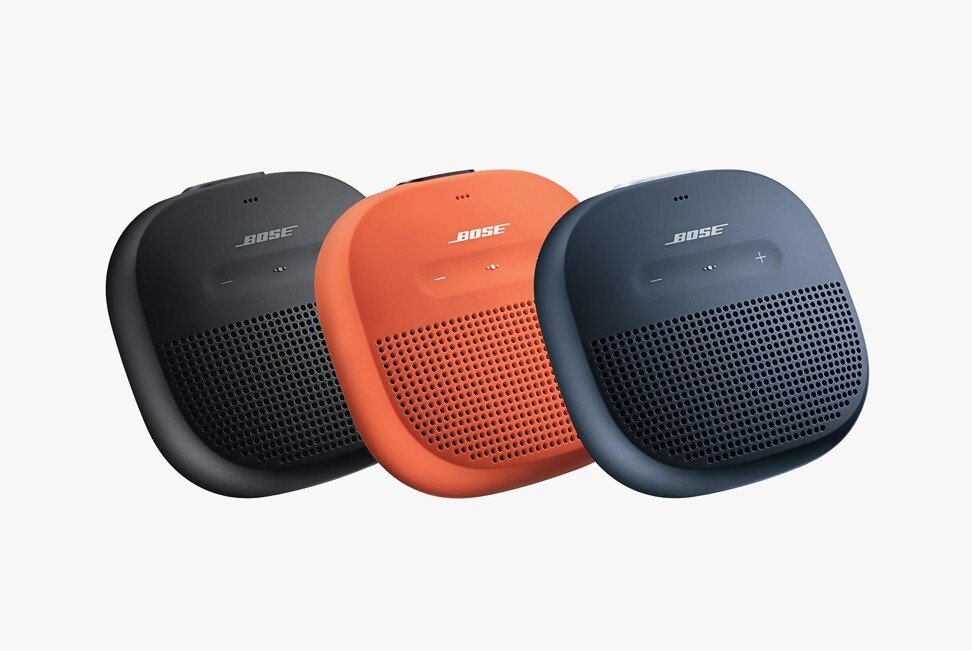 Bose's SoundLink Micro can be completely submerged in a metre (3.3 feet) of water for up to 30 minutes. PHOTO: Bose

This is a big-name brand speaker that’s about as weatherproof as you’ll find.

Somewhat resembling an Amazon Echo Dot in both size and appearance, the 290g (0.63lb) SoundLink Micro, US$99.95 (S$140), is covered in a layer of soft-touch rubberised silicone and is almost impossible to damage.

It has IPX7 certification, which means it can be completely submerged in a metre (3.3 feet) of water for up to 30 minutes, so you don’t have to worry if it gets splashed.

It has a tough, stretchy silicone loop on the back for hooking on to the back of a chair, a tree branch, or even a shower door handle.

Music through its two tiny speakers is clear and bassy enough. It is Bluetooth-only (you can’t attach anything via a cable) and the battery only runs for four to five hours. 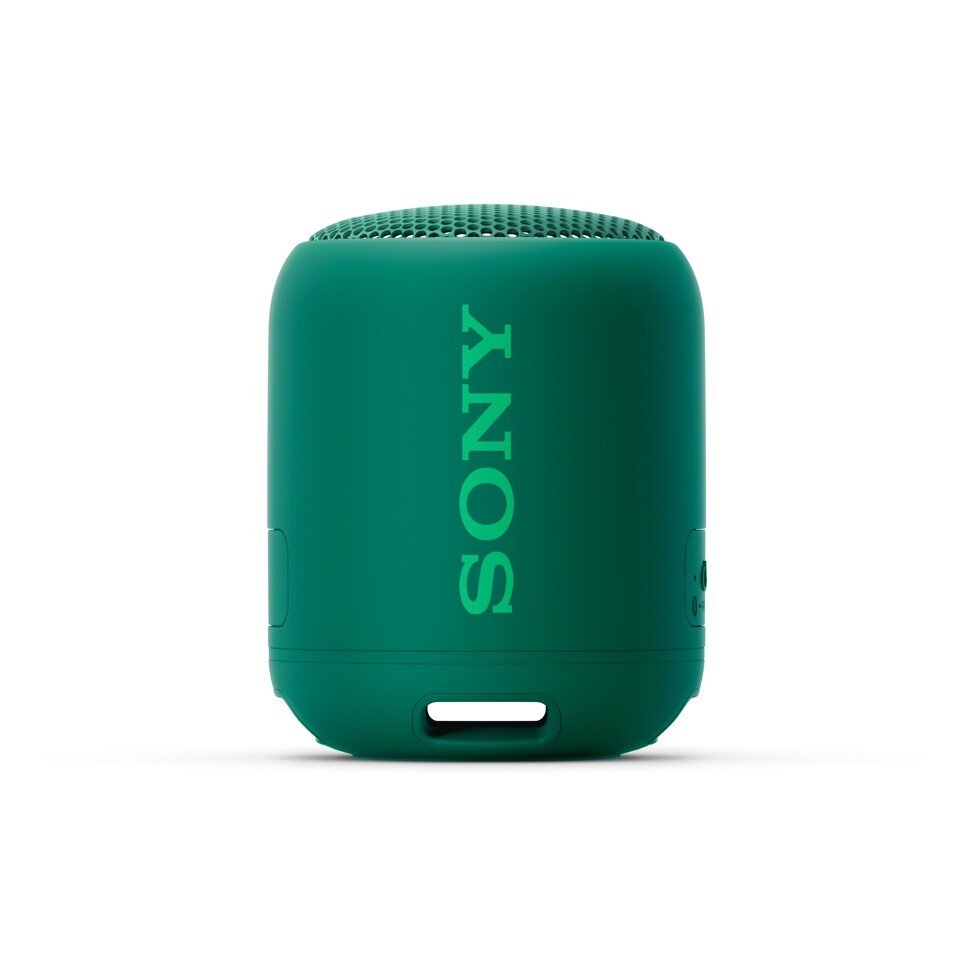 There’s a lot to like sound-wise in the Sony SRS-XB12. PHOTO: Sony

Could this be the perfect pocket-sized portable?

The Japanese company isn’t known to mess about when it comes to audio, and despite the speaker being ridiculously small (it weighs just 243g) Sony’s XB12 (US$49.99) packs a sizeable sound.

Soft and cylindrical, the rubberised-silicone-covered XB12 is a vailable in black, blue, grey, green or red.

It’s not just stylish, either – there’s a lot to like sound-wise, too; there’s plenty of detail and low-end bass, thanks to a passive radiator (which boosts the bass) stacked behind a metallic grille, and surprisingly high volume.

It’s also IP67-certified, which means it can be dropped into a metre of water for 30 minutes. 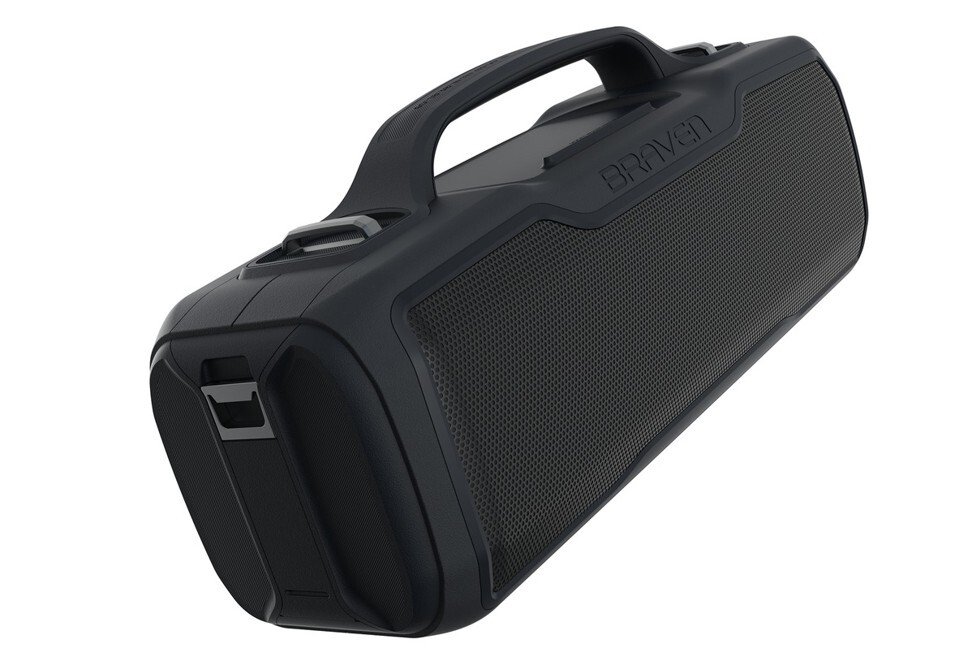 The Braven BRV-XL can run for 16 hours. PHOTO: Braven

If you’re spending a long time outside, you might get thirsty – wouldn’t it be handy if you had a bottle opener moulded in to your Bluetooth speaker?

It is also better equipped than most for immersive sound, with speakers on both sides and a big, bold and bassy sound stage that lends itself well to an outdoor space.

IPX5-certified, it can survive a direct spray of water, just don’t drop it into the pool.

Inside the BRV-XL is a battery that keeps it running for 16 hours, and can also be used to boost a flagging smartphone thanks to a USB charging port on the side.

Weighing 3.1kg, the BRV-XL is a heavyweight option in more ways than one, which is why it comes with a handle and a shoulder strap for you to carry it around. 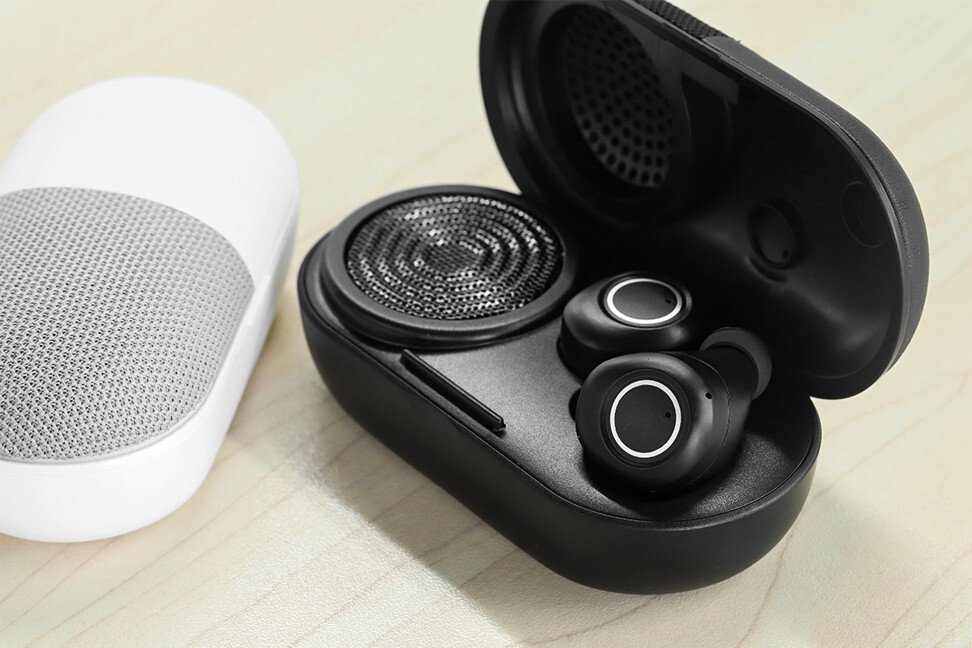 Do you sometimes feel like you’re just collecting countless sets of earphones?

Wireless earbuds for the commute, a pair for the gym, bigger ones for gaming … the 2-in-1 Vissles (US$69) comprises a regular pair of “true wireless” earbuds and a portable Bluetooth speaker – the battery charging case doubles as a small, portable 3W wireless speaker.

The whole package weighs 95g and offers up to four hours of playing time through either the earphones or the speaker. 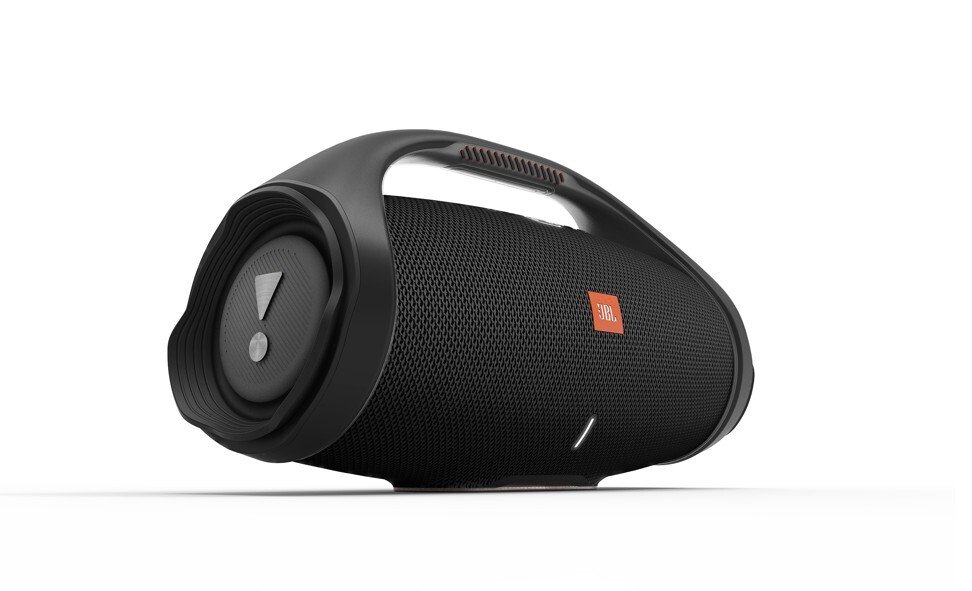 If you’ve got a really big outdoor space (or you just want to make a lot of noise), this powerful – and just about portable – addition to a long line of JBL-branded Bluetooth speakers is for you.

Billed as the loudest JBL boombox ever, and capable of producing a powerful bass sound, the Boombox 2 (US$499.95) weighs 5.9kg and, like the Braven BRV-XL, has a carry handle on top.

Its built-in battery keeps going for an impressive 24 hours, and can also be used to top up smartphones low on battery.

Although most of the Bluetooth speakers mentioned here can be daisy-chained to another of the same model and make to create stereo sound, the Boombox 2 goes one better; it can pair with any JBL PartyBoost-compatible Bluetooth speaker, thereby doubling its potential output.

It’s an impressive product – but surely better for a beach party (it’s fully waterproof) than a balcony?