This year, Apple stuck to the basics with its new iPhone line, giving them mostly iterative updates on the outside.

The mobile tech world, unlike many other industries, has managed to make it through 2020 without missing a beat – and that’s perhaps the biggest indictment of just how digitally attached we all are.

Chinese brands continued to push out a smartphone just about every week, Samsung and LG continued to push premium products at premium prices, and Apple managed to change the landscape of the portable computing space and saw its valuation hit a record US$2 trillion (S$2.6 trillion).

The only mobile tech brand that slowed down in 2020 was Huawei, and that was because of aggressive US sanctions rather than the pandemic.

Here is a look back at the year in mobile tech, focusing on smartphones, portable computers and wearables.

The year began as usual for smartphones, with Samsung, Xiaomi, Oppo and OnePlus all releasing excellent, if predictable slab flagships. Phones then took a radical turn into exciting territory in the second half of 2020.

Samsung released the Z Fold 2, a far superior sequel to the Fold; LG made a comeback (of sorts) with a T-shaped swivel phone named the Wing; and Microsoft released its first Android device, a two-screen machine named the Surface Duo.

Motorola released a throwback clamshell foldable, the Razr 5G, that won the hearts of tech enthusiasts. Towards the end of the year, Oppo teased a working prototype of a smartphone with a rollable screen (the screen increases size by rolling out like a yoga mat).

Apple, however, stuck to the basics with its new iPhone line , which offered mostly iterative updates on the outside, but released more of them than ever, with four variants – including a really small one that could mark the return of small flagship phones.

ARM architecture silicon is smaller and designed for efficiency so, while great for smartphones, it has historically been too underpowered for real computers. PC makers in the past have experimented with using Qualcomm’s ARM chips to power laptops, but always with mediocre results. 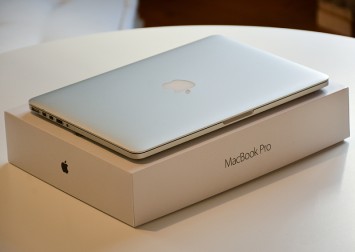 Apple’s chip, named the M1, however, seems to be the exception, with benchmark and real-world performance that rivals Intel’s best chips – and with greater battery efficiency and less heating.

That Apple has succeeded using ARM silicon in a real work computer is a game-changer for an industry long dominated by Intel. This will lead other PC makers with the resources to follow suit – Microsoft is already rumoured to be working on its own ARM-based chip.

Elsewhere, Lenovo has reimagined its popular ThinkPad line of business computers with an experimental device that offers a glimpse into the future: a foldable PC that, with a bend of the screen, can transform from a tablet to a small laptop to a large screen, all-in-one desk computer.

The device is only in its gen-one form, but it offers a first look into the future of mobile computing – clearly, foldable form factors are here to stay.

Wearables continued their push to be health-focused this year. The Apple Watch Series 6 added a blood-oxygen sensor to detect oxygen saturation levels, while the Fitbit Sense added an electrodermal sensor – used by psychologists to identify stress levels.

Huawei, perhaps seeing the future of its smartphone business in danger because of continuing US sanctions, branched out into other product categories, such as making a pair of “smart glasses” in partnership with South Korean eyewear brand Gentle Monster.

Huawei also released a slew of smartwatches and bands, the most premium being the GT2 Pro, which offers whopping 14-day battery life (the Apple Watch, by comparison, can barely go two days) and can be powered by wireless phone chargers.

With the pandemic dragging on, one may wonder if a dip in spending power might eventually slow down the consumer tech industry. As of now, though, tech brands are going full speed ahead into 2021.

Samsung, OnePlus and Xiaomi have all pushed up the releases of their next flagship smartphones to January, and reliable rumours say Oppo and Xiaomi will release several foldable devices. LG’s rollable display is all but confirmed for a 2021 release, too.

Apple will release a superior version of its M1 chip to be used in its top-end 16-inch MacBook Pro and perhaps its iMacs. Barring unforeseen drastic circumstances, Apple’s partnership with Intel seems to have come to an end.

2020 will be memorable for obvious reasons, but we can also look back at the past 12 months as a game-changer for mobile tech.