Limestone Network’s first venture into blockchain-powered smart cities is in the heart of Phnom Penh.

A Singaporean start-up is looking to transform the face of Southeast Asia by building smart cities powered by blockchain technology - starting with an ambitious 100-hectare mixed-use development project in the heart of the Cambodian capital, Phnom Penh.

The idea was first conceived three years ago by tech entrepreneur Eddie Lee, 39, and his real estate developer friend. Eager to tap the possibilities of blockchain technology, they took on the challenge of building an entire smart city.

"Most cities try to become smart cities by installing hardware like sensors and cameras, but our starting point begins with the software," said Lee, co-founder and managing partner of Limestone Network.

"Building on a hybrid blockchain infrastructure, the smart city collects information through residents' multiple daily touchpoints. These create an understanding of how the city moves, lives and functions."

Blockchain refers to a database made up of blocks of digital information, which is cryptographically secured, time-stamped, and distributed across a network of users.

With a start-up capital of S$1.5 million, they officially established Limestone Network in December last year - naming it in reference to how one of the "greatest civilisations", ancient Egypt, used limestone as one of the main building materials.

"People come up with a lot of fanciful and futuristic names for blockchain but we wanted a name that traces back to the roots of how things are traditionally built," said Lee, who is also the vice-president of the Singapore FinTech Association. 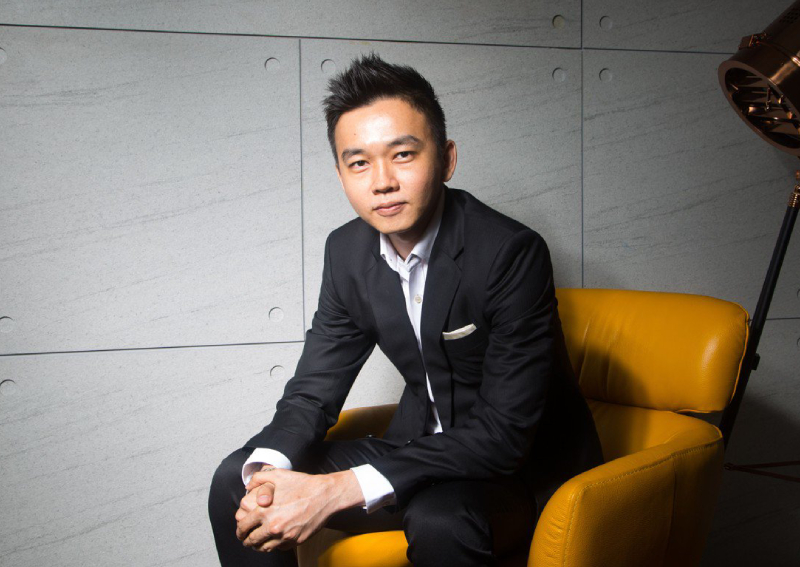 For the Phnom Penh smart city project, the first step is to create a digital passport, involving the registration of all residents and workers with the Limestone mobile app. 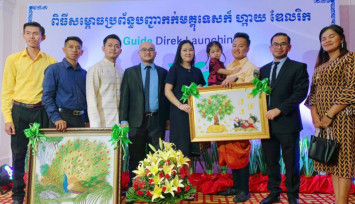 Their identification details are then scanned against global databases to check for any criminal records, and once cleared, their identity is mapped onto the blockchain network.

A verified digital passport unlocks Limestone's full features for residents, one of which is a digital wallet on their phone. This allows them to pay for purchases digitally, much like how Alibaba's Alipay operates. Alibaba owns the South China Morning Post.

People can also move around different buildings freely by just tapping in and out, which forms part of the "digital persona" of their activities.

The "beauty of blockchain" was the idea of giving the power back to consumers, Lee said. With permission-based blockchain, residents have control of their data and decide to whom they give their personal information.

This concept of data portability plays a huge part in how the city improves the daily lives of residents, Lee explained.

For instance, telecommunications companies looking to woo customers to sign up for an account can directly reward them - without the need to pay middlemen like advertising agencies - and their personal data is "ported over" within a matter of minutes, skipping the hassle of multiple registration.

In June, Limestone embarked on a pilot project at the Killiney Exchange Coffee outlet in the Phnom Penh development, which encourages customers to make their transactions via blockchain through the app, instead of using a credit card.

In a society where many Cambodians are "financially excluded", many do not even own a bank account, which means it is almost impossible to get study loans for their children's education or buy a house.

Lee is optimistic the new system will offer greater security, efficiency and access. He noted how residents in the smart city get a digital persona through their digital payment history, their habits of going to office or to the gym. This persona eventually becomes the equivalent of a credit score for a bank or microfinance institution to consider should they apply for a micro loan. 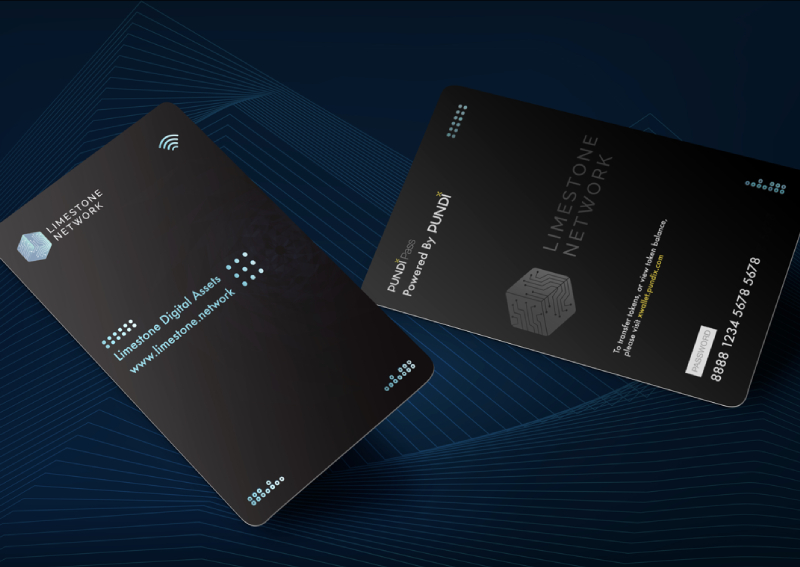 "These will form the initial set of data for the banks to consider versus going in blank which will be close to impossible," he said.

"The smart city should not only be about futuristic or cutting-edge technologies. It should be inclusive and include everybody, beginning with [people] at the bottom of the pyramid."

Read Also
Asia's digital economy is booming. So why are Singtel and Co struggling? 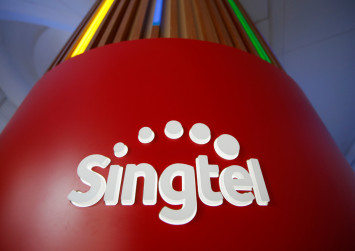 The project is scheduled for completion by early 2022 and will later be opened up to third-party solution providers, be they ride-hailing apps, financial institutions, telcos, retail brand owners or data analytics companies.

Limestone is part of the first batch of start-ups in Tribe Accelerator, Singapore's first government-supported blockchain accelerator, and is backed by government agency Enterprise Singapore.

The accelerator aims to link start-ups to more global players in the blockchain, fintech, mobility and supply chain, data and telecommunication, energy and sustainability spaces.

Over the next five years, Limestone hopes to implement similar smart-city models across Southeast Asia - such as other parts of Cambodia, Malaysia, the Philippines and eventually Singapore - in collaboration with local governments.

Lee recalled how he had encountered naysayers and doubters when he first co-founded a peer-to-peer lending company, which has since facilitated more than US$2 billion for small- and medium-sized enterprises across Asia.

"It might seem we are embarking on a visionary project … [but] I subscribe a lot to a quote by the late, great Nelson Mandela, who once said that 'It always seems impossible until it is done'," he said.

With cities growing quickly and urbanisation on the rise, blockchain has been singled out as one of the ways to connect different technologies together and pave the way for "smart" governance, security, energy, building and health care.

Its applications can range from changing the process through which people vote, allowing them to trade surplus energy with each other or incentivise good behaviour like recycling. 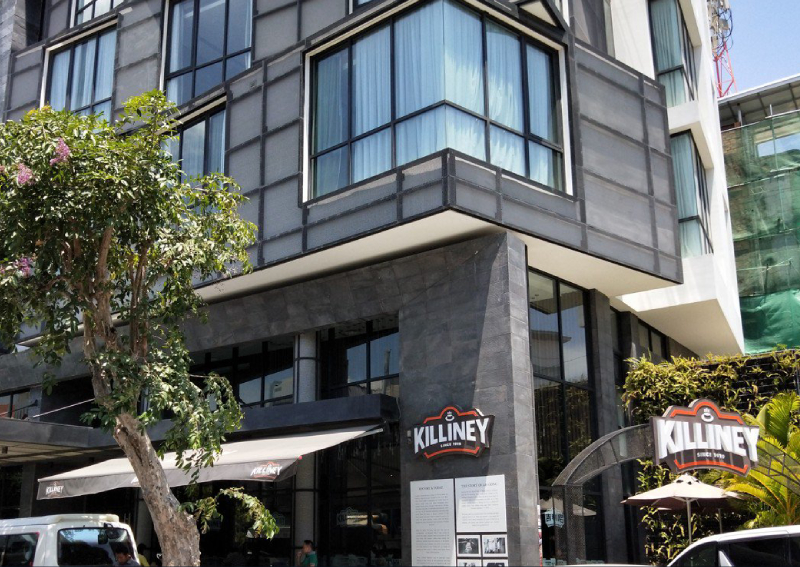 Countries like Estonia are already leading the charge, while Dubai has grand plans to become the world's first blockchain-powered government. By 2020, it aims to process all visa applications, bill payments and license renewals - the equivalent of more than 100 million paper documents annually - to digital transactions using blockchain.

Meanwhile, the American city of Austin is piloting a programme in which 2,000 homeless residents get a unique identifier that's securely recorded on the blockchain to access health and social services.

This is because the region's "huge diversity of environments" can yield significant applications "in many areas beyond what has already been deployed" in developed countries like Estonia and Sweden, he explained.

For instance, Southeast Asia grapples with large and very specific problems, ranging from trust deficits in government and severe pollution to rapid urbanisation, high traffic congestion and high unemployment. The advantages could be "huge" in less developed countries compared with developed ones, he said.

But implementation remains the central issue. One important area is to consider network reliability and performance - the underlying infrastructure a blockchain layer requires.

Said Griffin: "While blockchain does provide good resiliency from minor network interruptions, if the network is too bad [unavailable or slow] for too long, then it will be much worse than using centralised systems." 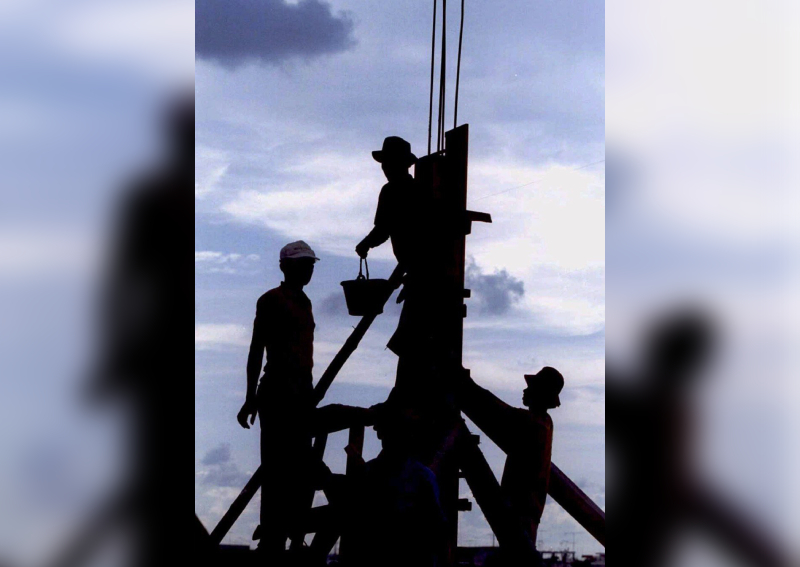 Another challenge is blockchain governance. Given that data must be validated before being stored as it can't be changed later, data storage and access to data must be "very carefully planned and implemented, and onboarding and off-boarding must be well defined and agreed", Griffin said. 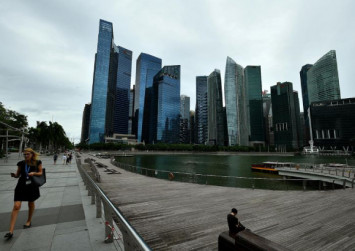 It also allows for a wide range of governance models, from the individual owning his own data to a fully centralised model with any type of shared governance of consortiums in between. Therefore, the right governance model needs to be chosen for each situation in providing the "correct control and appropriate transparency", he added.

Regulatory actions and data privacy are also major stumbling blocks, Hrnjic said, explaining that as blockchain technology develops at an incredible speed, regulators are continuously struggling to find a regulatory "sweet spot". Regulations are likely to differ across countries, such as Vietnam favouring a stricter approach compared with Singapore's relatively "progressive" one.

Hence, regulators need to engage in "meaningful consultation" with industry players and create frameworks to protect citizens, while "not hindering entrepreneurial spirit and innovation", Hrnjic said.

Furthermore, in the age of big data, the business models of major companies such as Facebook and Google centre on collecting large amounts of personal data for targeted marketing. In light of recent data privacy scandals, companies are "under pressure from regulators to be more stringent about how collected data is used", he added.

Ultimately, before adopting any new technology, people need time to change their habits. In some countries, cash is still king, despite efforts to introduce cashless payments.

Griffin said the final use of blockchain for smart cities was very much "in flux", and it was unlikely blockchain would end up as the "cure for all problems" - so a mix of centralised and decentralised technologies and governance would probably be the best such solution.

"The future of blockchain-enabled smart cities would likely be something in between an ideal society where everyone has control over their lives and environment and a dystopian society of a few controlling the masses," he said.