A glimpse of Apple Watch 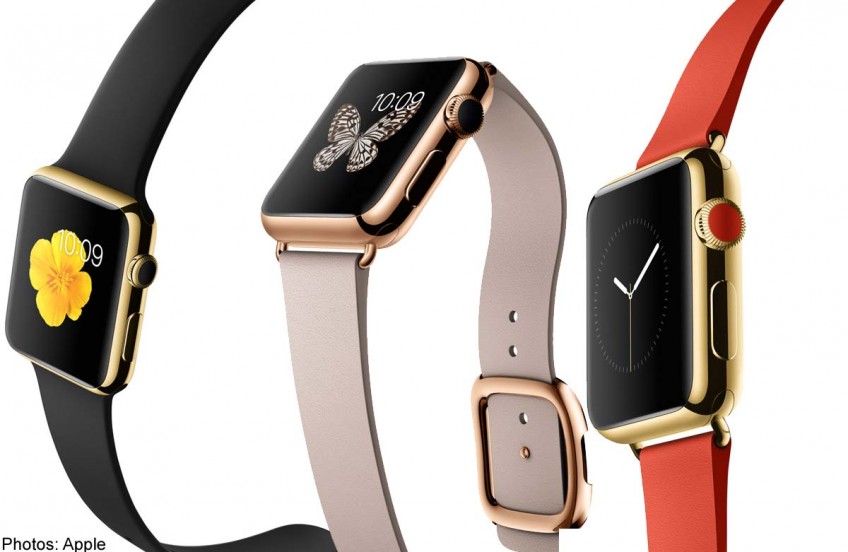 First of all, the Apple Watch doesn't look half as good as the Moto 360 or the Huawei Watch. Phew, I had to get that out of the way quickly.

So, Apple first gave everyone a glimpse of its "iWatch" last year around September, and we had more details of the release earlier this month.

If you haven't heard, then no, The Brunei Times didn't have a printing error. A smartwatch is going to cost you north of $24,000 due to its 18-karat gold model. If you have a friend who's planning to buy that model, please shake some sense into him or her.

To simplify, there are three tiers of the Apple Watch, however, all three feature the same curved design display.

Inside all three, they're all the same as well. Same features, same storage capacity, and connectivity.

The only difference is in the materials used and the straps of the watches.

Each of the three models have two different body watch sizes: a 38mm face or a larger 42mm.

The entry level model is the Apple Watch Sport that comes with a rubber watch strap with a space grey or silver aluminium-alloy watch body. US$349 will obviously get you the smaller 38mm watch, whilst the larger 42mm costs US$50 more.

The middle-tier Apple Watch has a body made of stainless steel, and a sapphire crystal/ceramic back.

The watch's body comes in "steel" and "space black steel", and there are numerous bands to choose from that are sold separately.

Then comes the Apple Watch Edition, which has the 18-karat gold that is either rose gold or yellow gold. It starts at US$10,000 and has options ranging up to US$17,000.

This model also has numerous watch strap options which you could play around with, but please don't waste your money on a smartwatch with the price of a car.

Obviously, Apple has entered the wearable race a little later than the rest. The small watch screen is one of the rare few to have a scroll-wheel knob on the side along with a button on the side that lets you access other functions.

Connectivity functions include WiFi and Bluetooth, but it can also tap onto your iPhone's connectivity. Apple, of course, have chosen to limit its customer base, which forces you to buy an iPhone 5 (or newer) in order to make use of the Apple Watch.

The highlight of the watch (not for Brunei) would be its Apple Pay capabilities via NFC. I would definitely like to pay for my coffee with a tap of my wrist. So you have some versatility with it.

The other feature that gives the Apple Watch an advantage is its own ecosystem of apps for the watch which you can download via your iPhone. One of which is its direct-communication app, called Digital Touch.

It is an Apple Watch to Apple Watch communication system, where you can scribble emojis, or send vibrations, and audio messages over to the other watch. That is one feature I would like to try out on the Apple Watch actually.

As for its role as a fitness companion, the key component of every smartwatch, the Apple Watch tracks movement, calories burned during activities, and has a heart-rate monitor. This is done with two fitness apps which sync back to the iPhone.

The watch has an IPX7 water-resistance rating, however, it is not good enough to swim or shower in.

Its battery life is an abysmal 18 hours, which means you will be charging this thing every single night, and Bluetooth music playback will only give you six hours, whilst the heart-rate tracker can only last for six hours as well. But it isn't like any average Joe can pull off a six-hour workout.

Battery life is going to be the major downfall of the Apple Watch if for some reason it doesn't last throughout the day. It's already a major red flag when you have to charge it every night on top of charging your smartphone.

If you're buying the Apple Watch, I would say, don't spend more than $800 on it. That would already be double the average price of a smartwatch, and there are a lot of them out there.

The smartwatch game has been going on for a good six months now, so the next line of smartwatches introduced by other manufacturers should bring out a whole new ball game.