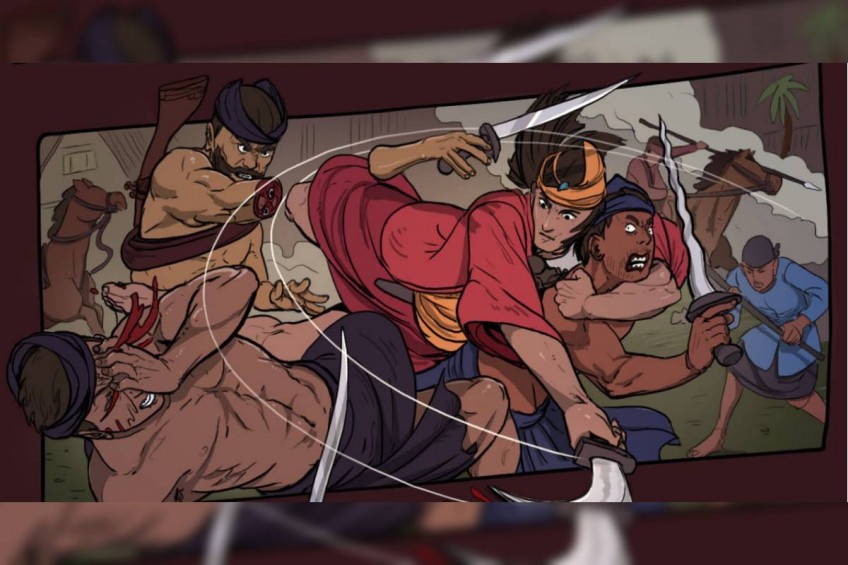 Ever wanted to take a quick dive into a part of Singapore's history but don't wish to be bogged down by long and dreary texts? Then you'll be glad to know that Singaporean illustrator and the artist behind A Good Citizen Dan Wong has done up a comic for your easy viewing.

The comic, titled The Aceh Attack of 1613, was produced in collaboration with the SG Bicentennial Office and tells the tale of well… the Aceh attack of 1613 where Singapore was attacked by 20,000 Acehnese warriors after their attack on the Johor Sultanate. It is rather aptly titled if we do say so ourselves.

On his Facebook post, Wong promises that he has peppered his 45-page comic "liberally with gore, sex, and black magick". Whether that is true or not we leave for you to find out. Wong did state in the comic is "a work of fiction" so we imagine some creative licenses have been taken.

Here is the summary of The Aceh Attack of 1613:

Two kingdoms vie for power over the Malaccan Straits: The Johor Sultanate under Sultan Alauddin Riayat Shah III, a rising power in the east born from the ashes of Melaka, and the Aceh Sultanate led by Iskandar Muda, made mighty by dint of its military and wealth from trade.

According to Wong, the comic was made with support from fellow creators Melinda Chong and Jessin Goh, Andrea Tiang, Joshua Francis, and Kari Kaiju. Local comics expert CT Lim edited the book.

The Aceh Attack of 1613 is available to be read for free on the SG Bicentennial website.