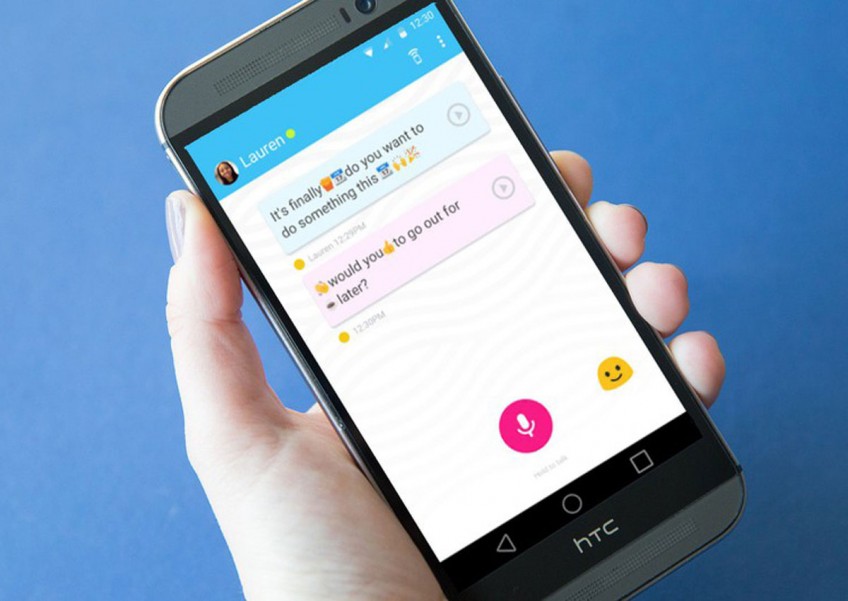 Google is working on another experimental messaging app, this time in the audio space.

Supersonic transcribes everything you say and replaces words with emoji where it can. As you can see below, my friend sent me lyrics from Beyonce's "Irreplaceable":

If I bought it please don't touch, And keep talking that mess, that's fine, But could you walk and talk at the same time? And it's my mine name that is on that tag, So remove your bags let me call you a cab"

Which Supersonic transcribed to:

The transcription is both extremely accurate and lightning fast. Supersonic transcribes the message in real time as your friend is speaking into their phone, which is a cool touch. This means that you don't have to wait for your friend to send the entire message before you start seeing the transcription.

The app is a great middle point between audio-only messaging and text messaging. In addition to reading the transcribed text, you can also listen to the original audio message, creating an interesting combination of calling and texting.

The app features a Google Assistant-style bot named "Supersonic Help-bot." You can ask the bot questions and it will reply with its own voice and emoji messages. There's also a "lounge" area where you can go to discover other Supersonic users, similar to Houseparty's approach.

Area 120 is an internal incubator for Googlers to work on new ideas, so for now Supersonic is not an official Google-branded app. But it's possible that in the future, it may be folded into an existing app like Allo.

The ? is currently only available for Android users-and it's super ? and ?. You can download it here.