Singapore-based influencer agency group Gushcloud International has raised US$11 million (S$15.2 million) in a funding round led by GDP Ventures.

The funding is said to help support Gushcloud's global expansion plans to connect Southeast Asian influencers, creators and companies with those in main markets such as China and the United States, particularly Hollywood. 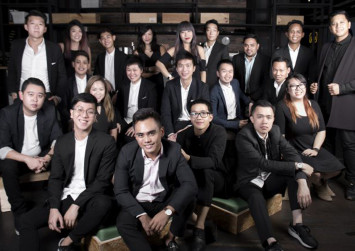 In addition to announcing the funding, Gushcloud also shared changes it had made to management, with founders Althea Lim and Vincent Ha having been promoted to group CEO and chairman of the board, respectively. Meanwhile, Oddie Randa and Chloe Lim have been appointed to lead Gushcloud in Asia.

According to consulting group Analysys International, China's influencer economy was worth more than $15.5 billion last year and more than 70 per cent marketers are expected to increase their budget in this scene in the next couple of years.

In Indonesia, influencer marketing is also said to be a market that is continuing to grow said Gushcloud's director of sales and marketing for Asia Pacific and country director for Indonesia Oddie Randa.

"International-scale companies like Nestle and Unilever continue to increase their spending on influencers, meanwhile local conglomerates such as Mayora and Tong Tji have started to embrace influencers as their product ambassadors instead of celebrities. The growth in such spending reached 30 per cent on average last year, and Gushcloud will continue to sharpen our business model to support our global clients with a focus on main markets like Indonesia, Korea, United States and China," Oddie said.

Initially launched in Asia as a platform that connects influencers with advertisers, in 2012 Gushcloud changed its model into an influencer marketing agency and later developed into an agency group that also focuses on developing influencers and creators in each country.

The company currently has 13 offices across Asia and the US.