Pokemon Go players will be able to do more with their virtual creatures now the Augmented Reality game has added a new Buddy Adventure feature.

Game maker Niantic says the feature encourages players to bond with their Pokemon by feeding them and playing, battling or exploring with them.

Originally, players could only walk with their buddy Pokemon and earn candies, used to power up said buddy. Changing their buddy would reset the distance needed to earn candy.

With the new system, resetting will no longer reset progress.

By interacting with their buddy, players will unlock perks including seeing the Pokemon on the AR map where they will follow the player's avatar around, help players catch other Pokemon, as well as bring players random items and souvenirs.

Pokemon that are best buddies with the player would even become more powerful in combat.

Unlike real life relationships, it's easier to check your creature's affection for you, as it is measured in hearts.

While the Buddy Adventure is available for those that have updated their app to the latest version, Niantic is planning to roll out more features including meeting other players' buddies using AR. 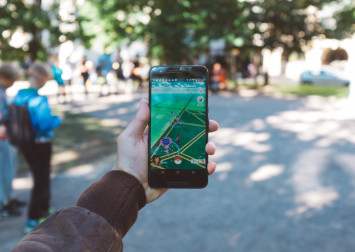 "In the new Shared AR Experience mode, you can sync up with up to two other Trainers with AR+ to take a group photo with your buddies together! It'll be the perfect chance to create your own epic Pokemon moments and capture new Pokemon memories with your friends," it says.

Meanwhile, starting next year, Community Day events will differ depending on the player's region.

"The safety and wellbeing of our Trainers is of the upmost importance, so moving forward we plan on testing Community Day hours that are based on the hemisphere that you reside in," Niantic explained in its blog, adding the change was based on user feedback.

A check of several sites shows that Malaysia is located North of the equator line.