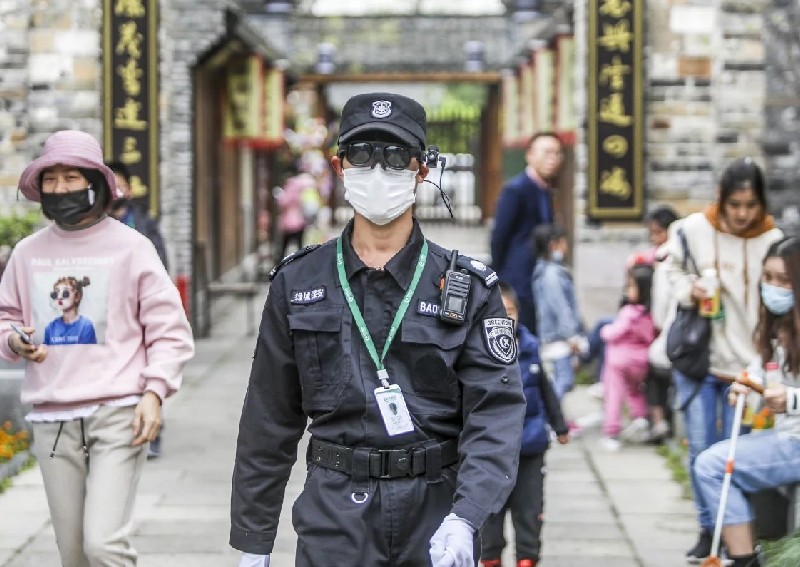 A roving security staff member at Hongyuan Park, part of the Xixi Wetland preserve in Hangzhou in eastern China, wears a pair of smart glasses from artificial intelligence start-up Rokid to check on the temperature of park visitors. A handout photo.
South China Morning Post

In comics, television and film, there is almost no hiding from Superman because of his powerful X-ray vision. The famous exception is his inability to see through lead.

Nearly 82 years since this superhero first appeared in Action Comics #1 on April 1938, the line between science fiction and reality is blurring fast in China, as more advances in artificial intelligence (AI) technology are being used to help stop the coronavirus from spreading.

Roving security staff at Hongyuan Park, part of the Xixi Wetland preserve in Hangzhou in eastern China, now have the power to quickly detect the body temperature of all park visitors from a distance of up to 1 metre, thanks to "non-contact thermal augmented reality" smart glasses supplied by AI start-up Rokid Corp.

The company said on Thursday that each smart glass user will be capable of checking the temperature of several hundred people within two minutes - a vast coverage and speed that would make even Superman proud - to eliminate queues at the park entrance.

It said the smart glasses are being deployed this week in a bid to "reduce the possibility of [large numbers of people] gathering" amid efforts to enforce social distancing, especially as more public facilities across the mainland are opened after a nearly two-month shutdown because of the coronavirus crisis. 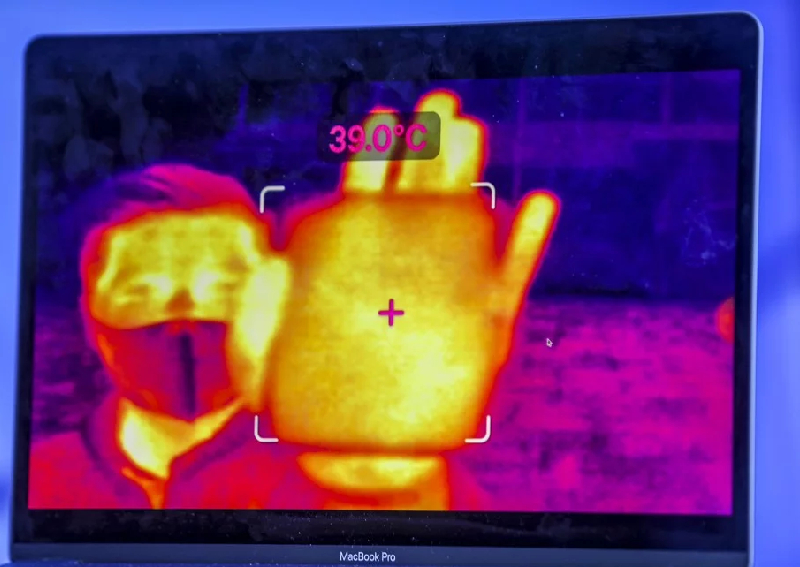 The Covid-19 outbreak on the mainland has led to a surge in the use of AI applications to help contain the spread of the disease.

Some of the initial applications range from robotic cleaners spraying disinfectant at segregated wards and apps that can track people's travel history to AI voice assistants calling people to give advice on home quarantine.

Tech companies including Baidu and Intellifusion said their AI technologies are being used at temperature checkpoints at railway stations and airports in big cities like Beijing and Shenzhen to reduce waiting time and lessen the risk of contagion.

Hangzhou-based Rokid's smart glasses each weigh about 100 grams and are designed to look like regular sunglasses.

The attached camera and cable, however, are a dead giveaway that it is not a normal pair of glasses.

Each device would send out an automatic alert when identifying subjects with a fever and make a digital record. It also supports real-time facial recognition and remote collaborative tasks.

Founded in 2014 by Misa Zhu Mingming, who previously led an AI research team at Alibaba Group Holding, Rokid said it has provided "multiple sets" of its smart glasses to the public security bureau and highway police command centre of Hangzhou, capital of Zhejiang province, since January.

It also supplied smart glasses to the traffic authorities in the cities of Huzhou and Quzhou, also in Zhejiang. Alibaba is the parent company of the South China Morning Post.

While facial recognition has become commonplace for many daily activities in China and greater data collection has undoubtedly helped prevent the coronavirus from further spreading because of precise reporting of hotspots, concerns remain about the trade-off between privacy and public health in AI applications such as Rokid's smart glasses.

The World Health Organisation (WHO) on Wednesday called on the need to safeguard privacy, as countries rope in technical help to fight the deadly coronavirus.

The pandemic is the first time where information technology, social media and AI are being aggressively deployed around the world, according to Michael Ryan, chief executive director of the WHO's health emergencies programme.

On Chinese microblogging site Weibo, however, a post featuring the Rokid smart glasses received more than 7,000 likes as of Thursday, somehow indicating an acceptance of increased public data-gathering technology and its potential use elsewhere.

"Schools should take a reference and use that as they reopen," a Weibo user named Rong Shu commented under the post.

A user named Nanbeideluoye wrote: "We could export technologies like this."