A handout photo. Tan Zhouhai and his grandfather are delighting China’s online community as the internet embraces an older generation of video stars.

In the first half of last year, Tan Zhouhai was a frustrated villager in the central Chinese province of Hunan, shooting short videos of his rural life and uploading them to the internet to attract potential customers for local agricultural products.

Tan was used to his videos receiving dozens, sometimes a few hundred, likes from his audience on Chinese social media.

That changed when he uploaded a video of his 83-year-old grandfather dancing along to a popular song called Little Apple gained 10,000 likes.

Inspired by this unexpected success, Tan asked his grandfather to perform regularly for his account, called Countryside Plump Dahai, in videos featuring the 30-year-old cooking for the elderly man, who has lost all his teeth, wearing a pair of round sunglasses for added comic effect.

The account now has 1.6 million fans and has accumulated at least 3 million likes. 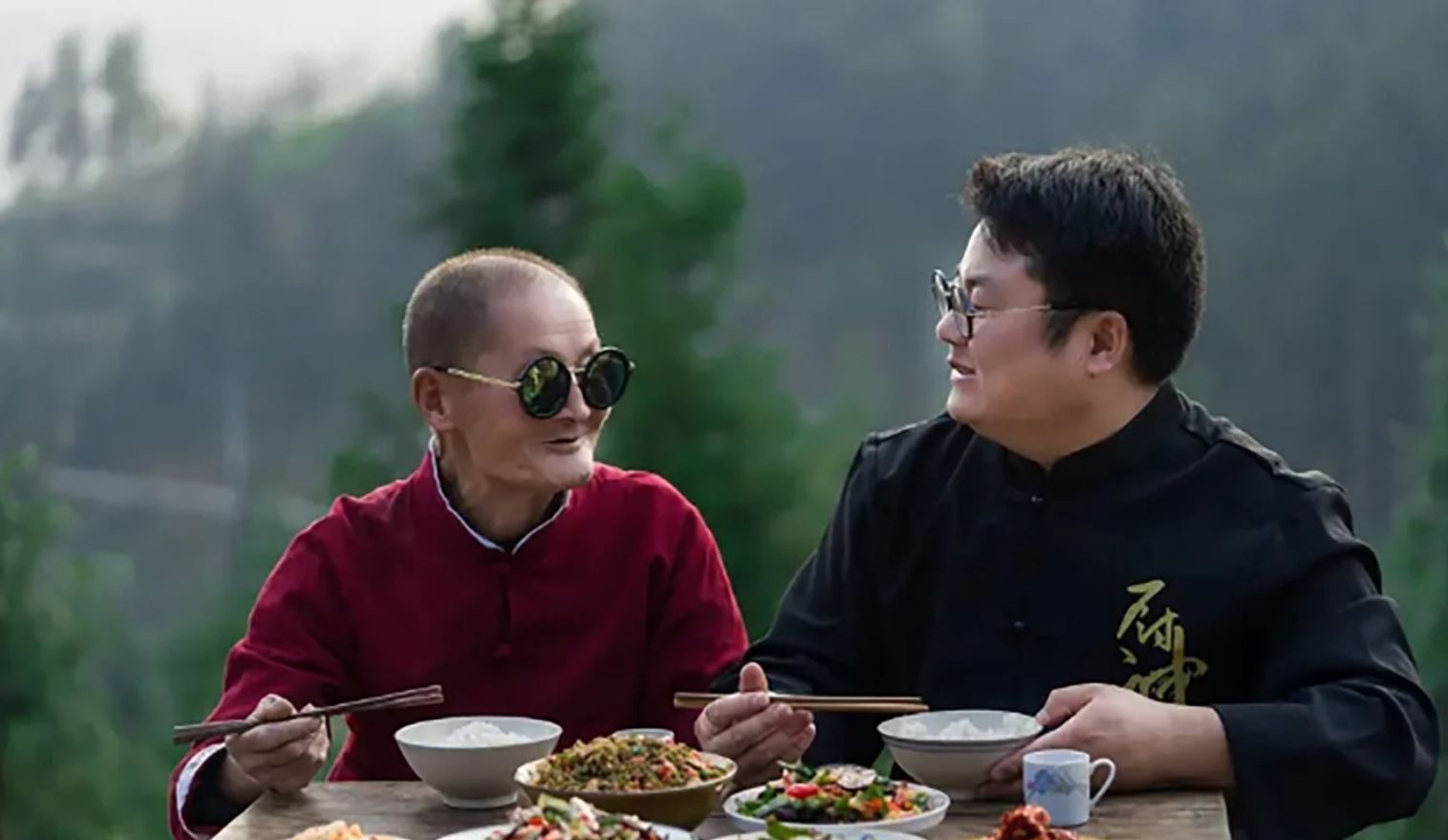 A handout photo. Tan Zhouhai and his grandfather in one of their videos.  PHOTO: South China Morning Post

“Before my grandfather joined me, my account was just an ordinary one about food and was unnoticed on the internet,” Tan told the South China Morning Post.

“With my grandfather in my videos, my account expresses filial piety, family love and companionship. Many of my fans have said they were touched. They said they liked my grandfather and think he is so cute.”

Tan’s grandfather is just one of a number of elderly people, including some octogenarians, who have taken Chinese social media by storm by breaking the public stereotype of the typical senior citizen.

The country’s top two short video apps Douyin – known as TikTok outside China – and Kuaishou each have more than 400 million monthly active users.

More than 70 per cent are younger than 35 and, among those, around a third are aged between 24-30, according to Yu Siyao, an analyst from LeadLeo Research Institute.

“This group of online celebrities gives the audiences freshness and surprise because of the contrast – they are old aged, but their mentality is not old at all,” she said, adding that there is a deep-rooted impression that elderly people are slow, bedridden by illness, lead boring lives and have been left behind by fashion and new technology.

One well-known online celebrity is a 99-year-old resident of Chengdu in the southwestern province of Sichuan.

Nicknamed Food Aficionado Granny, she has 6.6 million fans of her videos in which she eats all kinds of dishes, from hotpot to sweet treats and hamburgers, accompanied with bottles of alcohol.

Her exotic choices have included cola and durian. 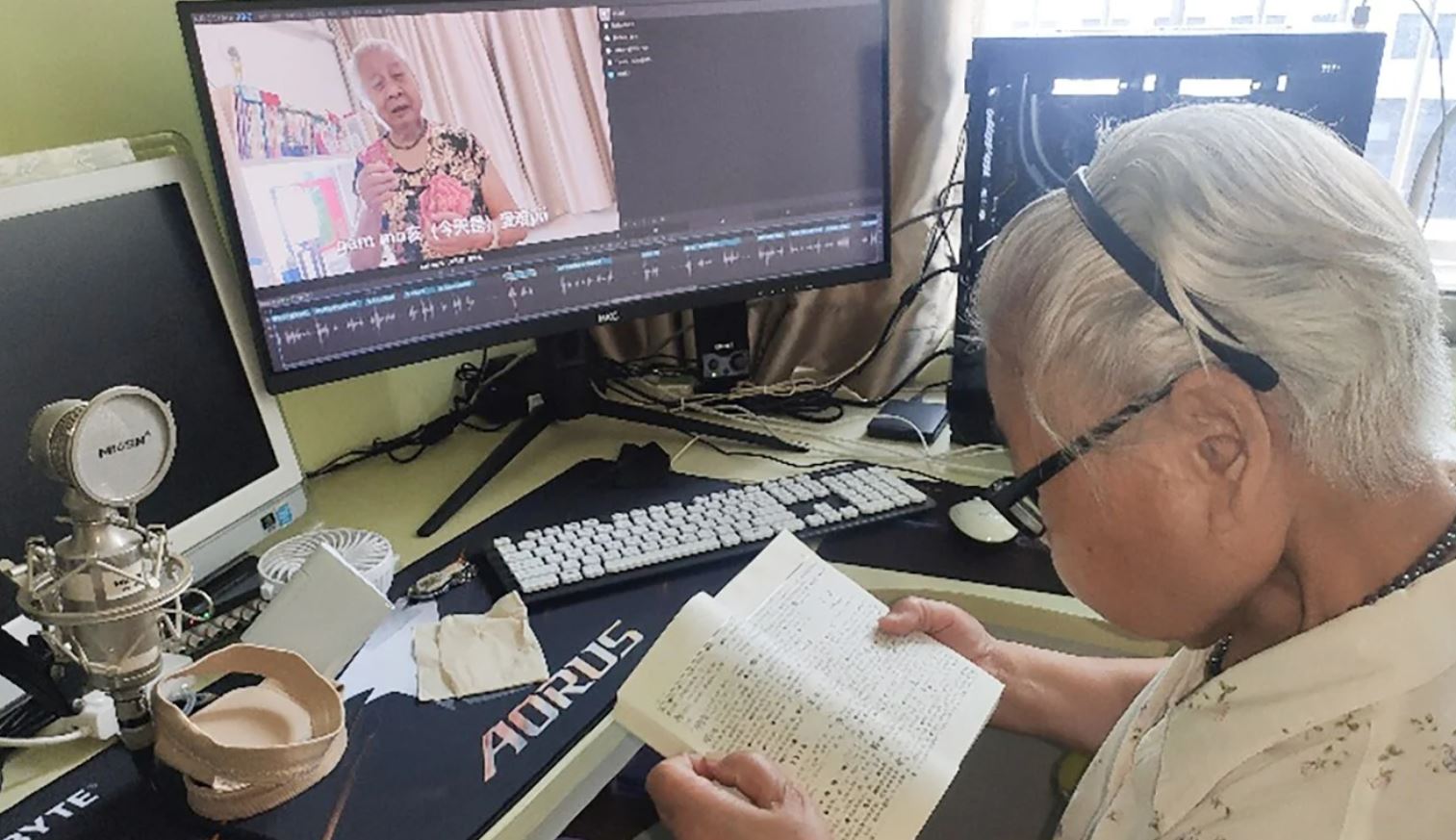 A handout photo. Jiang Minci, a retired railway engineer, checks the dictionary while preparing for a video, produced with the aid of her grandson. PHOTO: South China Morning Post

Other online favourites include a 79-year-old woman known as Granny Wang Who Only Wears High-heeled Shoes – renowned for her good figure and elegant and stylish clothes – and Yaoyang’s grandfather, an 80-year-old man who shares humorous stories of his everyday life in the dialect of northeastern China. They have 16 million and 13 million subscribers, respectively.

Jiang Minci, an 89-year-old retired railway engineer in the southern city of Guangzhou, shot to fame in the past four months after releasing short videos on leading social media website bilibili.com.

The videos, which chronicle her early days and show her cooking local cuisine, are regularly flooded by greetings of “Hello Granny!” from her audience.

“I am happy to interact with young people. I feel their vitality and I feel I am younger than before. It seems to me that I have many more grandchildren,” Jiang told the Post.

Jiang said she became interested in short videos after seeing her 16-year grandson watching them on the internet and laughing a lot. She decided to share her own life experience with the younger generation, to give them a deeper understanding of China’s humiliating past, she said. 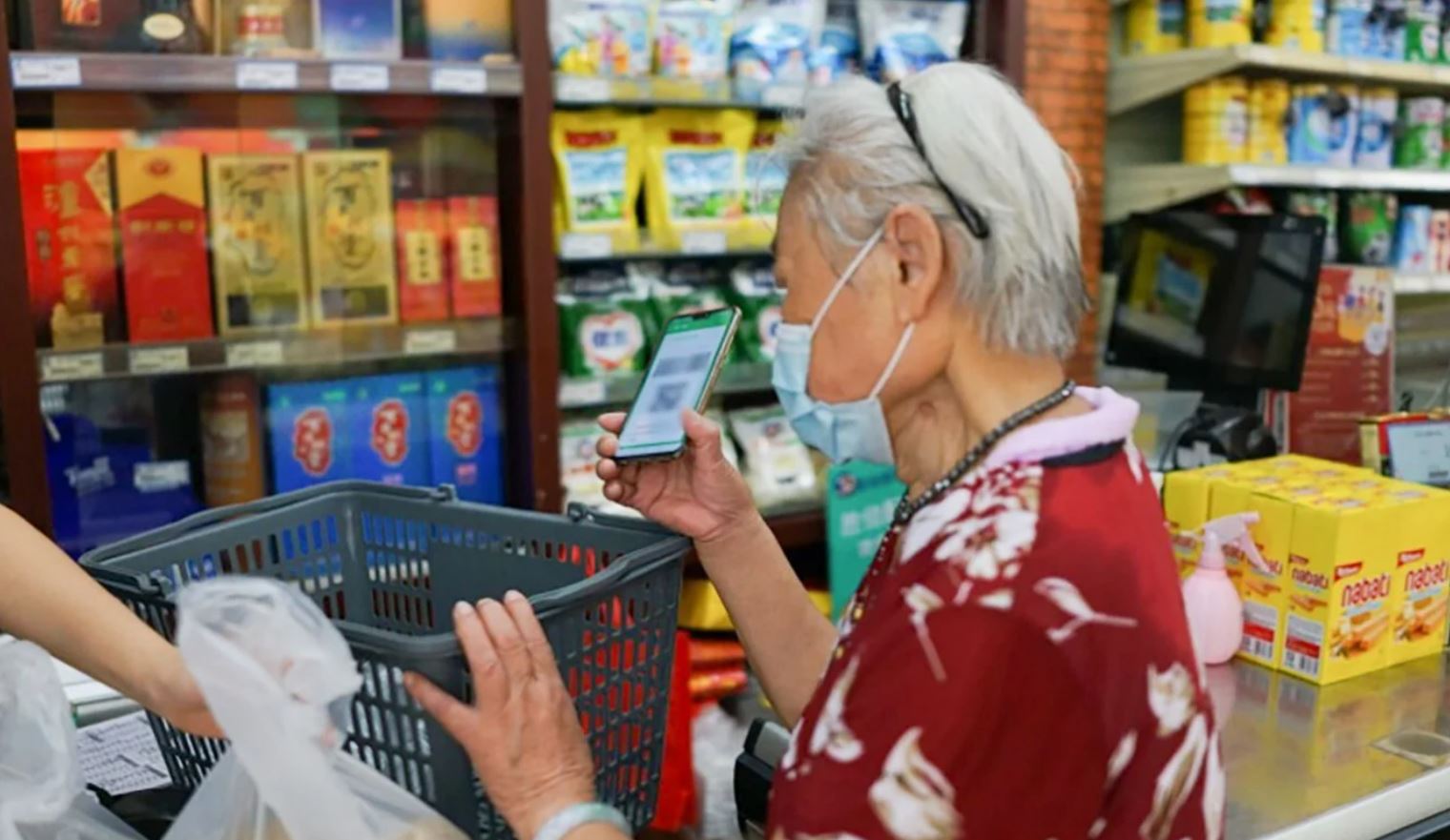 With her grandson’s help, each video takes about three hours to prepare but Jiang – who communicates with friends on WeChat and pays for her shopping via online apps – said she was learning video editing skills and hoped she would soon no longer need his assistance.

Chen Duan, a data economy and communications expert from Central University of Finance and Economics in Beijing, said developments in technology had made it easier for elderly people to use digital tools, leading to more of them becoming fans and bloggers of short videos.

“Not every old person can be popular on the internet. It depends on their media sense, their feel in front of the camera and their acting skills,” Chen said.

China has 249 million citizens over the age of 60 , making up 18 per cent of the population, according to the latest figures from the end of 2018.

Liu Jing, a researcher from the 60 Plus Institution, which focuses on research into the issue of ageing, said making videos was a way for senior citizens to express themselves and helped to make their lives more colourful.

His grandfather’s stamina is an issue for Tan, who said he did not let him perform too much for the videos, for fear of tiring him. “Another difficulty is that my grandfather and I are both not professional in making videos. I am not confident about our performances,” he said.