Here's what happened when I swapped my iPhone for a dumbphone

Last month while on holiday, I placed an order for a dumbphone made by this company called Punkt Tronics AG, headquartered in Lugano, Switzerland. The Jasper Morrison-designed phone arrived in a neat little black box via DHL a week later.

The MP02, as the model is called, can handle voice calls and SMS text messaging and has a calendar, clock, notes, calculator and not much else. It does support 4G tethering so that one can connect other devices, such as a laptop or iPad, to the phone.

The idea is that if one really needed to check email or post holiday photos on Instagram, one can do so with other devices using the phone's internet access. But as far as hosting apps on the phone itself is concerned, the MP02 is as dumb as it gets.

There is a small but growing interest in dumb phones, from nostalgic mid-lifers who still remember their Nokia 5110 or Motorola StarTAC flip phones, to those wanting a respite from the bombardment of smartphone notifications and the siren call of social media. For me, I wanted to see if spending less time on my phone would free me up to do something else. 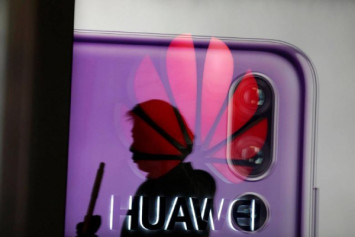 After a week of using the MP02 while on holiday and now back at work, I can say that using a dumbphone has made me realise how much time I previously wasted fiddling around with my phone without purpose, checking Twitter or Facebook out of habit rather than with a specific need to.

With the Punkt phone, I could not indulge the bad habit of reflexively checking my phone, even if I wanted to. No apps meant no Twitter, Facebook, LinkedIn, YouTube, Instagram, Netflix. No Gmail, Slack, or WeChat. I probably saved a few bucks too because I couldn't get on Amazon or Taobao to do a spot of one-click impulse shopping while descending into the bowels of Hong Kong's Causeway Bay en route to the subway.

In the first couple of days, I would instinctively pull out the phone from my pocket while waiting for a train or standing in a queue, before realising that it cannot do anything except make calls and send text messages. So I put the phone back in my pocket and looked around instead.

No social media also meant I did not waste time mindlessly swiping through photos of happy families on ski slopes in wintry Japan that fills my Facebook feed around this time of the year. With the MP02, there is no touch screen, no perpetual scroll. Real buttons, real click-sounds, no haptic feedback.

After a fidgety few days, I started getting used to not instinctively checking my phone every five minutes. I found out that the world will not end just because I do not respond to emails or messages instantly. If it was important, they could pick up the phone and call. That is the way it was supposed to work, but somehow along the way we allowed technology to confuse immediacy with importance.