The newly inaugurated Beijing Daxing International Airport is expected to eventually become one of the world's busiest, as its operations relieve pressure on the Chinese capital's overcrowded main aviation hub.

On Wednesday, the initial batch of travellers who used the new airport - located about 65km south of Beijing Capital International Airport - were also the first to experience how the latest technologies adopted by this facility may set it apart from other second long-haul international airports in Tokyo, London, Paris and New York. 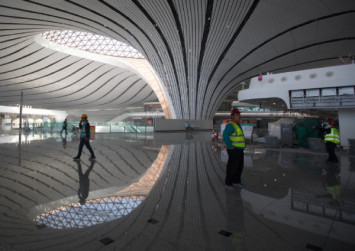 The late architect, who died in 2016 before she was able to see the project to fruition, was renowned for her monumental, experimental and aggressively curvilinear work.

While the advanced technologies adopted by Beijing Daxing International Airport may follow the spirit behind Hadid's design, time will tell if the new facility would join Singapore's Changi and Qatar's Hamad in the rankings of the world's top airports.

Here are three of the hi-tech features now deployed at Beijing's new airport. 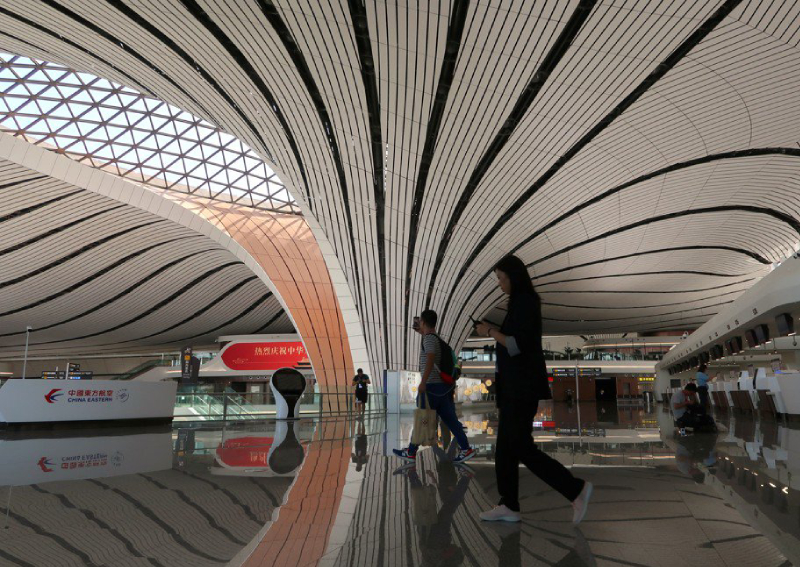 That infrastructure "makes the airport a new model for utilising a 5G Gigabit network in the civil aviation industry", said telecommunications equipment supplier Huawei in a statement released on Monday. 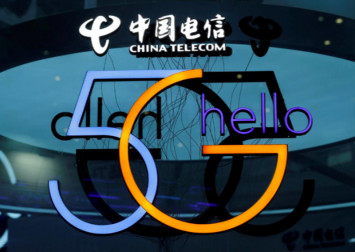 Earlier field tests showed that 5G data rates exceeded 1.2 gigabits per second, which is about 100 times faster than what existing 4G networks provide.

China Mobile, the world's largest wireless network operator by number of subscribers, has also rolled out new wireless base stations covering at least 20 key areas at the airport to support both 4G and 5G mobile users, according to a report by the Beijing Daily.

Facial recognition technology, which automatically matches a person to a national database, supports identity verification at the airport. That helps speed up things for travellers at the security gates, each of which can process 260 people per hour, according to a report by the official Xinhua News Agency.

The airport has installed more than 400 self-service check-in machines, which are expected to shorten passengers' waiting time to about 10 minutes.

Passengers can have their faces scanned to check in their luggage, clear security and board the aircraft, which dispenses with showing an ID, holding tickets or scanning QR codes.

To use the paperless luggage-tracking service, travellers must first apply for reusable RFID (radio frequency identification) tags to be attached on their baggage. They will also need to log their flight number and destination on their airline's app before physically dropping off their luggage. Travellers can then track the status of their baggage using the app.

What could be the most anticipated innovation at Beijing's new mega infrastructure is its deployment of artificial intelligence-powered smart robots, which can work alongside regular airport personnel as well as learn from their behaviour and its own experiences.

One such robot is now being tested to help drivers park and pick up their cars at the terminal's vast car park. It has helped reduce average parking times to about two minutes, according to a Xinhua report. 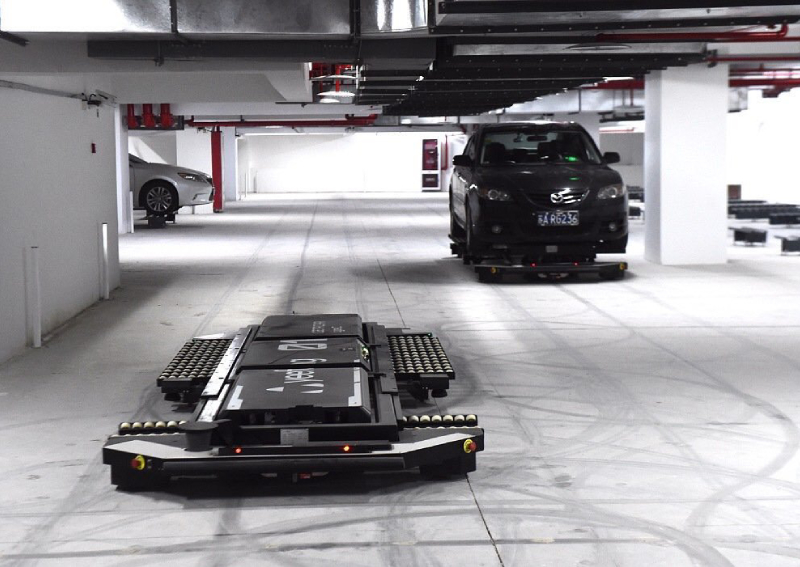 That is used in combination with JD.com's Smart Parking System, which is provided as an app that drivers can use to get a real-time map of available slots to park in the lot.

Robots have also been deployed at the airport's transformer rooms, according to a report by The Beijing News. These rooms typically house electric switchboards, fire alarm control panels, circuit breakers and disconnects, and electricity metres.

The robots have helped cut down inspection times at these facilities to within 30 seconds from up to two minutes previously. Equipped with facial recognition technology and movement-tracing capability, these machines can also spot any unauthorised person on the premises and immediately flag a warning.