A growing number of artists and cryptocurrency exchanges are riding the popularity of non fungible tokens (NFTs) to launch blockchain-based fundraising campaigns for philanthropic causes.

But wealth creation aside, some artists are using NFTs to help plug the wealth gap in other parts of the world, or to campaign for gender equality.

Pakistani artist Maliha Abidi last month launched her Women Rise project to mint 10,000 NFTs, donating part of the proceeds from the sale to advocacy groups supporting equal rights for women, such as the Malala Fund, an NGO co-founded by activist Malala Yousafzai to support girls’ education. Each NFT features a hand-drawn portrait of women of different nationalities and traits.

NFTs are blockchain-based tokens that represent collectibles, art pieces and other creative works whose designs are one of a kind, and therefore non-fungible.

“We want to start with increasing literacy of the internet and technology among women,” Abidi said during a call hosted by cryptocurrency exchange OKEx last week. 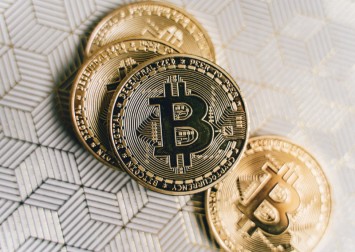 Abidi said the goal was to educate families about the “financial independence to be gained from participating in the internet and blockchain community”.

Blockchain will become the new normal for the web in future, according to Abidi, who worked as a traditional artist for nine years and is also studying neuroscience at the University of Sussex in the UK.

Blockchain and NFTs help connect artists directly with collectors because they eliminate the need for middlemen like galleries and art brokers. This means “there is a lot of money to be made” for artists and musicians, even if they do not have a university degree, Abidi said.

Cryptocurrency exchanges have also worked directly with artists to help promote sales of their artwork through NFTs. While this approach may not attract the top-dollar bids seen at auction houses, it offers an opportunity to purchase artwork at a fixed price instead of bidding at an auction.

Binance, which over the past year has received warnings from multiple regulators including in the UK, Japan and Hong Kong — and has been trying to mend relations with regulators by getting a licence to operate a cryptocurrency exchange — has recently directed more effort towards promoting NFTs as part of its charitable work.

Binance said it has raised 2,041 bitcoin, equivalent to US$98.8 million, to donate to one million beneficiaries globally. The exchange prefers donations in cryptocurrencies, although it also accepts fiat currencies.

In July, New York-based artist Jon Burgerman, known for his playful characters and doodle art style, donated half of the 8,000 BUSDs earned from selling six artwork as NFTs to the Binance food supply project to help schoolchildren in Uganda. A BUSD is a stable coin backed by US dollar co-issued by Binance. 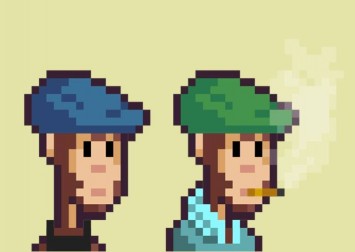 “Different from a donation made in fiat currencies, NFTs have intrinsic value that can appreciate over time. Therefore, donating through an NFT may provide a relatively higher value [to the end beneficiaries] than traditional forms of donations,” said Helen Hai, head of Binance charity and NFT.

Blockchain also provides greater transparency in the donation process, as funds raised go directly to the cryptocurrency wallets of the beneficiaries, who can then use the proceeds to redeem food and medical supplies. Fraud and corruption are virtually eliminated because of the absence of middlemen.

Hai said project suppliers can choose to convert cryptocurrencies back to fiat money on the Binance platform, and donors can track their donations through an identification number on the blockchain.

Sales of NFTs on the ethereum blockchain network reached US$1.3 billion in the first half of this year, surging from only US$17.4 million in the same period a year earlier. About a quarter of this year’s sales, or US$324 million, was attributable to arts, according to a recent UBS report co-authored with Art Basel.

However, cryptocurrency donors will not be able to claim any tax deductions in Hong Kong, as the city’s tax ordinance requires traditional monetary donations to qualify, according to William Chan, a tax partner at Grant Thorton in Hong Kong.