How to play Pokemon Go 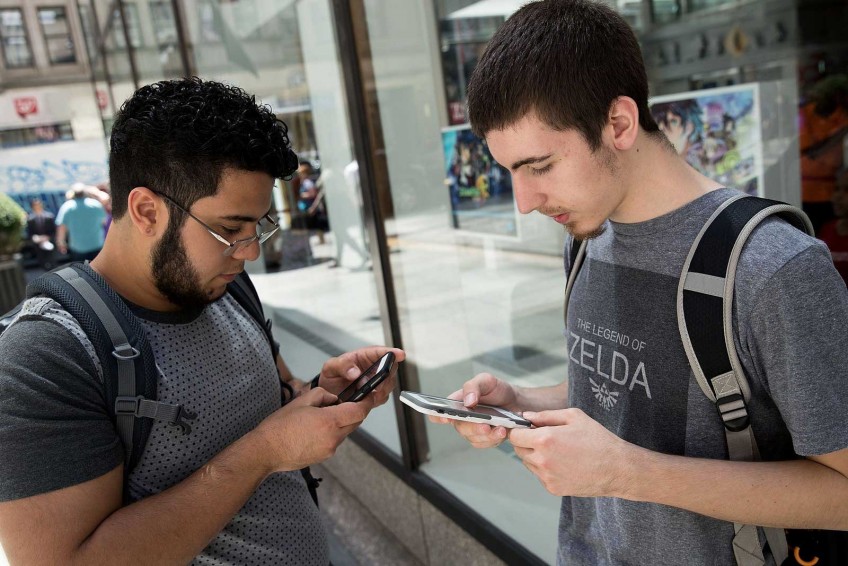 The free app, based on a Nintendo title that debuted 20 years ago, has been adapted to the mobile internet age by Niantic Labs, a company spun out of Google last year.

Here are monster-hunting basics for those interested in trying Pokemon Go.

Capture and train monsters to battle for control of virtual "gyms" displayed on smartphone maps of real-world settings.

- Walk to a "PokeStop" icon pictured on the map and tap on it to reveal photos of the real-world location you are standing in front of.

- Spin image to obtain supplies such as balls for capturing monsters.

- Progress to the next level by visiting PokeStops and capturing Pokemon.

- While walking, watch smartphone map for what appear to be bursts of leaves or grass.

- When a Pokemon image appears on a screen tap it.

- Hold finger on Pokeball at bottom of smartphone screen.

- Increase a Pokemon's power using stardust and creature-specific candy found in the game.

- Walk to a gym, represented on a map as a tower.

- Once close enough, tap on the icon to enter the gym.

- Chose to join the red, blue or yellow team.

- If a gym is controlled by a rival team, challenge the ruling Pokemon for dominance.

- After defeating a rival Pokemon, leave your own Pokemon to rule the gym.

- If a gym is controlled by your team, challenge the incumbent Pokemon for status.

- Essentially everywhere in places the app is available.

- Pokemon Go has been released in Australia, New Zealand, and the United States.

- Use teamwork to keep control of gyms.

- Don't venture where it is not safe or you are not wanted.

- Remember your location is being tracked so others might find you.

- At the start, refrain from selecting a Pokemon to get coveted Pikachu later.