How satellites will help solve the climate crisis 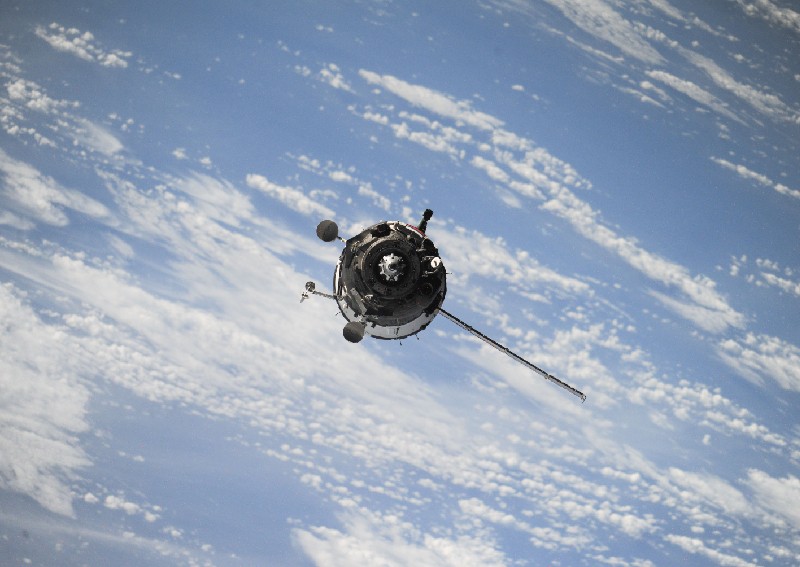 For more than three decades, space agencies like NASA and ESA have been observing Earth from space and monitoring weather patterns and the global climate.

However, one of the upcoming satellite missions presented at the Space Expo, called the Environmental Mapping and Analysis Program (EnMap), is promising an even greater potential when it comes to observing Earth from above. Developed by the German satellite manufacturer OHB, the mission is managed by the German Aerospace Center (DLR).

EnMap uses high-resolution hyperspectral sensor technology to monitor the Earth's ecosystem. It's designed to serve as a successor to the current multispectral technology that has far lower resolution, and limited possibilities in capturing images.

The new satellite captures much more than what is visible to the naked eye. Satellite imagery also contains physical evidence about minerals and other materials on the surface and enables scientists to draw conclusions about any potential change that may have occurred.

For example, if the ocean's surface contains microplastics, a hyperspectral satellite can detect evidence of existing polymer molecules by capturing the data contained in the reflected sunlight.

Cornelius Schalinski, OHB's business developer, told DW that the new EnMap technology is highly advanced, and it would replace the traditional "in situ" measurements that require digging and analysis out in the field. Schalinski pointed out that the new generation of satellites would be supplementing information about the global environment provided by the existing Copernicus programme.

"We want to measure environmental parameters every day, or at least every few days, globally. Climate scientists can only work if they have all the information," Schalinski said.

From agriculture to urban planning

EnMap, which is set to launch in 2021, is an instrument to measure the effects of climate change on both the Earth's ocean and land ecosystems.

Harmful effects of the climate emergency, like prolonged drought and heavy flooding, are increasingly impacting agriculture. It's becoming more and more difficult to feed a growing population, which is expected to reach 11 billion people by the end of this century.

EnMap creators say they aim to provide continuous data that could help farmers prevent crop failures by predicting nutrient deficiency, pest infestations, and water shortages. The satellite data could also be used by decision-makers, like EU institutions, to create better policies for agricultural subsidies, as it would be possible to monitor farmers' declarations on food production.

It's also important to protect the world's forests since they are capable of absorbing 2.6 billion tons of CO2, or around one-third of all carbon emissions each year.

These new satellites could identify whether the management of forests is done in a sustainable way by monitoring deforestation. In comparison to the current measurement tools that use the Moisture Stress Index (DRMSI), the new satellite could also detect early signs of drought, map tree species, and the structure of forests.

Rising sea levels are increasingly affecting coastlines, as well as both coastal and inland water quality. If the melting continues, there could be a 30-60 cm rise in sea levels by 2100. The planned satellite mission will monitor the erosion of fragile coastlines, as well as to detect pollution and particles in water, from organic matter to plankton and dominant algae species.

Managing urban areas, especially those increasingly affected by climate change catastrophes, is also a top priority. It's predicted that by 2050, almost 70 per cent of the global population will be living in cities. The new satellite could be used to plan sustainable cities by measuring the extent to which areas are covered in vegetation, as opposed to concrete and buildings.

But it's not all good news

Despite offering powerful solutions, satellite technology doesn't come without a price. Launching satellites still requires rockets burning solid and liquid fuel. While liquid hydrogen fuel emits water vapour and is less damaging for the environment, solid fuel emits black carbon, as well as other particles like aluminium oxide that damage the climate and the ozone layer.

Although emissions from rocket launches have until now been insignificant compared to aviation, this is only because we have been launching far fewer rockets than we have been flying aeroplanes.

"Indeed there's a pollution effect by satellite launches, but the effect is so small that it does not contribute significantly. If we look at the global scale, there is absolutely not a measurable change in the atmosphere from rockets," Schalinski told DW.

He added that the benefits of satellites and observations from space for society are far bigger than aviation because they enable climate scientists to better understand and measure the effects of climate change, as well as inform their climate models.

In reality, the carbon footprint of rocket launches remains mostly unknown. Extensive scientific research is still required in order to comprehend the scale of the environmental impact of rockets. One thing, however, is certain. The space industry is growing with accelerating speed after a period of stagnation.

Last year saw 114 rocket launches, mostly coming from China and the US. It's predicted that by the year 2030, there will be around 400 launches per year, and with it, an inevitable surge in harmful emissions if a sustainable solution is not found.

Crucial for reporting on climate progress

Paradoxically, satellites remain a crucial and most efficient instrument in providing valuable environmental data. The conference on the new perspectives in Earth observation in Cologne brought together numerous start-ups, firms and organisations that are further developing tools that use satellite imagery.

Among the instruments presented there was the GEO Classifier Toolbox that was supported by several projects including the Satellite-based Wetland Observation Service (SWOS). The tool uses data provided by Copernicus satellites and enables viewing, downloading, and analysing images of remote, inaccessible places on Earth.

Some of these areas, like wetlands, are a crucial part of our natural environment. They mitigate sea-level rise, serve as a carbon sink, provide a habitat for wildlife, filter pollutants, and serve as fertile farmland for agriculture.

The GEO Toolbox can track the extent and status of wetlands, water surface dynamics and quality.

There's a booming market of similar software applications to help governments track and report their progress when it comes to achieving the United Nations' sustainable development goals. But the political will to actually use such technology is still lacking.