Clicknetwork’s infamous video of two influencers making out blew up headlines when it was released – and even after it was taken down. The channel remains popular, even though its content has evolved considerably.

You know you’ve made it as a YouTuber when an 11-year-old video is still being talked about today – despite being taken down soon after it was launched.

It hasn’t been the only video in Clicknetwork’s provocative repertoire to stir controversy – just the only one to be banned.

Since its 2007 inception, Clicknetwork has published numerous YouTube features on plastic surgery, sex shops and even a long-running series titled Bored In Bikinis, which saw two blasé female hosts do mundane things – such as attempting to induce brain freeze by drinking a frozen drink, or casually sunbathing in the middle of Singapore’s bustling Orchard Road – clad in nothing but two-piece swimsuits.

Clicknetwork’s founder Gillian Tan says her intention was never to titillate or produce clickbait – she just wanted to make videos that she wanted to see herself.

“I didn’t have much of a vision or direction back then – I just did what I thought was fun,” she laughs. “It was more of a hobby and creative outlet for me. I just did videos I thought would be interesting to watch.”

Tan, who describes herself as “definitely pretty far left” on the political spectrum, says that she was always surprised whenever her videos caused controversy.

“Singaporeans are still pretty conservative by comparison [to the West],” adds Tan, who produced several shows for Singapore’s Mediacorp in the early 2000s. Shows she has worked on included Eye for a Guy, the country’s first reality dating show; S Factor, a series where 12 models competed for the chance to pose on the cover of a men’s magazine; and Girls Out Loud, the spiritual precursor to Clicknetwork that would show women “everything [they] wanted to know about getting a job, and a nose job”.

“When it came to content creation back then, most people preferred to play it safe, so touching on taboo topics wasn’t the norm,” Tan says.

Today, Clicknetwork has come a long way from its bold, devil-may-care beginnings.

Gone are the features about exotic body piercings and boob jobs; in their place are gentle, non-confrontational videos about beauty tools, workout tips and all manner of life hacks – not that the channel’s 1.2 million fans seem to mind.

As Tan explains, Clicknetwork has always been an extension of herself – so naturally, as she began maturing from a curious 20-something into the 40-year-old head of an international media company, her channel was bound to follow suit.

“Since I produce stuff that I would personally watch and find interesting, the content I produce has matured as well,” she says. “I also find myself leaning towards content that is more meaningful, or that we all can learn something from. My goal isn’t just pure entertainment any more.”

That’s also because Tan is now accountable to a host of clients and advertisers. Beyond its YouTube channel, Clicknetwork has since branched out into an events management company and even a fitness app, all managed by Tan’s production company, Munkysuperstar Pictures. 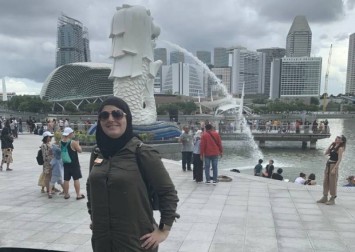 Tan is also credited with carving out a space for women in a traditionally male-dominated media industry, and for creating content that’s not only hosted and produced by women, but also relevant to them.

Only a few men have appeared on the channel, and Tan says she was careful to choose hosts who were, as she mentioned in a separate interview, “not the alpha male type”.

“I chose to focus on content for women because that’s what interested me, and it was what I knew best,” says Tan, who adds that most of Clicknetwork’s hosts and behind-the-scenes crew are also women “for the same reasons”.

Long-time Clicknetwork host Oon Shu An has fronted the channel’s Tried And Tested series for the past nine years.

The series began life primarily focused on beauty, with Oon trying out different methods to get “bigger eyes” or to “fix flat hair”, but has since evolved into an all-encompassing, feel-good series covering food, lifestyle and travel for women.

“I think it’s amazing that Gillian has created this space and platform for women,” says the 34-year-old actress and host, who credits her work on Clicknetwork for opening up several acting opportunities. “For any group of people who aren’t represented in a field, it’s so important for them to be in positions where they can control their own narratives, where they are in positions to make choices.” 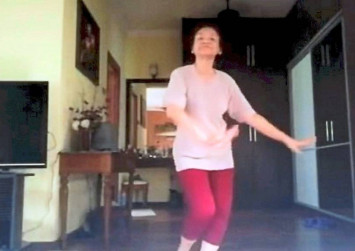 But Tan doesn’t see her trailblazing as a big deal. “I’ve never thought much about the gender thing,” she says. “I guess ever since I started my career, I’ve always been in the minority – so it’s just something that I’ve got used to.”

Tan is similarly blithe about Clicknetwork’s future, given the industry’s rapidly changing nature.

“I’ve always been more of a ‘go with the flow’ person, rather than a planner,” she laughs, adding that she never planned for Clicknetwork’s journey when it began life as a series of “low budget vlogs” produced while on holiday with her girlfriends.

“The industry is very fickle and fast-changing, so I prefer to evolve with it – and I know things will always have a way of working out.”