"Ever since Chinese telecoms giant Huawei Technologies faced a potential ban on the use of Google's Android operating system (OS) after being placed on a US blacklist, company executives have kept the market guessing about when it might release its much talked about in-house developed OS.

The company's latest move suggests the answer could come within a month. Honor, one of two smartphone brands owned by Huawei, announced on Monday that it will release the company's first smart display in early August, without disclosing further details on the product.

Based on recent statements by Huawei executives, it now seems likely that the smart display will be equipped with Huawei's OS, known as "Hongmeng". The executives have said in various media interviews that the OS would be able to support a range of products and systems within its ecosystem, including smartphones, computers, tablets, TVs, automobiles and smart wear.

The Hongmeng OS will also be compatible with all Android applications and existing web applications, Huawei's mobile chief Richard Yu Chengdong was quoted as saying in a Securities Times report published on May 21.

"The Huawei OS is likely to hit the market as soon as this fall, and no later than spring next year," Yu said in a WeChat group discussion. The screenshot of the conversation has been widely circulated on Chinese media, but Huawei has declined to verify the information with the media.

Huawei's own OS is under the spotlight as it is considered an alternative the Chinese company can use to replace Google's Android and Microsoft's Windows on Huawei smartphones, laptops and tablets after the Shenzhen firm was placed on a US trade blacklist that barred it from using key technologies from the US.

As a young technology brand, Honor will not make traditional TVs but will break the rules to innovate the traditional forms for big-screen products, Honor president George Zhao Ming said during a briefing on Monday.

Honor's smart displays will become "the emotional centre of the family", bringing family members back to their living room because the products are "not only a family entertainment centre but also an information-sharing centre, a control management centre and a multi-device interaction centre," Zhao said.

Read Also
According to Huawei execs, HongMeng OS is not designed for phones 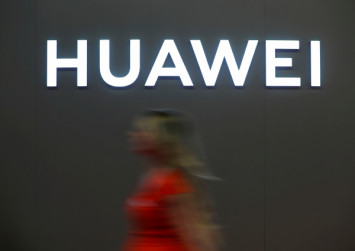 During his speech, Zhao did not discuss what OS would be used for the smart display, though the new product will be the first smart-TV product from Huawei, which is currently China's largest smartphone vendor and No 2 globally.

Huawei's self-made Hongmeng OS is able to run 60 per cent faster than Google's Android and will support the smooth running of the so-called internet of things (IoT) applications and devices, Ren Zhengfei, Huawei's founder and CEO, told French media earlier this month.

Similarly, Huawei's chairman Liang Hua said last week that the Hongmeng OS was meant for Internet of Things applications while Android remained the preferred system to run on its smartphones. Liang said the Chinese company has not yet decided whether to develop Hongmeng for use as a smartphone OS, which contradicted remarks made by Ren and Yu in earlier interviews.

The global smart TV market was worth US$158.4 billion(S$215.3 billion) in 2018 and is expected to reach US$293.5 billion globally by 2025, growing at a compound annual growth rate (CAGR) of 9.2 per cent during that period, research agency Zion Market Research said in a report in March.