Huawei Technologies Co will this week launch HarmonyOS 2.0, the updated version of its in-house developed mobile operating system, as the Chinese telecommunications giant accelerates its move away from Google ’s Android platform amid its struggles with US trade restrictions.

Shenzhen-based Huawei, the world’s largest telecoms equipment maker and formerly China’s biggest smartphone vendor , will introduce HarmonyOS 2.0 on June 2 across a number of devices, including handsets, tablets and smartwatches.

It also aimed to get other smartphone vendors to use the platform.

It remains to be seen whether HarmonyOS will be quickly embraced by consumers and app developers in the world’s largest smartphone market and in major overseas markets.

“Developing a new ecosystem from scratch incurs significant amounts of workload,” said Chen Mulong, a veteran Android programmer who used to develop mobile phones for Nokia. “It is not only users who need to adapt to new styles of apps, it also involves luring a great number of developers to convert to the new platform.”

Chen said it is a tall order for Huawei to build an ecosystem completely different from Android.

Huawei, which was put on the US blacklist in May 2019 , has made heavy investments in the development of HarmonyOS in a bid to shield its smartphone business from trade restrictions as well as to compete against other major Chinese Android smartphone vendors .

The company, which once surpassed Samsung Electronics in global smartphone shipments , has been one of the major casualties of rising US-China tensions.

It is now struggling with tighter restrictions imposed last year, covering access to chips developed or produced using US technology, from anywhere.

Google still provides security and app updates on Huawei devices available before May 16, 2019. But without proprietary Google Mobile Services apps like Google Maps, Gmail and YouTube, Huawei’s newer smartphones have been a lot less useful for consumers outside China.

A senior Huawei executive said the company plans to deploy Harmony OS on up to 400 million devices in 2021 , as the firm manoeuvres to survive harsh US technology restrictions.

Wang Chenglu, the head of software at Huawei‘s consumer business group, said at a forum in January that the company’s goal for HarmonyOS this year is to install it on more than 200 million Huawei devices and over 100 million third-party devices.

“Altogether, the hardware products with Harmony OS will reach 300 million to 400 million units by the end of this year,” Wang said. 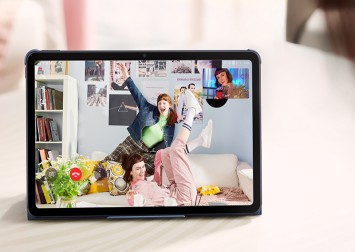 Huawei did not immediately reply to a request for comment on Monday.

Controversy, meanwhile, continues to surround the origins of HarmonyOS.

Huawei has yet to release the source codes of HarmonyOS 2.0.

It is difficult to estimate how much HarmonyOS 2.0 has borrowed from the Android Open Source Project without the source codes being revealed, according to Chen, the Android programmer.