Huawei Technologies, China's leading smartphone vendor, has promised to fully refund the cost of its smartphones and tablets in the Philippines in the event the devices are unable to support popular apps from US companies such as Google and Facebook, after the company was put on a blacklist by the US government.

The full-refund programme allows consumers in the Philippines to get back the price of a Huawei smartphone if apps such as Google's Gmail and YouTube, and Facebook, Instagram and WhatsApp fail to function on the handsets within two years of purchase, Philippine media Revu first reported, adding that more than 30 partner retailers and dealers were part of the programme.

On Wednesday, Huawei confirmed the authenticity of the programme, but it declined to provide further information, including whether it would extend the policy to other overseas markets.

Huawei, which was the world's No 2 vendor in terms of shipments in the past quarter, has seen its overseas smartphone sales drop 40 per cent, company founder and chief executive Ren Zhengfei said in Shenzhen on Monday, without specifying the time period, after the US government placed Huawei and its affiliates on a trade blacklist in mid-May.

The US ban restricts the Chinese company from buying parts and services from US companies without approval. Google and Microsoft, whose Android and Windows software Huawei uses in its smartphones, tablets and laptops, have both suspended access for new Huawei devices. 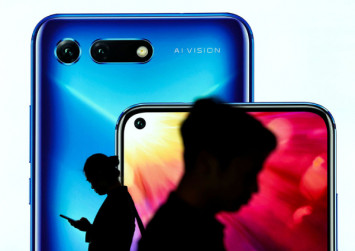 Facebook was no longer allowing pre-installation of its apps on Huawei phones, Reuters reported on June 7, while Richard Yu Chengdong, chief executive of Huawei's consumer business group, told CNBC last week that the Shenzhen-based company has indefinitely put on hold the launch of a new laptop in its Matebook series due to the US blacklist.

Despite dismal sales prospects in overseas markets, Huawei has seen continuous growth in the domestic Chinese market, Ren said at the Monday event, as Huawei has received strong support from local consumers.

During the midyear shopping spree hosted by Chinese e-commerce giants, Honor and Huawei, the two smartphone brands owned by the company, were No 1 and No 3 in terms of sales volume between June 1 and 18 on JD.com, one of the largest online shopping platforms in China.

Huawei is also preparing to launch a self-developed operating system as it faces the prospect of not being able to use the Android OS on its smartphones and Windows OS on its personal computer products.

In May, Yu revealed that Huawei's own OS is likely to hit the market as soon as this autumn, and no later than spring next year, and will be able to support a range of products and systems within its ecosystem, including smartphones, computers, tablets, TVs, automobiles and smart wear.