Huawei put a car, a kitchen and a gym inside a huge new flagship store in Shanghai

A handout photo of Huawei’s largest flagship store yet, which is located in Shanghai’s busy shopping area, on Nanjing Road.

Ever since being blacklisted by the US and losing access to Google apps on its smartphones, Huawei devices have looked a lot less attractive to people outside China.

That could be why China’s largest smartphone brand has gone all out by opening its largest and swankiest flagship store in its home country.

The newest Huawei store in Shanghai opened its doors on Wednesday, and it’s showing off a lot more than smartphones.

Along with the typical Huawei gadget displays, the shop features a car to show off its in-car entertainment system and a kitchenette.

Another area resembles a gym, where visitors can test how the Huawei Watch measures heart rate and synchronizes with the treadmills on display.

In total, the new store takes up 5,000 square metres of space in a historical art deco-style building.

That makes it larger than most Apple Stores in the world, with the exception of the Fifth Avenue Apple Store in New York City that was recently expanded to 77,000 square feet.

It might not be a coincidence that Huawei’s new store is located close to the Apple Store in Shanghai’s Nanjing Road shopping area.

Huawei has been pushing expansion at home after it lost access to Google apps and services last year.

Since being placed on the US entity list that keeps American tech firms from working with the Chinese company without authorisation, new Huawei phones launched overseas conspicuously lack popular apps like the Google Play store, Google Maps and YouTube out of the box.

The company is working on its own alternatives, but analysts remain skeptical about customers outside of China taking a chance on Android phones that don’t come with Google apps. 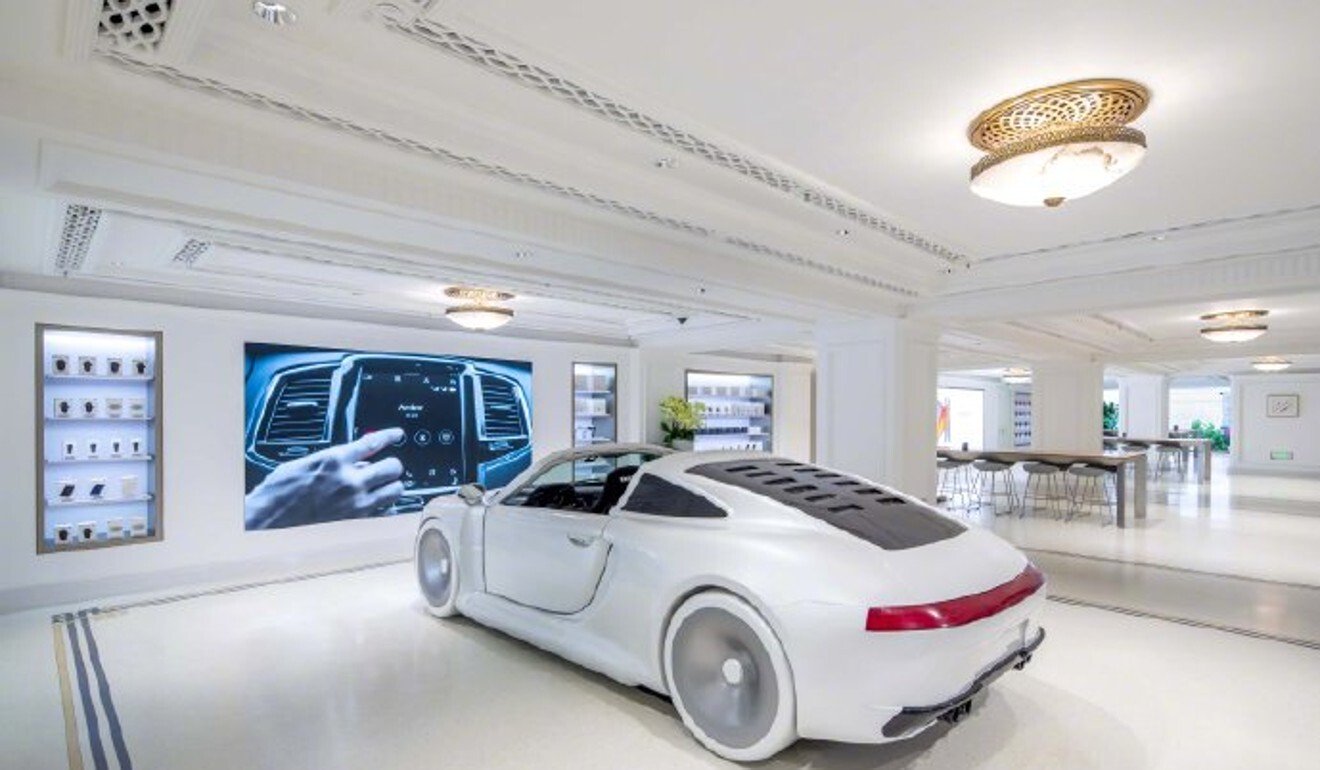 This hasn’t stopped Huawei from selling new devices overseas. The company has multiple stores in Europe, including ones in Barcelona, Milan and the recently opened shop in Paris.

But like some of the company’s products, the Shenzhen store was criticised by some for appearing to take a bit too much inspiration from Apple.

The new location seems to be trying a different approach with different themed areas – and the car, which as far as we know, isn’t present in any Apple Store.

On Weibo, some users poked fun at Huawei, wondering if it has enough products to fill such a large area.

But Huawei says the space will also be used for hosting events with tech experts and artists, local media reported.