BYD introduced the first car with the Huawei HiCar system in Feb.

Huawei Technologies Co and Chinese carmaker Arcfox have launched the first electric car with a full suite of autonomous-driving features, as the telecoms equipment giant looks for new sources of revenue after its networking gear and smartphone businesses were hobbled by US sanctions.

The Arcfox αS HBT is the first car to get Huawei HI, a complete intelligent automotive solution that runs on the firm’s own Harmony OS  and lidar chip, and has 5G connectivity, the company said.

This differentiates it from Huawei’s simpler HiCar smart screen that has already been used in a vehicle from Chinese carmaker BYD.

“It is a next-generation, intelligent and purely electric luxury sedan jointly built by Arcfox and Huawei,” a spokesman said on Wednesday (April 6), adding that the car will launch on April 17.

By bringing all these components together, the vehicle is capable of level-3 autonomous driving, according to a WeChat post by partner BAIC BluePark New Energy Technology, the owner of Arcfox and a leading maker of electric vehicles in China.

This level of automation allows drivers to safely take their attention off the road under certain conditions, but they must still be prepared to intervene when needed.

Lidar, short for light detection and ranging, is supposed to help in this area. It is similar to radar but uses light instead of radio waves, offering higher precision in certain environments owing to the shorter waves.

However, the high cost of lidar has led some to question its feasibility for autonomous driving, most notably Tesla CEO Elon Musk, who said adding it to vehicles would be “a fool’s errand”.

Unlike competitor Xiaomi, which recently unveiled that it is working on its own electric car , Huawei has no intention of making a smart car under its own brand, company rotating chairman Ken Hu Houkun reaffirmed last week.

Hu made the comment during a media briefing to explain Huawei’s slowest revenue growth in a decade. The company has been struggling after being blacklisted by the US in 2019 and blocked last year from using chips made with US technology. 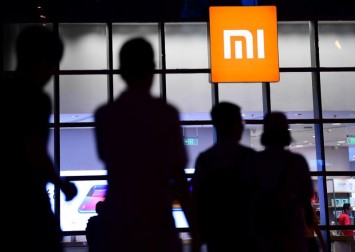 EVs could help revitalise revenue growth, but the market is crowded. In addition to Xiaomi, Chinese search and artificial intelligence giant Baidu is also looking to enter the fray. Beyond China’s big tech companies, there are more than 500 vendors vying for their own slice of the EV market.

Despite Huawei’s repeated claims that it will not make cars, signs of progress with its EV initiative have drawn a great deal of interest within the industry.

“Huawei’s current strategy in the auto sector is still limited to being a supplier, not an EV maker,” said Zhang Xiang, an auto analyst with a government-affiliated think tank, adding that future competition could get more intense as tech giants double down on EVs.

Huawei started to build its alliance in the auto industry last year. It has already signed up 18 carmakers to form a so-called “5G automotive ecosystem” using Huawei’s HiCar system. BYD unveiled the first vehicle with a HiCar smart screen in February at Mobile World Congress Shanghai. The system can also be tacked onto older EV models to give them some smart features.

Huawei’s EV ambitions became more obvious last November, when the company moved its smart vehicle business into its consumer business group under the leadership of Richard Yu Chengdong, the architect of Huawei’s rise as a global smartphone leader over the past two decades.

When it launches later this month, the Arcfox αS HBT will join the three other Arcfox vehicles already available: the Arcfox GT, Arcfox ECF and Arcfox αT. Costing as much as 320,000 yuan (S$66,000), the αT suffered from sluggish sales after its October launch, according to local media reports.