With confrontation between the Trump administration and Huawei showing no signs of abating, the Chinese tech giant has pledged to go ahead with its plan to celebrate the launch of a fifth-generation network research centre in Seoul on Thursday.

According to Huawei Korea on Tuesday, the company will hold an opening ceremony for the research centre as scheduled. The event is expected to take place at Huawei Korea's headquarters in Jung-gu, central Seoul.

But the company said it would keep the ceremony low profile, amid growing concerns about its business activities in Korea. The event will take place without the attendance of local media outlets.

"We are going to open the 5G research centre as scheduled," a Huawei spokesperson told The Korea Herald. "We have discussed the matter for a long time and eventually decided to exclude reporters from the event." 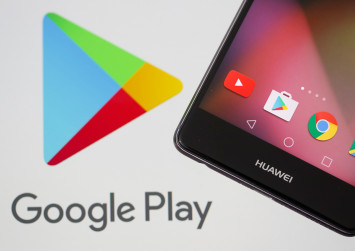 According to Huawei, the research centre, called 5G Open Lab, is designed to showcase its equipment to local small and medium companies. Inside the facility, companies can learn how their services can be applied to Huawei equipment.

The decision to keep the event low profile appears to reflect Huawei's concerns about mounting US pressure on Korean companies using Huawei equipment. The Trump administration has upped pressure on allies to cut ties with Huawei in establishing the 5G network.

The country's major telecom companies face mounting pressure to shut Huawei out of efforts to build 5G and wired networks. Currently, LG Uplus is the only company that uses Huawei equipment for the 5G network in Seoul and the surrounding metropolitan area.