Huawei's H1 revenue up 19 per cent 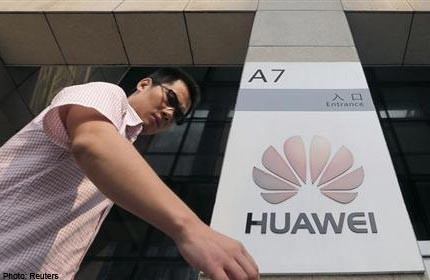 A man walks past a Huawei company logo outside the entrance of a Huawei office in Wuhan, Hubei province on October 9, 2012.

Huawei Technologies Co Ltd, the world's No. 2 telecom equipment maker, said on Monday it will achieve sustainable growth in 2014 after posting a 19 per cent jump in first-half revenue to 135.8 billion yuan (S$27.15 billion).

The Shenzhen-based company also said it expected to generate an operating margin of 18.3 per cent in the first six months of 2014. The company did not elaborate in its brief statement.

Huawei's sales growth in the first half, which the company said was in line with its expectations, comes after a 222 per cent to 270 per cent jump in first-half net profits flagged by cross-town competitor ZTE Corp last week.

Last year, Huawei reported a 10.8 per cent rise in its first-half revenue. The company reported 12.2 per cent growth in its operating margin in 2013.

Huawei earlier this year set a target revenue of $70 billion yuan by 2018, or annual growth of about 10 per cent a year, after posting 8.6 per cent growth last year.