India firm set to ship its $10 smartphone amid scepticism 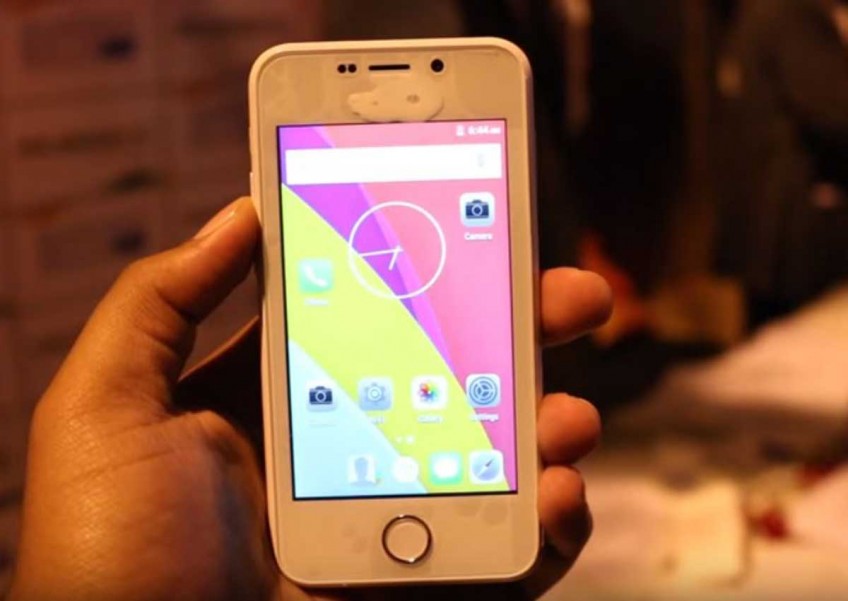 A review set given to journalists in February was clearly a Chinese-made product by a firm named Adcom, whose brand name was covered up with white paint on the front, and by a sticker on the back of the phone.
YouTube screengrab

When a little-known Indian firm announced it was launching "the world's cheapest" smartphone in February, it caused quite a stir.

The phones were due to ship this Thursday (June 30), but this has since been pushed back to July 7, according to the BBC.

The handset saw huge demand in India in the first hours of sale when it was announced in February.

The 3G Android 5.1 smartphone features a four-inch screen with a 3.2-megapixel front camera and 8-megapixel rear camera. It has 1GB of RAM and 8GB of storage, reported The Guardian.

The latest handset unveiled has the feel of an Apple iPhone 5 when held, according to the BBC, which tested it at a demo earlier this week.

The phone has only a handful of applications, such as a calculator, music player, web browser and e-mail.

It is available in either black or white.

However, its incredibly low price tag has raised scepticism.

Indian Member of Parliament Kirit Somaiya went so far as to call the product a "huge scam" in February, reported IndiaTV.

Mr Mohit Goel, the founder and chief executive of Ringing Bells, has denied the allegations, said the BBC.

It said that Mr Goel's family has been in the dry fruits business for years, but he started a smartphone company as he wanted to create an affordable handset.

Ringing Bells has been plagued by other problems since the announcement of the handset in February.

A review set given to journalists then was clearly a Chinese-made product by a firm named Adcom, whose brand name was covered up with white paint on the front, and by a sticker on the back of the phone, reported the BBC.

This sparked a protest by consumers outside the company's headquarters in Noida, India, and led to inquiries by the authorities.

The firm ended up refunding deposits made by more than 30,000 customers online, said the report.

The new handset seen by the BBC earlier this week is entirely different from the original one.

Mr Goel told the BBC the phone costs some 1,180 rupees to make and that his company will lose around 150 rupees on each phone it sells. He expressed hope that the Indian government would provide subsidies.

As the shipping date has now been pushed back to July 7, critics remain sceptical on whether Ringing Bells will be able to deliver the 200,000 handsets it says are ready.