Anantarupa and publisher Melon Indonesia, a subsidiary of state-owned telecommunications giant Telkom, launched the game on the Google Play Store on Wednesday.

Anantarupa director Ivan Chen said they chose to develop MOBA as their data showed that 67 percent of esports enthusiasts preferred the genre to others such as first-person shooters, third-person shooters and real-time strategy.

For instance, he said, the popular game Mobile Legends – a MOBA game created by Chinese developer Moonton –  had 60 million players in Indonesia in 2019 and around 100 million this year.

MOBAs set two teams against each other with each player controlling a single “hero” character who has a unique set of skills.

“Lokapala means guardians of the realm. The heroes, called ksatria [knights], want to protect their loka, or realm,” Ivan said.

In Lokapala, the characters and their stories are based on a mix of Indonesian mythology, culture and history, with most of their names derived from Sanskrit. The game includes Nala, a warlord of the Majapahit empire, and Vijaya, a prince of Javanese Hindu-Buddhist kingdom Singhasari.

“Hopefully, it will cause more developers to put cultural narratives into their games,” he said. 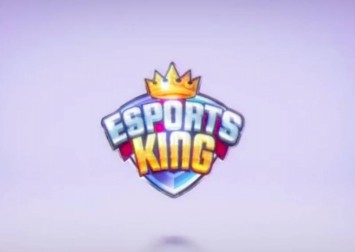 Ivan added that the most anticipated breakthrough of Lokapala lay in its role in esports.

“We will soon host our first competition, where participants will be invited to contribute to the Covid-19 response. All the funds collected from the tickets will be used to procure supplies for medical workers,” he said.

Lokapala is set to be featured in a number of online game tournaments from May to December, including the 2020 Youth and Sports Ministry Cup – an amateur championship for students at 350 schools in 35 cities – the Melon minor tournament and Melon major tournament.

Melon Indonesia CEO Dedi Suherman said the company would keep expanding its host partners. “We used to be a game supplier before operating as a publisher. Therefore, we will also offer Lokapala to various tournament hosts,” he said.

During the pandemic, tournaments will be held online, with referees present through video calls to monitor the match and ensure that participating players do not cheat, said esports international referee Stanley Tjia.

As mobile games have allowed a new, more flexible way of gaming, esports enthusiasts can play almost anywhere as long as they have a smartphone and an internet connection. “Everyone can be a champion in e-sports, meaning the market is huge,” Stanley said.

In fact, the government has started to consider the industry the future of the creative economy, Deputy Trade Minister Jerry Sambuaga said on Wednesday while congratulating the makers of Lokapala for its launch.

Gamers in Indonesia spent US$ 1.1 billion (S$2 billion) on games in 2018, according to gaming market research firm Newzoo, more than in Thailand with Rp 667 million, Malaysia with Rp 633 million and Vietnam with Rp $472 million. 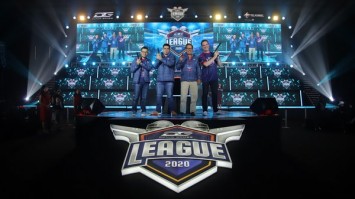 “Yet domestic [game] industry players only made 0.02 percent of the market share in Indonesia, while the rest were occupied by foreign-made games," Ivan said, "More locally made games played by Indonesian gamers means more revenue for our country,” Ivan said.

The challenge, however, will be to grow a player community amid the already well-established and massive fanbases of other MOBAs such as Mobile Legends, Arena of Valor and Vainglory.

“We’re thinking about how to build a Lokapala community. We plan to establish a point system for every player who joins our official competition so that they can build track records. From there, pro players can find each other and gather,” said Ivan.

Telkom digital business director Faizal Rochmad Djoemadi said the company was ready to support infrastructure for digital games and provide an incubator for game developers to expedite the creation of a local games ecosystem.

“We also aim to have 170 million Telkom customers as the accessible market for Lokapala,” he said.